The first car I'll ever buy

So I’m new to the whole car buying thing, this is the first time I’ve ever bought a car for myself. I currently own a Volvo wagon 240 1991 and I think I want something similar, but I want to hear about other peoples opinions about what they think will be a good car/buy. I want four wheel drive, a wagon and I want it to last. Currently I’m looking at a 2001 Volvo V70 XC. your thoughts are greatly appreciated thanks.

Don’t do it. See these replies to someone else who asked the same question:

Get yourself a Subaru. The Volvo will be a nightmare.

So Trust Me, If You Want A Car To Last, Start With Something Considerably Newer Than 10 Or 11 Years Old. Save Up For A While To Make It Happen, If Necessary.

A car that old has already lasted.

My only thing is that my volvo now doesnt cost that much in repairs per year and is quite cheep to keep up and its a 1991 is it a year thing?

Big difference between your old 240 and the V70, both in terms of cost and reliability. That’s how a lot of older Volvo owners get burned. They think, hey, my old 240 was great, why not upgrade to a newer V70 (or whatever)? Then they have huge repair bills on the V70 and vow never to buy a Volvo again.

Do yourself a favor and make the 240 the last Volvo you ever own.

Invest in the car edition of Consumer Reports…and read it. 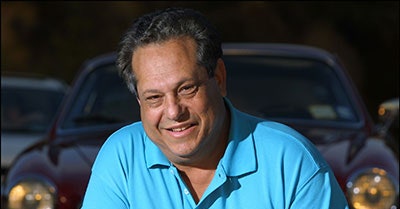 Irv Gordon has some advice for keeping your car running forever: Follow the factory service manual, replace worn or broken parts immediately and don’t let anyone else drive your car. Those simple rules have allowed Gordon to rack up a record-setting...

So if the volvo is the wrong buy what car should i be looking in to.

“Get yourself a Subaru. The Volvo will be a nightmare.”

An old Subaru will also be a nightmare, unless you enjoy screwing around with head gaskets, timing belts, AWD problems, matching and rotating tires, etcetera. Do yourself a favor and avoid old Volvos and Subarus.

Don’t take my word for it. Search this site for Subaru problems.

Go to the top of the page and click Actual Car Info, then Car Talk Auto Advisor. Enjoy.

Mazda still makes (or made as recently as a couple of model years) a “3” and “6” model traditional station wagon. If you don’t need a traditional wagon and want a small SUV, the Toyota RAV4 and Honda CRV are excellent vehicles. Ford Flex is pretty cool but may be out of your price range.

That’s real life experience and about as succinct as it gets.

If not a V70 Volvo then what? First question is what is your budget?

If you buy a used car you have to realize that someone sold it for a reason, which is often an expense coming up soon. Such as major maintenance, like a new timing belt job at 90K mles. Or, the exhaust system is shot. Or, they don’t want to put new tires, brakes, and struts on the car. In the 1st year you own the car you’ll have significant “reconditioning” expenses, it is used and that means stuff is worn out or will break on you. In addition to your budget to buy the car you need to have about $1,500 to 2,000 in the bank earmarked for repairs, new tires, etc.

Then you have to figure out what you need, which is different than what you want. Do you really need AWD? AWD adds mechanical complexity, which as a car ages means more repairs and more expensive repairs. Winter tires are relatively cheap and any FWD car with winter tires can do just about anywhere. The more luxury features you get, the more stuff can break. That fancy radio, gps, screen in the dash can cost $1,000 to 2,000 to replace if it goes blank on you. Remember you have no warranty so replacing stuff is on you. Power seats, windows, moon roofs, etc. are great on a new car and can be a bother on an old one. Switches, little motors, can all fail. So, your fancy 10 year old luxo wagon could have one or two windows that don’t work and a heater that only works on defrost. Keep you used car as simple as you can. Less to break, and less to fix.

Components (windows, and heaters) tend to last longer on some brands than others. That’s why Honda and Toyota make popular used cars. All the stuff in the car seems to last longer than the same stuff in a VW for instance. A 10 year old Jetta will have more issues with electrical stuff that doesn’t work than a 10 year old Civic. The current crop of domestic brands (Ford, GM) seem to hold up well, not so with Chrysler products. A used Neon isn’t going to hold up too well compared to a Civic or Corolla.

Do some research and consider what you really need. Don’t blow your whole budget on the car and then nothing in the bank when it breaks. Look in the glove box for service receipts. The car with a known service history can be worth more the a car which you have no clue about what kind of service it got and when. Salespeople can lie to make a sale, so verify what they say. Take the car you are interested in to a mechanic for a good pre-buy inspection. This inspection can reveal issues with the car you wouldn’t have discovered on your own.

There is no more 6 wagons. Only the Mazda 3 and 2 are available in hatchback/wagon form. Unless you count the Mazda 5 as a wagon.

Going by Edmunds price range of the V70, a domestic brand will get you the newest vehicle in that price range(assuming $5~6k). Providing you can find one, a 2004 or 05 Ford Taurus wagon can be had for the same price as the 01 V70, and will be MUCH cheaper to repair/maintain than the V70.