The first Cadillac EV has rolled off the assembly line

Originally slated for late 2022 production, GM went all-in on the new Lyric model, and was able begin production several months early. Notable is their re-formulated battery technology, which contains less cobalt than earlier EV batteries, and also features the inclusion of some of the circuitry w/in the battery modules, thereby eliminating nearly 90% of the wiring. 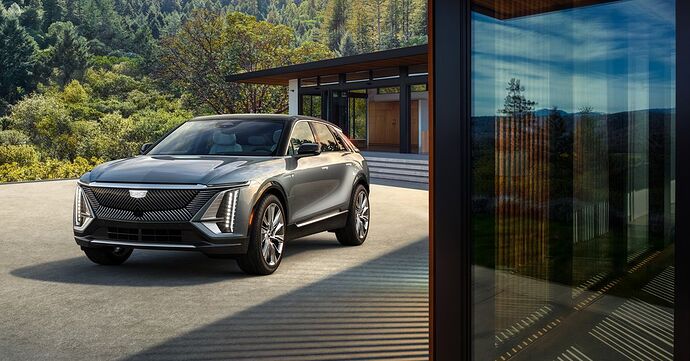 Customers can place an order starting May 19th.

Looks great. I hope it works out for them.

I wasn’t fond of the styling of the previous generation of Cadillacs, but I think that this one looks really good. Whether it will actually be good remains to be seen.