The best and the worst drivers

… by state, as compiled by an insurance-centric website.
Let the bickering begin! 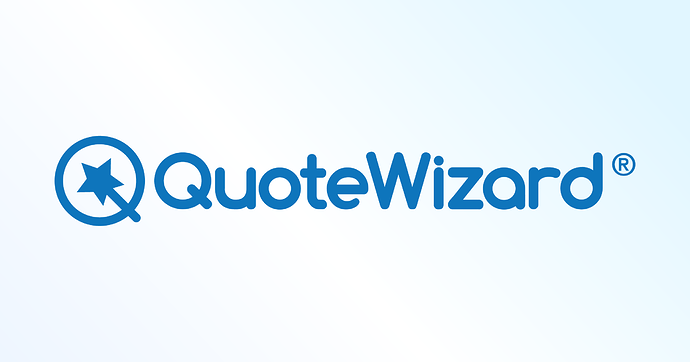 QuoteWizard paired 10 million data points with state fatality info to determine the best and worst driving states in the nation — and to help settle a few rivalries, too. We also provided an indication of how all 50 states rank in 2022.

For years ive heard that “New Jersey drivers are the worst in the country”. I am now happy to be able to refute those remarks with actual data. We’re not even in the worst 25.

I’d think Florida should be HIGHER on the worst list!

I have never seen so many reports of hit-and-runs on pedestrians, bikers and motorcyclists in any state I lived or visited! I sold my motorcycle because of these crazies!

Can’t speak to other states but I have a lot of Calif driving experience of course, and some in Utah. IMO Utah drivers if anything are better than Calif drivers. Problem in Utah isn’t the driver’s so much but the roads. Not as well-designed & maintained for safety compared to Calif roads.

As far as Calif drivers go, politeness and courtesy-wise, things are definitely on the decline, especially noticed over the past 5-10 years. Rude-driving behavior leads to accidents imo. In early 80’s if a pedestrian were waiting at cross-walk to cross the street, nearly every car passing by would come to a complete stop and allow pedestrian to cross . Now, lucky if cars even slow down.

Not doing a studious look at the study, it seems that the results can be skewed by enforcement actions. More tickets yields a poorer rating.

I will say though as anecdotal that many Iowa drivers stay in the left lane when they get to Minnesota. What are they afraid of? In Wisconsin depends on the road. Some you can get pulled over for a couple miles over and other you’ll be run over for not driving 80. Of course Indiana with separate truck speeds just causes endless lane changes risking accidents. In South Dakota people seem perfectly able to safely drive 80. A long way to go and a short time to get there. Maybe they had separate figures for rural vs. urban conditions which can make a big difference.

And the road sign yesterday said slow down and Yule . . . We we are sure to have a lot of confusion with kids thinking Yule means you will. Add that to the brake list. I wish they would stop it.

many Iowa drivers stay in the left lane

That habit–unfortunately–is not limited to Iowa drivers. When I am cruising on the Interstates here in NJ, whenever I encounter a car driving in the left lane–UNDER the speed limit–they are almost always from NY, and there are also a significant number from PA who engage in that strange and dangerous practice. They never seem to notice that every other vehicle is zooming past them on their right.

A couple of days ago, we had a really bad accident on The Garden State Parkway. According to witnesses, the elderly woman driver first pulled onto the right shoulder of the road, and as soon as she attended to whatever she needed to do, she drove clear across 3 lanes of high-speed traffic in order to try to reach her desired destination in the left lane. She was hit by a motorist who was driving in the center lane, and she was killed, while the other driver sustained serious injuries.

Left Lane Lurkers, a term used by the Chief of Police in a neighboring city, are common on Florida’s Space Coast. Unfortunately he is the only LEO that seems to be aware of the situation. I have witnessed Sheriff, State Troupers, and police vehicles passing on the right, you would think they, at the minimum, would hit their lights to get the offend driver to change lane, but no.

I have witnessed Sheriff, State Troupers, and police vehicles passing on the right, you would think they, at the minimum, would hit their lights to get the offend driver to change lane, but no.

Fortunately, a few LEOs do take this seriously.
Take a look at this old video of a NJ State Trooper herding a left lane hog over to the right lane, where he belongs.

(Note: Some obscenities can be heard on the sound track) 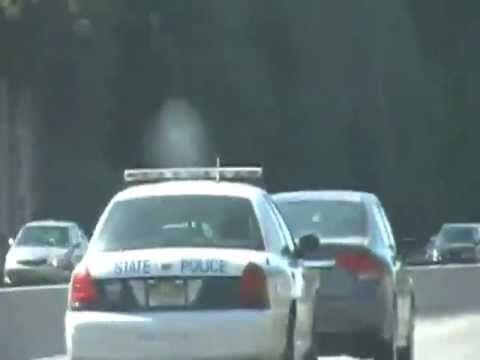 Left Lane Lurkers, a term used by the Chief of Police in a neighboring city, are common on Florida’s Space Coast.

You must mean on I-95. There aren’t many highways on the Space Coast except I-95 and the Bee Line. I never noticed many left lane lurkers on those roads. If you mean US1 or A1A, then of course there are lots of drivers in the left lane. It’s basically city driving.

I’ve driven in many parts of this country…and Massachusetts is the KING of left-lane-lurkers…with NH right behind them. It was less then 20 years ago the NH passed a law saying to only pass on left.

Primarily US1, a lot of slow traffic in left lane. Three lane areas of US1 give you a few more chances to get around the slow drivers.
Two lane section often have slow drivers matching speeds in both lanes.
I95 isn’t much better, three lanes, but not uncommon for slow traffic in the center and left lanes.
The Bee Line (528) renamed Beach Line years ago, is somewhat better until rush hour. East of Bithlo you can do just as well on 520.
So much for todays travel tips!

It was less then 20 years ago the NH passed a law saying to only pass on left.

So, if someone is dawdling in the left lane at 45 mph, nobody can pass him/her on the right?
That sounds like a perfect way to set-up traffic problems.

I had a girlfriend who moved from CA back to her native Massachusetts in the 90s. I was on a fall road trip using her apt as base camp.

For reasons that escape me, we were driving separately back to Boston after being out in the country in MA or NH. For simplicity, I followed her since I didn’t know the geography. It was a divided highway, 2 lanes in each direction.

With very few cars on the road at that time of night, I was amazed that she would drive in the right lane for a while, then change to the left with no other cars ahead of her. A few miles later, she’d change back to the right. Then to the left. I don’t remember this behavior when she was in California.

Now I understand. I gather this is a regional illness?

I have driven in many states, I know here in WI often it is a you go, no you go at 4 way stops, Have never really noticed one state or city is worese than another, but have never driven in Boston, or NYC. Chicago is fine, San Fran ok, Seattle etc. ok

One reason Wolfman Jack became so famous was the AM station that broadcasted from over the border in Mexico where at the time they basically could broadcast as much power as possible. His broadcast could read the Dakota’s. So basically the whole mid-west could listen to him.

I had similar thought but I’m pretty sure he meant left lane is intended for passing only. That is what both NH and MA are reinforcing in their messaging. What is happening on the streets is a different matter

I looked this up some time back because there was a coworker who would not believe it is legal to pass cars on the expressway in the right lane(s). The laws specifically mention that it is legal on same travel direction, multi-lane roadways. Not surprisingly, he was still skeptical after seeing it in black and white…

there was a coworker who would not believe it is legal to pass cars on the expressway in the right lane(s). The laws specifically mention that it is legal on same travel direction, multi-lane roadways. Not surprisingly, he was still skeptical after seeing it in black and white…

The NJ Driver’s Manual states that…
Most passing should be on the left, but on multi-lane roads passing on the right is permitted. Passing should never be done on the road shoulder.

Many years ago, when I first took the AARP’s Driver Improvement course in order to get a discount on my insurance, the instructor stated that passing on the right is prohibited, so I gave her the same scenario:

If someone is dawdling along in the left lane of I-287 at 45 mph, are you telling us that nobody can legally pass him/her on the right?

She hemmed and hawed, and once I whipped out the Driver’s Manual and read the relevant text to her, she had to admit that she was wrong. She was an unpaid volunteer, and she was a nice lady, but she shouldn’t have been “teaching” that course.

For several years, the AARP course has been available online, and it is a BIG improvement over the in-person courses.

So, if someone is dawdling in the left lane at 45 mph, nobody can pass him/her on the right?
That sounds like a perfect way to set-up traffic problems.

I phrased that wrong. You are to drive on right and only pass on left. You not suppose to be driving in the left lane unless you’re passing someone. It’s been law in NH for 20 years now. But it’s NEVER EVER enforced.

I took the on line aarp this year. Normally my agent did a course but he quit doing them now. I guess it was ok but nothing spectacular. The amusing part was the spent a lot of time telling friends and relatives how to identify people that should have their keys taken away. I thought this was contrary to the purpose of the course to raise self awareness and improve skills as we age. I have grown though to not be a big fan of aarp, so that may have colored it.

It reminded me when our church went through their intervention phase. This was after their marriage encounter phase where we had a rash
of divorces afterward. At any rate I knew one guy that came home to a half dozen or so interventionists of concerned parties and off he went to place to dry out. I carted his wife up for visiting hours on my way to work. I don’t remember how it turned out in the long run but I always wondered if his home life was a reason for the alcohol. Seemed a little Orwellian. Kinda like we think you are wasting too much of YOUR money so we have taken your checkbook, cash, and credit cards for your own good.

Barky an hour or two driving in Manhattan can drive a person over the edge. I spent a summer driving a taxi in manhattan one year. It was the hardest work ive ever done.