Tesla disables car for man who doesn't pay for repair

There may be more to this story. I don’t know. Maybe the telemetry sent to Tesla indicated the battery was about to combust so they disabled it in the name of safety. I don’t know but these remote kill switches enable car companies and the government more ability to control what you can and cannot do.

I know people think I am probably a little too worried about this but I feel that new technology being pushed in cars will just be another way to control the population. We have already had enough of that in the past few years. 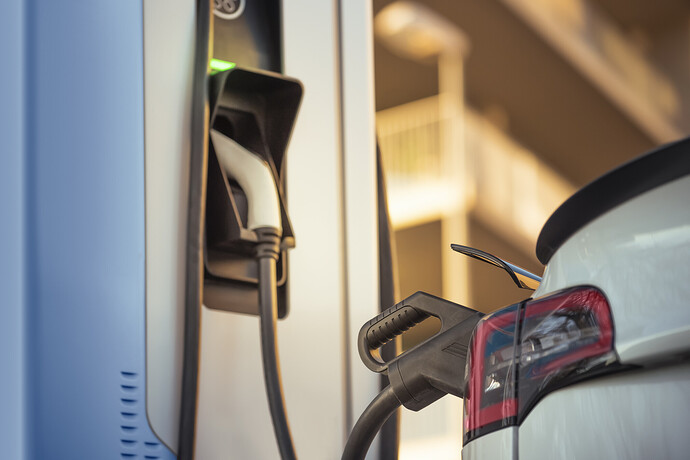 "Now Tesla is trying desperately to hide the fact that they have these issues with the batteries that need to be recalled," Mario Zelaya said.

Well $26,000 is $26,000. I got another notice from Onstar today warning that there 2g network that enables the button in the ca is going away in December. But hey I can download their app and the
rate is being reduced to $15. I should have cancelled years ago but just didn’t.

Now I don’t want to anger anyone but their notice had three things that told me I don’t want anything to do with them. First of all, their mailing came from dc. What are they doing in washington? Not exactly a car place but a spy place. Secondly their telephone number uses the European dots instead of dashes like normal numbers. Yeah I know, big deal, but it still says something. Thirdly I won’t go into details but their picture of the helpful lady at the computer screen is dressed for a snow storm. We just don’t need each other anymore.

Now how do I get the OnStar sticker off my window.

I need to find a place to store some cars until I need them. Never before have old cars become so valuable (to those of us who care about privacy, etc) and so desirable! Right now someone on Craigslist here is selling a 1997 Ford Escort cheap, and all it needs to run is a new timing belt. I would love to have that car, but sadly I don’t have anywhere to store it. There’s only parking for 4 cars here, and I already have 3 cars and a truck.

First of all, their mailing came from dc. What are they doing in washington? Not exactly a car place but a spy place.

My guess is that OnStar has an office in DC. Their HQ is in Detroit unless they moved recently.

I’m sure that there are spies n DC, but mostly from our adversaries and housed in their embassies. The Government has their hands full in DC with them. There are a lot of spies across the Potomac River in Virginia at the CIA. There’s even a sign at the exit off the George Washington Parkway telling you it’s there. When I was about 20 there was no CIA sign there, only one for the Alaskan Highway Bureau. If you have any industrial or military facilities nearby there may be spies in you neighborhood too.

Just looked up Onstar- I’ve never heard of it. We use AAA and have always been taken care of within a reasonable time period whenever we break down. Onstar seems excessively motivated, and too flashy; to me, the more things that are promised (appealing to the what-if crowd) the more they’re bound to fail. Paranoia everywhere, these days- what-ifs and who’s doin’ what to whom. These threads are interesting and thought-provoking.

Yeah I got it free to start and just never canceled. It was nice because if you got a check engine light you could hit the call button sitting in the garage and a rep would tell you what it was and what to do. Then I’d get monthly maintenance and tire pressure reports. The rest of it I had motor club anyway. They have a record of every oil change. Maybe I should print that before I quit. I keep my own records though anyway.

Yeah I got it free to start and just never canceled. It was nice because if you got a check engine light you could hit the call button sitting in the garage and a rep would tell you what it was and what to do. Then I’d get monthly maintenance and tire pressure reports.

I guess that’s okay. I brought my car in today because after an oil change, it turned out they never reset the mechanism that tells you when it needs servicing. We did a lot of driving this summer and I thought I was overdue for something awful. Wrenches, engine lights… nothing wrong, just needed a reset. A call button may have been useful, but I’m still trying to figure out that Sirius XM! hopeless.

Yesterday’s tomatoes. I’ve been aware of this for over 3 decades. Don’t forget the Israelis. They have a large contingent as odd as that seems.

It’s hard to discern from the story but my interpretation is that this particular owner had his battery fail and can’t get into his car unless/until the battery is replaced. The repair will cost $26k and he is unwilling to agree to that. It’s not that Tesla locked him out, he just can’t get in because the electronics are not powered. It even mentions people telling him to get inside by disassembling the front end but he isn’t up for that either.

The issue I have is this is nothing new. He claims there is a defect that has been causing damage to the battery over time and now, outside the warranty period, it has failed. He says they should have been proactively checking the battery during the warranty period, at scheduled maintenance intervals. Well, they don’t do that kind of thing for an ICE car, why should the Tesla be special? No one is doing a proactive analysis of the condition of your car parts when you go in for an oil change.

If he feels they should cover this repair due to a systemic design flaw, then he has avenues to pursue that don’t involve media hysterics.

For the sake of argument, let’s say Tesla does a repair and then the owner refuses to pay for it. So what if they can disable the car remotely. It’s really no different than hiring someone to repossess the car or like the parking authorities putting a boot on your car for non-payment of fines. The end result is the same, the car is no longer usable by the owner until financial issues are resolved. I don’t see this as a huge issue. In fact, I see it as somewhat good for me as a consumer. Thefts would drop dramatically as the only criminals would be those that pilfer the cars for parts- a small minority of thefts. People that do not pay for their cars would not be able to hide them from repossession and continue to benefit at everyone else’s cost. Car chases would be a thing of the past. Yes, there is potential for over-reach, I am just not too concerned it would come to pass and remain due to overwhelming public opinion against it.

The interlocks and speed limiters I am completely against. Solving minority problems while hurting the majority, not a fan of that.

That is a very well-stated summary, TwinTurbo.

It’s not that Tesla locked him out, he just can’t get in because the electronics are not powered.

I think it’s the 12V battery that manages these functions. Funny thing is, if the 12V battery goes dead, you lose the ability to plug in the Tesla to charge it! You have to use a 12V jump starter first!

I wonder what would happen if you removed the ability for the Tesla to communicate with the mobile phone network, other than voiding the warranty?

Good question. Aside from not being able to download patches remotely, I wonder if there are other consequences. Perhaps their charger network wouldn’t recognize your car anymore? I doubt it would disable the car as that would be a safety and liability issue that most companies would be reluctant to expose themselves to.

The way it’s been explained by James May of Top Gear and The Grand Tour who owns a model S is the 12V battery gets charged along with the big battery but once the big battery’s at full charge you don’t charge the 12V battery any further. He had to use the manual frunk release to get to the battery and charge it enough to be able to get into his car
James May’s Tesla Model S has failed! - YouTube

I didn’t know these had a 12V battery as well as the EV battery. Is this a standard lead-acid just like a regular car? One could simply replace or charge that battery as another solution. Put it on a battery maintainer so you can at least open the doors until something is done about the main EV battery.

If the 12v battery goes dead, the car is dead…you can’t open the doors, nothing electronic works.

I would be willing to bet that you can’t replace it yourself…horrible location or “the computer” needs re-calibration if the 12v goes out…I’d bet on it.

I do not think you are joking. However, I am surprised about the level of concern you have about it. We can imagine all sorts of wild scenarios for abuse of technology. It doesn’t mean they are necessarily realistic…

Suppose you are right and this does happen in our lifetime. I promise to share my design for a jailbroken controller with you. Does that ease your mind?

I don’t want to upset anyone but I think we had a pretty good test in Minnesota. I was always told the health commissioner was the most powerful person in the state. But she used the gov to implement the restrictions. Just reading the tea leaves, I don’t think she’ll be keeping her job much longer. I think there might be a significant reduction in emergency powers coming.

It’s the old pendulum that just when you think it is moving too far in one direction, it gets pulled back. I wouldn’t be providing either one of them more computers or technology. Nice lady but blew it here anyway.

Believe it’s a standard lead acid battery, in his video James May installed the same trickle charger connector to the battery he’s used on his other cars so he can charge it easier,

The car doesn’t come with a key?