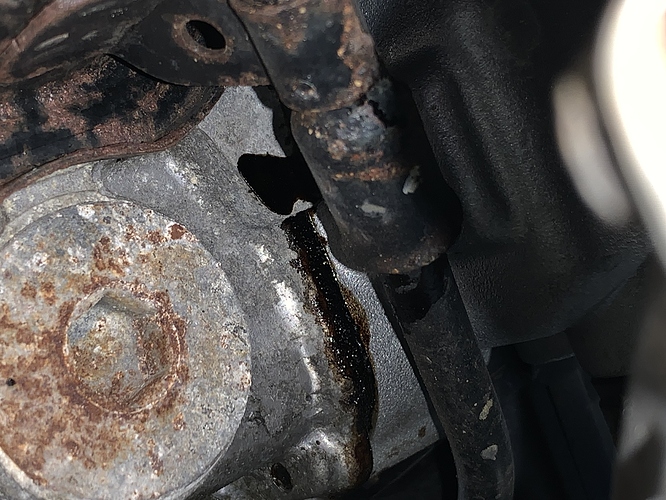 Recently my 2011 Subaru Impreza has been going through a lot of oil. I thought it was just burning oil but then I found what appeared to be an oil leak. Based on the pictures does anyone know what this could be? The leak is underneath the car next to the oil pan near the oil filler pipe. It doesn’t appear to be a bad leak but I noticed that it looked like some oil had dropped on to the oil filler pipe.

Check around the valve cover gasket because 80% of them are found there.Also, check around the oil pan gasket for leaks. Clean the area first with aerosol brake cleaner to find your leak.

hard to guess from your picture

Subaru EJ 2.5 liter engine (the one you have) was prone to head gasket leaks.

Before 2007 they were failing between the cylinder and coolant passages, leading to quite catastrophic damages.

After 2007 (your case!), they were prone to developing OIL leaks, which were external, so if you see this between the head and the shortblock, it may be the case. This particular type of leak is of lesser concern to compare to how it was on older engines, but if you really getting dry on oil, it might warrant a repair.