Recently my 2011 Subaru Impreza has been getting low on oil. I went under the car and discovered oil. To me it looks like the head gasket is leaking, as this is common on Subaru’s. Just looking for a second opinion.

… or it could be a case of seepage from the valve cover gaskets.
I would suggest retorqueing the valve cover bolts, and also a compression test, just in case it does involve the head gaskets. 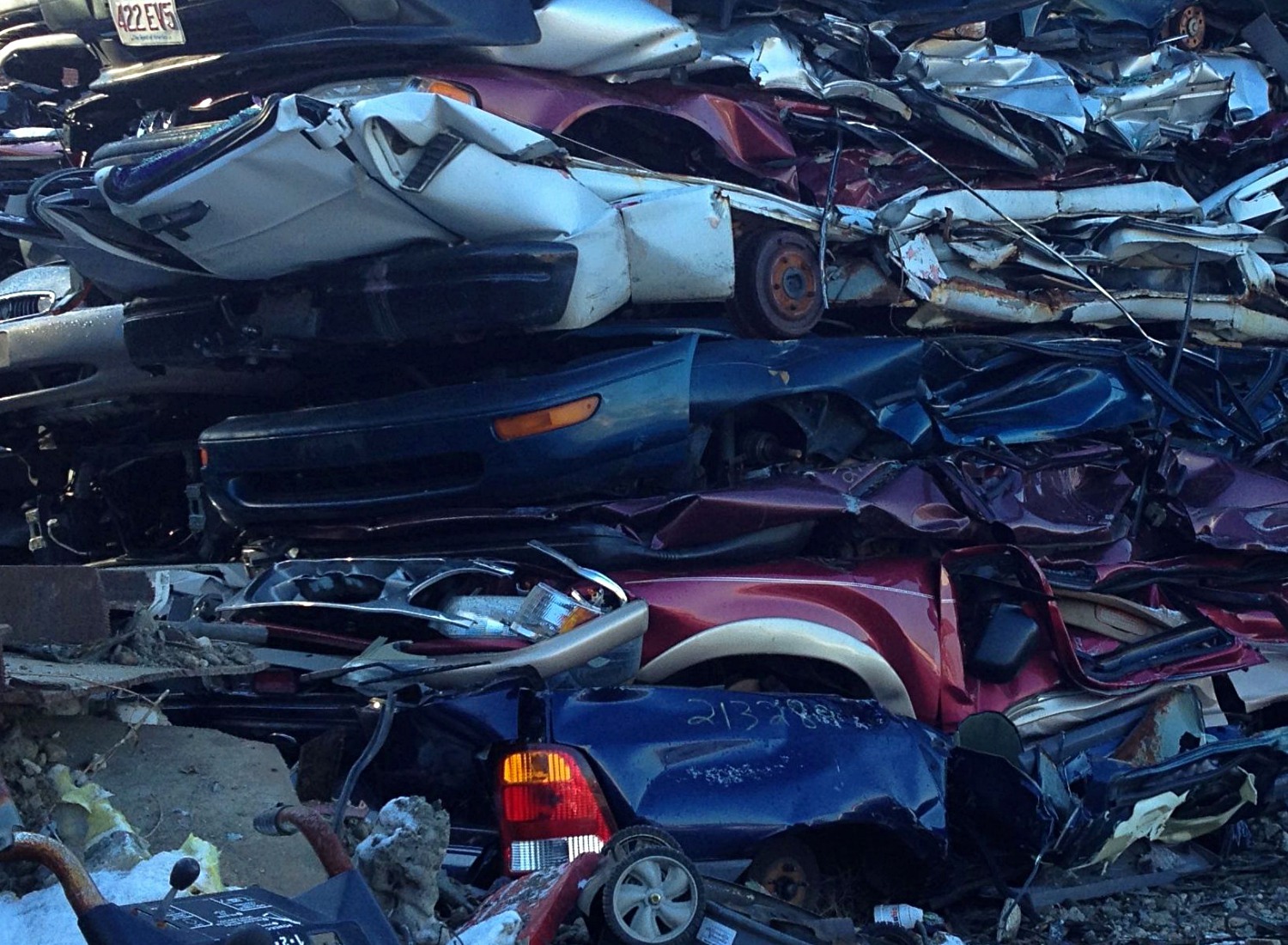 Sue just changed the head gasket on her 2002 Subaru Forrester. Now it's leaking oil. What gives?

Head gasket incontinence mostly involve coolant/cylinder pathways, or oil/coolant paths; i.e. not the usual cause for external oil leaks. If your Subie is needing an oil top-off more frequently than it used to, the 3 most common reasons are (1) valve cover gasket leaks; (2) problematic piston rings; and/or (3) problematic valve stem seals. There’s a saying that when you hear the sound of hoofs, think horses first, not zebras. The “horse” here is the valve cover gasket leak. An experienced shop should be able to spot a valve cover leak without much effort, so you might want to get a pro-diagnosis, then if you want to fix the problem yourself, you still have that option.

The “leak” you show in your photo doesn’t look like much of a leak. Is there oil dripping on the ground when parked over-night? How much oil do you need to add every 1,000 miles to keep it topped off? Any signs of oil in the coolant? Coolant in the oil? Puffs of blue or black smoke out the tail pipe when first starting the engine?

There is no oil dripping on the ground when parked overnight. I had to add almost a quart for a little under 3,000 miles. There is no signs of oil in the coolant or coolant in the oil. Also no blue or black smoke when first started.

You do realize that is accepted oil consumption on new vehicles?

The engine is burning oil.

Yes I do know that Subaru’s are known for burning oil and Subaru even says that they do from the factory but this happened in about less than a month I check the oil frequently and it significantly dropped in about 2 or three weeks. I then discovered the leak so I’m not sure if that’s why or not

It is what it is!

You can clearly see oil leaking in the picture I don’t think that’s normal​:thinking:

Please refrain from using “head gasket sealants”: these are mostly intended to seal coolant leaks and they will most likely make more damage than good as they tend to contaminate entire cooling system. besides, you do not have a COOLANT leak.

The picture you submitted covers too little area to get a good idea where the leak is located.

Look at this picture, this is the same EJ253 you have, but it’s a remanufactured engine with valve covers removed: 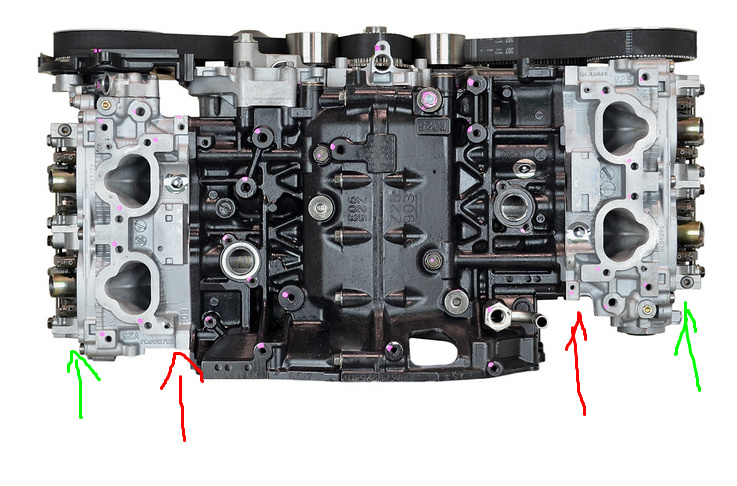 I marked location of head gaskets as red and valve covers/gaskets (removed on this picture) with green.

It will be next to trivial to fix valve cover leaks. If you go for gaskets replacement, make sure to replace spark well tubes seals too.

If you have headgasket leaks, do not use “sealer”, you will regret it later. Go for proper fix.
@ok4450 suggested before he was working on a number of Subarus in dealership shop and I believe he ws suggesting tightening head bolts. Hopefully he would chime in with some better advise.

I’ve no experience with the Subie boxer engine, but when I look at OP’s photo I was thinking it is where the engine meets up w/the transmission; i.e. the bottom of the photo above.

Looking at his picture again, it is an exhaust flange/pipe on the right, it must be attached to the head, so looks like he indeed has an external head gasket oil leak

the model year also suggests it is a likely culpit

You may not be able to find anyone willing to do it, but I’ve fixed (?) some leaky Subaru head gaskets by retightening the head bolts. In theory this is not supposed to be done. In practice it can be and MIGHT be a cheaper alternative. Torque is irrelevant; just yank them down and see if the bolts nudge a bit.

My opinion on Subaru head gasket and the prevention of failures in the first place or future failures after a HG replacement is usually at odds with others. That being said, I have stopped leaks by retightening bolts and after changing what seems like hundreds or even thousands of Subauru head gaskets I can say that I have never had one fail on me at a later time.

I respectfully disagree with you

At the Benz dealer, at least 2 generations of their bread and butter straight 6 engines were very well known for leaking engine oil externally, but no mixing of engine oil and coolant occurred in those instances. 103 and 104, in case you’re wondering

And it’s not only on those specific engines . . . I’ve seen this phenomenon on plenty of other engines over the years. Head gaskets leaking/seeping engine oil externally, yet no other problems.

It all boils down to the owner’s tolerance level for engine oil spots on the driveway, checking fluid levels regularly and topping off as needed

My 1984 Chevy Cavalier 2.0L engine weeped oil at the head/block interface. I tightened the head bolts to the correct torque or a little more. The weeping stopped and there were no other engine problems. I traded in the car at 207,000 miles. It was pretty well used up and its heater core was leaking.

Back in the 80s Nissan had an issue on some of their four cylinders leaking oil externally.

OP, let us know where that pesky oil leak is coming from, once you get it properly diagnosed.