Stay 200 ft back or I break your windshield! 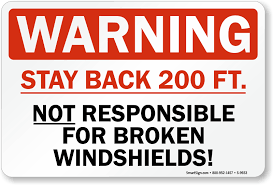 It could be reworded: “If you can read this, you are too close”.

Most chips I have gotten were from vehicles going the opposite direction, so this sign would be useless anyhow.

Except they ARE responsible for broken windshields if it is the result of the truck’s unsecured load.

Nope, doesn’t work. The sign is just to make you think it was your fault.

The hard part is going to be able to prove it fell off their truck, and not picked up on the road and thrown from a tire.

Yes, but not if a trucks tires pick up a stone off the road and through it through your windshield.

Yeah signs are legally meaningless like “not responsible” and “beware of dog”, except for “Posted, no hunting”. I have seen gravel trucks though drop stones off their bed and they bounce a couple times on the road. You really don’t want to follow that close to them whether or not you can read the sign. I have also seen a dumpster come off a trash truck too so I keep my distance from them. Doesn’t happen often but it did happen once that I saw on the freeway.

He made that distinction.

Technically, they don’t throw a stone through your winshield. Their tire lifts it off the road and you drive into it.

Most of the time, construction trucks are dribbling stones from the box or casting debris from tires they are supposed to make sure is purged before going down the road. These signs are weak attempt to absolve them of that responsibility.

You can put a sign up for anything. I can put a sign in my yard saying anyone looking at my driveway agrees to be punched. Doesn’t mean I’ll actually get to assault people without getting punished. Signs never trump the law.

I’ve had to replace several windshields due to stones thrown from the tires of trucks ahead of me. No one is really liable, and claiming a windshield with the usual deductible is hardly worthwhile.

Unsecured loads is something else entirely.

Some years ago I was n a major throughway and the truck ahead carrying a load of coiled steel lost one of its coils, which broke its bands and started uncoiling like a giant roll of toilet paper.

I was able to drive around it before it hit anything, but others were no so lucky!

The carrier was fully liable for the damage to a number of cars.

The unsecured loads thing has been a big push from the state patrol here. The biggest problems are with private pickups, not commercial trucks. Awhile back there was even a motorcyclist who wiped out after some sort of foam water toy flew off a boat some guy was towing: 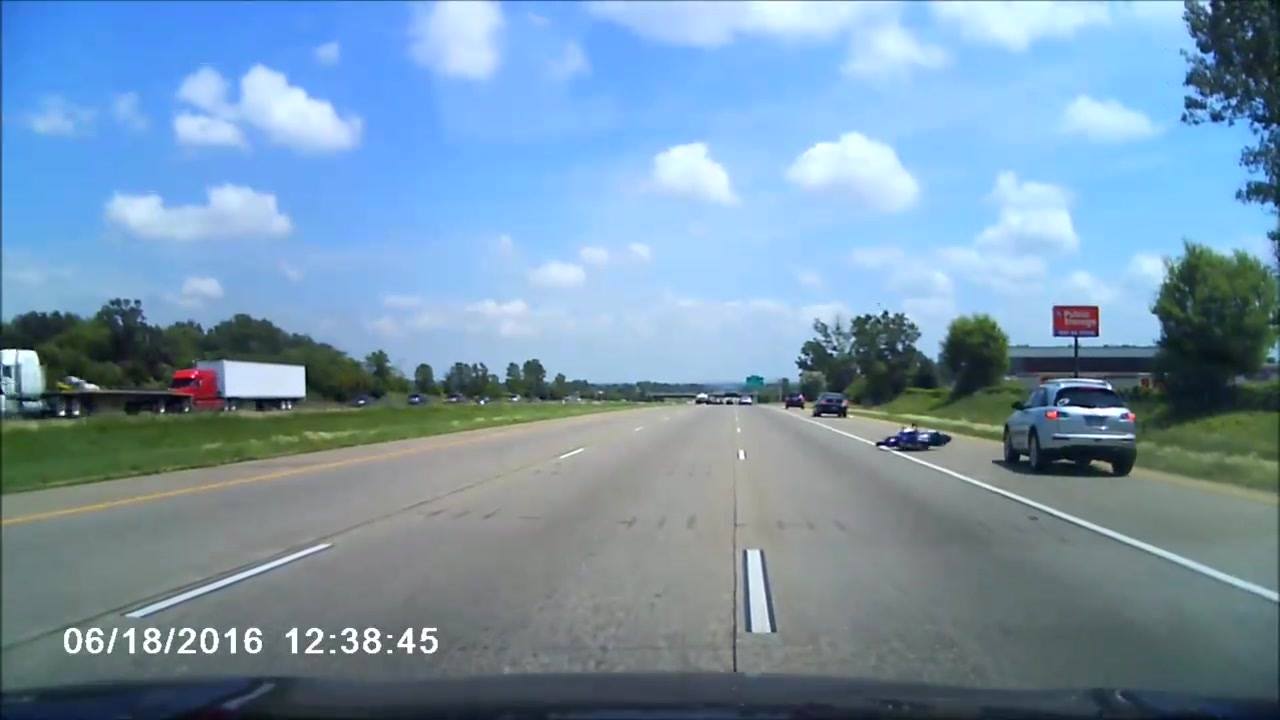 Motorcyclist suffered minor injuries. What a relief! I'm driving the vehicle that took this dash cam video! UPDATE (6/29, 4:48 p.m.): The Department of Public Safety says the driver has turned...

I saw that too. That was scary! I can’t imagine what the guy on the cycle thought!