Stalling after tune up

Last week I brought my 1988 K2500 Silverado (5.7L, automatic) in for a tune up. It was idling rough, but otherwise fine. My local shop diagnosed weak spark, and replaced the distributor cap & rotor, spark plugs, plug wires, oxygen sensor, and coil.

When I got the truck back the idle was smooth, and it ran great for 250 miles.

Today, on a 90 mile trip, the truck died instantly three times. All happening when going 40-50mph. Each time I shifted to neutral, and tried to restart the engine. It would crank for 10-15 seconds, but did restart each time.

I stopped at the mechanic that did the work, and he said his only senior tech isn’t available for a week.

I thought that was a bit dismissive for a customer who’s truck is in much worse shape after the work was done.

I’d like to have a mechanic that doesn’t send me down the road with my truck randomly dying on me. But should I just be patient? My old mechanic wouldn’t do that…but he’s 30 miles away since we moved last year.

The most common cause of an engine shutting down in your vintage of vehicle is a bad ignition control module in the distributor. 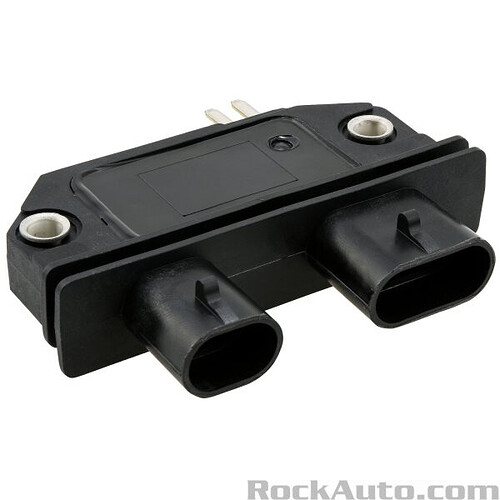 If I would have kept all the ignition modules I replaced back then, I’d have a bushel basket full.

Check to make sure the wiring going to the coil is seated on there all the way also. There’s a plastic tab that holds it down secure that I’m sure has gotten as brittle as a potato chip by now. Friend of mine had that issue with the same engine. He called me to tow him home, I pushed that connector on the coil into place (he’d broken the plastic tab when installing a new coil and it had worked out and no longer made contact), and he drove it home. Was a lucky find for me. He thought I was some awesome mechanic there for about 2 seconds

Hi Tester, thanks for reading.

I had that part replaced two years ago, when I had a breakdown. (They also did the distributor cap & rotor then too.) It ran great for the following two years, only starting the rough idle a few weeks ago.

Hi John, it looks like the shop replaced the old connectors, and they are snug on the coil.

A failing ICM can cause weak spark. The 2 year old one may be failing. It may have been installed too tightly and/or without the heat sink goop. 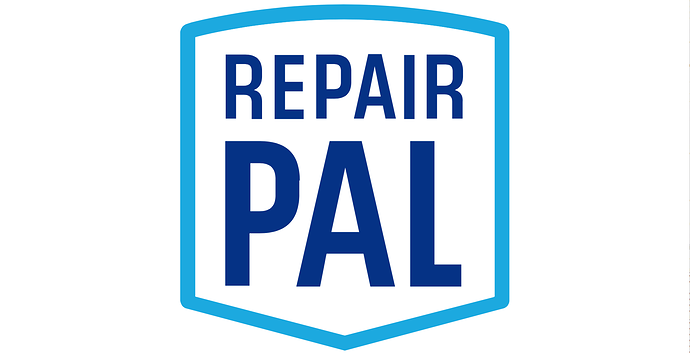 How to Tell if You Have a Bad Ignition Control Module

If your car is running roughly or stalling, the ignition module could be the cause. Find out more about what this part does and how to fix it.

The engine dying suddenly while going down the road does sound like an ignition problem. That ignition module that others suggested is a pretty cheap part and it’s easy to replace. Other than that, I’d give a look at the connections: coil connectors (you already did and said they were good), the coil to distributor wire, you can remove the distributor cap and take a look at the rotor they replaced, and you might take a look at the ground wires (battery to frame, should be one close to thermostat, and one from passenger head to firewall). Generally if it was a fuel related problem or a sensor malfunction the engine wouldn’t run fine and then die randomly.

Thanks again everyone for your help. Reading about the ICM makes it seem to fit the symptoms.

Why design a heat sensitive part to be somewhere so hot? Does GM make any kind of kit to remount it somewhere?

I’ll check how the grounds look too.

Why design a heat sensitive part to be somewhere so hot?

Decades ago there was a part called “points” - a spring-loaded switch that opened and closed by riding against lobes on the distributor shaft. Points had their own wear and failure modes, and “tuneups” included replacing them as a preventative measure.

The new things still can fail, but overall are more reliable and require less attention.

It may have been installed too tightly and/or without the heat sink goop.

The goop is, more correctly, insulation. Its thickness is a good thing. Don’t squish it out by tightening the hold-down screws too much.

Sometimes heat sensitive parts have to be mounted a particular way so the heat gets properly dissipated. For example it may require using a thermal heat sink compound underneath the mounting point. Perhaps that wasn’t done the last time it was replaced.

Another idea, try to determine whether the hard to start problem (after it shuts off) is too rich or too lean condition. If holding the throttle in the full open position seems to help it start faster (less cranking time), that’s a clue for too rich.

Coincidentally I had a weak spark problem occur on my 50 year old truck 18 months ago. It turned out to be caused by an oxidation film on the breaker points. You truck’s version of breaker points is the module which produces the spark, so that’s a very likely culprit.

Another possibility is a failing fuel pump if that issue has never been addressed. Fuel pumps are generally thought to either be good or bad but in some cases they can fail intermittently. They may die and work fine again after a while.

It may have been installed too tightly and/or without the heat sink goop.

If you look at the module, the holes for the screws are metal molded into the plastic.

This done so when the replacement module is installed, the plastic isn’t damaged from over-tightening the screws, and prevents forcing the dielectric grease out from between the module and distributor.