Safety: Cars Vs SUV/CUV on Local Vs Freeway

What type of car is safer when it comes to accidents?
Some people says SUV is safer in City and Cars (like of Sedans) are on Freeways.

I am inquiring on cars 3 yrs or older since we know about them as opposed new models.

I am wondering if smaller cars can be easily disturbed - Diana’s car wasn’t small but it still rolled over! I am thinking if a car was hit on a corner, it can easily became unstable? Does it mean SUVs like Lexus RX 350h are safer? Which year used Lexus RX 350h is better bank for the money? I do not know if Tesla’s rolled over, heavy battery might have brought the center of gravity closer to the road?

The weight of the vehicle is only relevant when hitting another vehicle or unsecured object. Most non at fault accidents involve hitting another vehicle, so this is important! If you mean smaller in size, then the smaller the car is, the less space there is in front of you and behind you, and this makes the vehicle less safe in an accident. Short hatch backs are deadly for rear passengers in rear end accidents. High riding vehicles often do roll over when in a severe accident on the corner (s…

Maybe you and @TheWonderful90s can get a room somewhere. You will be fascinated. But please do it privately.

What type of car is safer when it comes to accidents?

One that does not run and sets in your garage .

What type of car is safer when it comes to accidents?
Some people says SUV is safer in City and Cars (like of Sedans) are on Freeways.

NHTSA does crash tests on almost every vehicle sold in the US. I’m sure you’ll find some SUV’s are better than cars and some cars better than SUV’s and some minivans better then cars and SUV’s…etc…etc. Look up the data on the vehicles you’re looking to buy.

Some people says SUV is safer in City and Cars (like of Sedans) are on Freeways.

Those people are wrong. Modern SUVs (with stability control) are generally safer. 20 years ago, not so much. 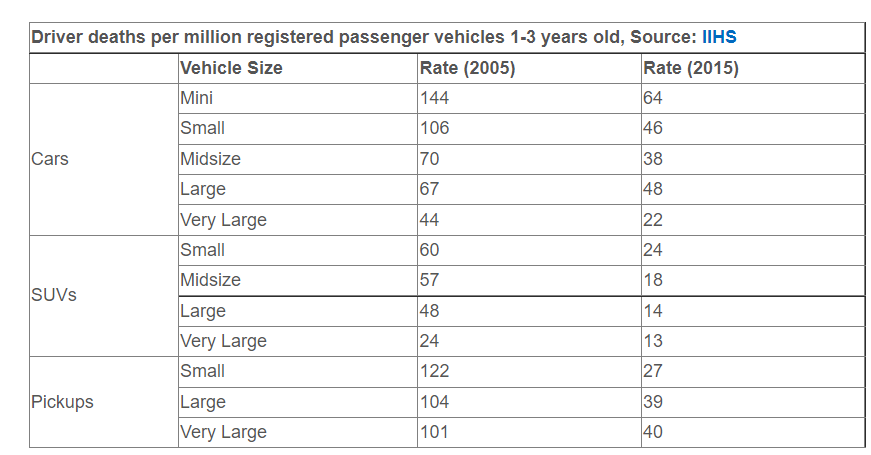 Of course the driver is the most effective safety feature. I have just wondered to myself though if those most obsessed with safety features might be the most unsafe drivers due to over-confidence. Those driving less safe vehicles might be more determined to avoid situations that put them at risk. Just thinking of my own experience driving but I tend to be a contrarian interested in unintended, unspeakable, consequences.

My wife used to criticize me driving 100 miles a day with no air bag. But I knew I had no air bag and never got myself into the situation where I needed one. Just wondering if driving behavior changes with the age of the vehicle and lack of modern features. You know, you use a map if you don’t have navigation.

never got myself into the situation where I needed one

Your control over the other crazies on the road is to be admired!

What type of car is safer when it comes to accidents?

It’s common sense…the safest car is the one driven by someone who pays attention to their surroundings, avoids driving while tired or under the influence of drugs/alcohol, avoids playing with their cellphone, avoids driving aggressively, and always wears their seat belt. Even if the car is 30 years old, and lacks modern safety features, a safe driver results in a safe car…because a safe driver can avoid most accidents in the first place.

Conversely, even the most high-tech new vehicle can be a death trap if it’s driven by someone who doesn’t follow these suggestions. 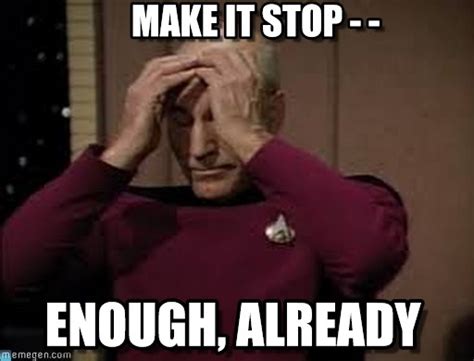 All cars might be equal if you can avoid getting killed by someone on drugs or alcohol driving 100 mph on a city street.

If there is a member of the NFL approaching at 150 mph, just raise your hands like your sci fi pal and ask God to make it stop.

I believe minivans have been the safest vehicle category. It’s been a while since I read this. If you think about it, a minivan has nearly everything needed to have the lowest fatality rates. There aren’t people racing minivans. People generally don’t commute long distances in minivans due to fuel cost. Minivans weigh as much as large or extra large cars. They’re fairly low to the ground and don’t roll over unlike traditional SUVs. The seating is a bit higher than a car, providing more side impact protection.

The modern crossover SUV is most similar to a minivan, but the IIHS list doesn’t separate minivans and crossover SUVs in to a separate categoy.

The IIHS list posted above does not take in to consideration driver behavior nor miles traveled. Sure if you buy a huge SUV and then you can’t afford to drive it, it’ll be a lot safer!

I had an uncle that was a bit worried about cars and safety, so in the 70’s, he went out and bought a large Cadillac sedan thinking it is going to be safe. He had a tire blow out when driving fast in extreme heat, the car flipped and he did not make it, leaving a young family behind. He was actually a cool uncle and I miss him. Always wonder if he had kept is crappy older car and driven slowly, alas…
Every time someone asks about car safety, that is what comes to my mind.

It’s all about this. Above about 40 MPH you’re not guaranteed to survive an accident no matter what vehicle you’re in.

@bcohen2010 @bing @David-John @TheWonderful90s …and all others:
Just last week, I was on freeway returning home on my 2014 Volt and was on cruise control around 57mph as cars on my right were going around that speed. All of sudden an Avalon made a merge that I though it hit me - I bent over to the front and could not react - then I realized my car is on cruise and the other car went without hitting me.

Despite being 2014, it doesn’t have the bling spot warning. I usually pay attention to surroundings but I never saw this car coming. Being a cruise situation my hands were holding the steering lightly. Having been driving for over 25/30yrs, this combination (cruise …) never happened to me.

What could I have done differently?

I was on freeway returning home on my 2014 Volt

Why were you “on” your car? But I do think you’d have a better awareness of what’s all around you without all the “blind spots”.

All of sudden an Avalon made a merge that I though it hit me - I bent over to the front and could not react - then I realized my car is on cruise and the other car went without hitting me.

At “57 mph” you would have absolutely known if he hit you, or not, and you didn’t realize you had the cruise on until then? Quit daydreaming and pay attention!

What could I have done differently?

I bent over to the front and could not react

I do not understand that statement.

Read your story several times but is still not clear to me. The way I understand it, the Avalon merged in front of you and there was no contact.

What could you have done differently? I try to watch the entrance ramps, change to center lane or adjust my speed as necessary. I use cruise control as much as possible, but the right foot is always ready to go to gas or brake as conditions warrant, thumb is ready to adjust CC up or down, or cancel the cruise control if braking is not required.

BTW, I don’t know where you live, the term ‘freeway’ is no longer a common term, was used in the 50s&60s in states that had free interstate highways vs states that had tolls when the interstate was being built.
Where I live, 57 MPH is slow on state roads, where as interstate and toll road speeds are much higher.

All of sudden an Avalon made a merge that I though it hit me - I bent over to the front and could not react - then I realized my car is on cruise and the other car went without hitting me.

You thought it hit you ? Seriously , if you had been hit there would be no doubt . I also have no idea what ( bent over to the front ) means . Been driving 25/30 years - you can’t remember when you got your firsr license?

I doubt if you could have done anything but usually merging lanes are clear enough you can see vehicles using it .

I usually pay attention to surroundings but I never saw this car coming. Being a cruise situation my hands were holding the steering lightly. Having been driving for over 25/30yrs, this combination (cruise …) never happened to me.

Usually ??
Judging by your many previous post you seem to be amazingly naive or ignorant to anything automotive. It’s hard to believe you have 25-30 yrs. driving experience. By your posts I would thought you were under 20 yrs old and just started driving.

My thought also Mr. Private . Sciconf has been on this forum since 2007 and it is as if he has never learned a thing.