Saab lives to die another day 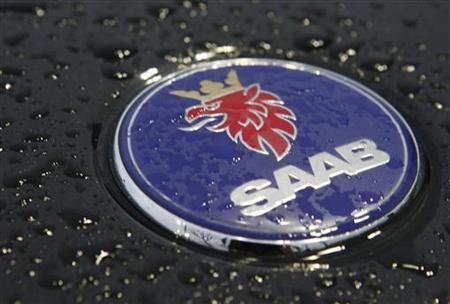 Buyer of bankrupt Saab aims at electric cars for China

A Chinese-born Swedish investor with Japanese support has agreed to buy bankrupt automaker Saab Automobile and plans to bring it back to life as a maker of electric cars, with an initial focus on the Chinese market.

Looks like they’re mostly going to use the name on an entirely different line of EVs. I imagine they got it cheap, let’s see if anything actually happens. The new owners don’t seem to have any car industry background.

They are also getting the factory and some employees, plus access to the 9-3 platform. I guess we will find out details when after the press conferance.

Initially, SAABs were about engineering and innovation. Then they became about yuppie appeasement. If they get back to their roots, they have a better future. If GM is the model, it will be short lived. I can think of some neat EVs and hybrids I would like to see. Why not with a SAAB name plate ?

Thanks, bscar. I was just thinking about the Top Gear homage to Saab.

@dagosa, as you see in the Top Gear segment above, Saab is more likely to have gone out of business because they did not toe the GM line on using common parts, making the Saab hopelessly expensive. They were also over-designed to increase safety. How about that 8-foot drop test? No other car could survive that without a roll cage. Again, that increased cost on a car that was too expensive already.

Jt, good info. But, was it the SAAB -BA-RU or the rebadged GM SUVs that passed the test…or not. It was moves like this that caused even the most devout SAAB yuppie to loose faith. Having an expensive car never stopped Mercedes but having one that was part of a rebage ploy of cookie cutter copies gives them pause. This is espcially true when the car is tied to the nearest SAAB mechanic like a mandatory option. It was an underperforming car with less then Steller repair records, like Volvo, that finally wore itself out of the exclusivity market. There are just too many people who tired of their being worth less then Accords come trade in time…even for new SAaBs.

Btw, GM’s then management skills left much to be desired…using off shelf GM parts didn’t save Olds or Saturn or…
Sometimes the simplest is the truth…too much competition, too poor a product.

I worked for GM and was assigned to Saab in the regional office in the NE. I can tell you when Saab died, it was when a Man named Barry Buxbalm passed away. Barry was a great guy, and a true Saab man. He was regional Director for Saab in the North East, and when Saab was purchased by GM he came along with the company. He would fight for Saab tooth and nail, fight for incentives, fight for ad money, fight for space at car show… Fight, fight, fight… Now Saab North East was really Saab NA, as the NE alone would sell more Saabs then all the rest of the US combined. We had great dealers, loyal customers and things were good. Unfortunately Barry passed away, and Saab was left without a champion. The man who replaced Barry in the office was the brother of a VERY, VERY, VERY, high ranking GM executive. His job was simply not to get into trouble. He was protected, and as long as he kept his noise clean he got paid very well. Without its champion, NO ONE knew what to do with Saab, and the money stopped flowing. Incentives were dried up, leases got expensive, Advertising was all but gone. Add to that the 9-3 was getting old (people would lease one, maybe two, but when they were rolling into a third that was basically the same car it was very hard) at the time, as was the 9-5… Product was always promised but never came. The TRUE 9-7X was built on the SRX chassis, and was so good it was killed by Caddy (too much competition). That was it, Saab was dead to the GM and soon dead to the world.

@gsragtop Interesting. Yeah I think they did have a niche group of loyal customers and 'spose that was part of the problem in trying to broaden the market a little. My neighbor had two of them back in the late 70’s. I was in his lower level one winter day and he had engine parts strewn all over. I asked him what he was doing and he said he was overhauling the engine. I said how did you get it down here and he said oh he just picked it up an carried it down. I think it was like a cult. He wouldn’t drive anything else and he swore by them.

I always wondered why they dropped the hatchback, which was amazingly practical and pretty much a Saab trademark feature. I’m sure they figured they weren’t selling enough, but that would be like BMW abandoning their I6 engines…uh-oh…

OK question for the Saab’aphiles out there… The old 2 stroke Saab’s… how many moving parts were in the motor??

I think you’re the first to get that in all the years I Have asked.

Helps to have grown up with a 2 stroke Suzuki - X6 Hustler, had the pleasure of rebuilding it.

I had one…not enough. The car had a totally impractical motor for American highways. I had two, including the early SAAB 99. It came down to a BMW 2002, Volvo 240 and the Saab when shopping. It ended up being the worst choice as the mechanical failures soured me from owning any more. Well engineered but borrowed parts like British Leyland motors really hurt the rep. When everyone went to front drive, there was no exclusivity and it was tough to pay more for a SAAB new and have an Accord and Camry worth more trade in time and running with fewer problems.

It seems like buying a Volvo, Saab, Jaguar would be a big potential mistake.
These are now items on someone’s balance sheet, not a car company.

“It seems like buying a Volvo, Saab, Jaguar would be a big potential mistake.
These are now items on someone’s balance sheet, not a car company.”

Maybe, maybe not. The companies that bought them have big plans for them. With big plans come big risks. In the case of Saab, the new owner only has to provide a new drive train. The balance of the car already exists, as do the factory and employee base. That’s an inexpensive way to get into the car building business compared to starting from scratch.

Jag and Volvo are owned by real car companies, just not ones we’re familiar with. Saab is in a shakier position.

“Saab is in a shakier position.”

I agree. But it’s an opportunity for Saab workers to continue building them, even if they have a very different power train.

I am very skeptical that any Saabs will ever roll off that assembly line. It’s not like they just go buy some batteries and a couple of electric motors and put 'em in a 9-3 chassis. LOTS of design/redesign will be required. We’ll see.