Replacement of all four tires on an all-wheel drive vehicle

I have a slow leak in the side wall of one of my tires on my Subaru Outback. The service department at the dealership told me that since it is All Wheel Drive I needed to replace all four tires at the same time. He said that if I only replaced two of them, it would affect the “tracking”. Is this bull or a real possiblity?

A slow leak in very rare cases requires tire replacement. Take it to a decent tire shop and get the tire fixed or remouted to fix the leak.

With regards to replacing four tires, on a Subaru the outside diameter must be within 1/4" rolling circumference of each other tire or damage can occur to the differentials.

…and damage to the Center Differential can be mighty expensive.

Of course, this topic leads to the inevitable question:

Does anyone (besides me) read their Owner’s Manual nowadays?

This topic is covered in the Subaru Owner’s Manual, so there should be no doubt about whether “unmatched” tires are problematic on this car. In fact, the dealership was understating the situation when it was described as causing “tracking problems”. After more than a couple of weeks of mismatched tires, the OP would be looking at some very expensive repair work that would not be covered under warranty because it would come under the category of owner negligence.

It’s a sidewall leak, likely a cut and is not repairable.

If you can find an identical or similar tire, it can be “shaved” so its diameter matches the other 3 tires. There is no need to buy 4 new tires.

Good advice here, but if you chose to get 4 new tires, save one of teh old ones incase you get into this situation again.

Here we go again. I found a 2006 owners manual online at 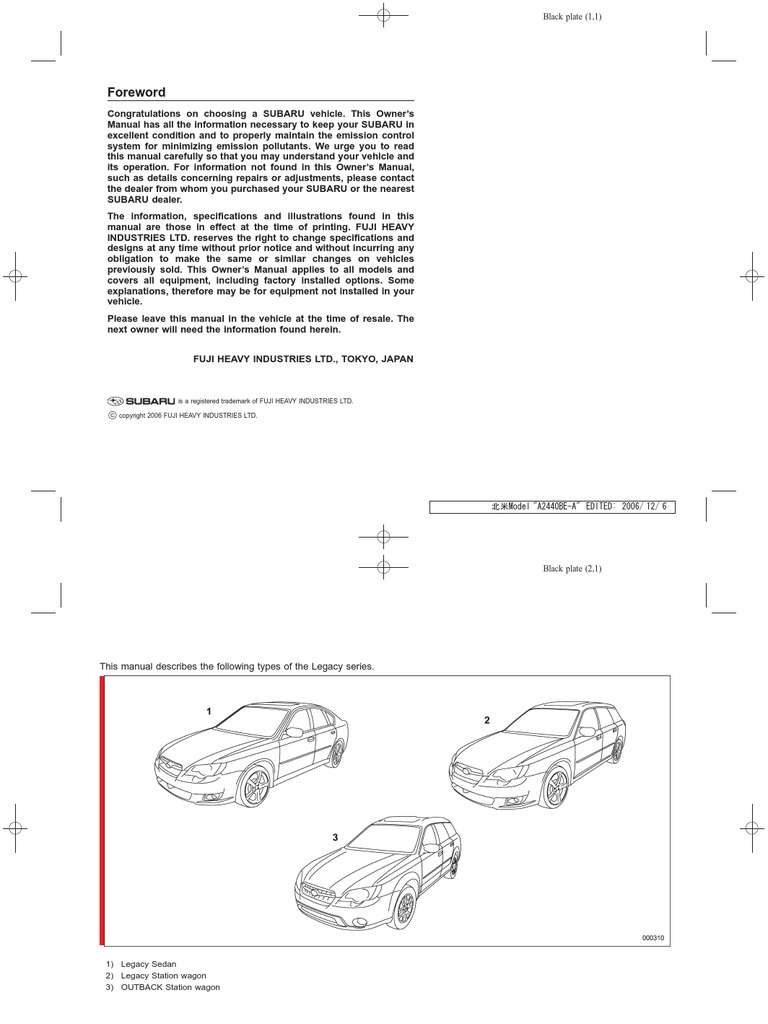 "All four tires must be the same in terms of manufacturer, brand (tread pattern),construction and size. You are advised to replace the tires with new ones that are identical to those fitted as standard equipment.

In another section it says that all four tires should have the same degree of wear.

I did not see anywhere that said the warranty was void if you replaced a tire with a new one of exactly the same description.

Since the OP did not tell us how worn the 3 remaining tires were, we can not say for certain that a new tire would upset things. This business of throwing away 3 perfectly good tires and a heck of a lot of money is just not reasonable or rational. All four tires on a car rotate at different speeds nearly all the time. Every curve or steering correction causes that. That’s why there are differentials in all vehicles. It’s called “differential” because it controls the differential in rotating speeds. So what we are now supposed to believe is that the mechanicals of a Subaru are so fragile that turning corners or living in a place with winding roads is abusive and will destroy the car? What a load of crap.

This is a scam to sell tires.