Ray Magliozzi was too nice

On 12/27/2022 the Cartalk home page had a clown asking what to do because his wife and daughter could not seem to operate the tire inflator he bought them .

Why is he not checking the tires at least once a month hisself ? Is he just lazy ? Why does he not have the tires checked for leaks ? I don’t have a daughter but I don’t want my wife trying to inflate a tire along the roadside or in a dark parking lot.

Ray should have called the guy a jerk and told him to either fix the tires or put new ones on .

The way I read it, Ray suggested two times that the person determine why the tires were losing air more frequently than normal. Was he too polite in the manner he suggested it, up for debate it seems.

Yeah, he got halfway there, but the basic ‘check the tires’ wasn’t very strong.

Now this is a flat tire problem… 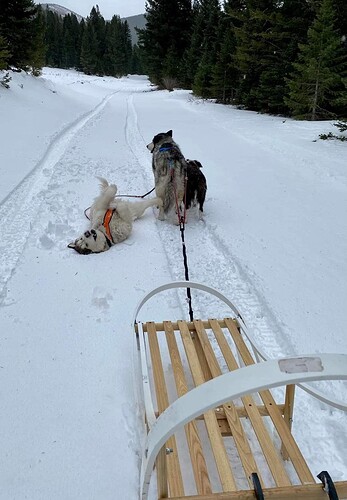 I thing Ray got it just right and I have a wife and daughter.
He explained the problem, importance of the prolem, the possible solutions and directed the person to “get it fixed”.

Reading between the lines, we’re living in a time between, “Women don’t touch cars” and “I woman or man, it’s your car so it’s up to you to fix it” so it’s up to the individual.

For myself, before I let my daughter and son get their licenses, we had a full driveway maintenance tutorial where they learned and demonstrated the basics, including oil changes, all fluid/pressure checks and the ability to change a flat. My little “girley girl” daughter was certain that Dad had lost his marbles and that this was proof of child abuse but later when she went off to college many hours away it proved it’s worth.

I did the same with my 2 kids. my son takes after me and works on his own vehicles. my daughter said… Dad, I will just call Roadside Assistance.

But at least she does know how to do everything.

“For most people, seeing the low tire pressure warning light is a rare occurrence. A tire in good working order shouldn’t lose any air at all or should lose it so slowly that the light comes on somewhere between once a year and never.”

At least one out of four vehicles that come in for service have a low pressure warning light on. Sometimes they want the tires checked for leaks, changing the display in the cluster shows all four tires inflated to 27 psi, all four tires have punctures and have lost 6 psi?

“The problem with many low-pressure warning lights is that they don’t tell you a lot. They generally come on once the tire pressure falls about 10% below where it’s supposed to be.”

Why is he not checking the tires at least once a month hisself ? Is he just lazy ?

The person asking the question did not state if he was handicap, on deployment, incarcerated, or in a hospital, that was not part of the question.

Ray should have called the guy a jerk and told him to either fix the tires or put new ones on .

Nor did he state whether or not he forbade his wife or daughter from taking the car in to find out why the tires were loosing air.

Many or at least some car features are directed toward the other gender who are now taking a larger role in car selection. One of those is the tpms. If the light goes off, drive to a shop. Who needs a tire inflator.