The AC on my 2002 Prius works fine, as long as it’s cool outside and I’m running it on low. As soon as I stress the system – either it’s above 75 degrees outside, or I’m running it on maximum, or driving on the highway for more than 30 minutes – the compressor conks out. Fan’s still blowing, but no cold air. The light on the a/c button starts flashing. If I turn it off for a few seconds, the cold air comes on again, but usually only for a few minutes, and then we repeat the cycle. The Toyota mechanics claimed they couldn’t replicate the problem, but I bet if I forced them to ride with me up and down the highway on a 90-degree day with the windows up and no a/c, they’d believe me. Any suggestions?

Force them to ride wih you. Have they put gauges on it? Sounds like low freon to me.

So the problem might be that thermal limit switch is faulty, or the compressor is actually running too hot.

Does the Prius have a belt-driven compressor with a clutch like a ‘normal’ car, or does it have an electric compressor, more like a home window unit?

My research tells me it’s an electric compressor…

The blinking A/C light tells me the problem is electrical in nature. The control panel has requested compressor operation but it’s not seeing it. Seems to me I remember a technical service bulletin for Toyotas of this era dealing with a relay that would heat up and fail. Anyway, the fault could be anything electrical, switch, relay, thermal limiter, compressor itself.

@dariavan: Since you say it is an electric compressor, it may indeed be overheating and kicking off. A belt-driven compressor would just grind away until it self destructed. I would think that something like this that causes the A/C light to blink would set a trouble code that could be read to determine what is happening.

This is all most helpful. Thank you, everyone – now I have something constructive to say to the mechanics.

If you find any of my information in error for your specific application, please respond with the latest.

The car uses a belt driven compressor. The first electric compressor on the Prius was in 2004.
The flashing A/C button is a warning that the compressor has locked or the belt slipped. There should be a fault code stored in the A/C controler.

" 1. WARNING FOR A/C COMPRESSOR LOCK
If compressor lock occurs during A/C operation, the A/C switch
indicator on the A/C control assembly starts blinking.
When this occurs, check for compressor lock (DTC 22) using
diagnosis trouble code check then proceed to inspect the circuit
or the component."

This could get expensive so you’ll want to demonstrate the malfunction so it can be diagnosed.
** Check the belt tension, the drive belt must be manually adjusted. No automatic tensioner.

@Researcher: I don’t know the Prius’ systems, but I seriously doubt there is an inverter in the compressor or cooled by refrigerant from it. BTW, “Freon” refers to an obsolete class of refrigerants that are not used in vehicles any longer.

Please do correct me if I’m wrong about this…

Later models use an AC powered compresser. It looks like an ordinary compressor but with two end cap rather than a pulley on one end.

“An ES18 type Electric Inverter Compressor has been newly adopted. This compressor is driven by an alternating current provided by the A/C inverter, which is built into the inverter of the hybrid system. As a result, the air conditioning system is actuated without depending on the operation of the engine, thus realizing a comfortable air conditioning system and low fuel consumption.”

Not to hijack or nitpick here…but “Freon” is/was a trademark name used by DuPont as a name for R12 refrigerant. Obsolete, not really. Just a little harder to find but still the refrigerant of choice for any pre-1994 a/c system. I still use that word occasionally when talking to a customer–it’s just easier and they know that I’m talking about the stuff that goes in their air conditioner. I also say Kleenex instead of tissue, Band-Aid instead of bandage, and Google instead of web search.

To clarify (or at least offer my explanation) of Nevada’s post above, the car has commanded the A/C compressor to run and it’s not seeing that it is. Many things can cause this, but my experience has been that it’s usually an electrical/electronic component.

I was the one that said that Freon is an obsolete refrigerant. IMHO, it is. In the US, I don’t believe R12 is being manufactured any more, and R22 isn’t far behind for the phase out. Prices are climbing and climbing for both. You can still buy R12, but I believe it is all recycled or ‘new old stock’ There are people trafficking in Freon like they do in cocaine. It’s a major profit to smuggle in R12 from nations that still produce it, and penalties are almost as harsh as with the drug trade. Something that is being phased out of existence, for whatever reasons, is obsolete.

It’s a shame that it is obsolete, because it’s hard to match its nearly perfect properties for what it was designed to be used for. Except for that little thing with the ozone layer… R134a and others aren’t bad, but are kind of a poor substitute, requiring higher pressures, bigger heat exchangers, and different oils.

IMHO, calling all refrigerants “Freon” just fosters ignorance, of which there’s already too much. It would be like calling all fuel “gasoline” When you call a tissue a Kleenex, you pretty much know what you’re getting. With refrigerant, not so.

Okay, I feel better. Time to take my meds…

My 2005 Prius does the same thing. It is fine at reasonable outdoor temperatures, but when it gets hot enough that you really need the A/C it’s gone. It valiantly blows our tepid air, but nothing you’d call cold. It stays above 90 in the car, measured by an independent thermometer. I’ve had it back to Toyota three times - refrigerant level is good, it is pressure tested, everything works out, and it blows cool at the dealer’s. But not when I am on the road.

P.S. Toyota says there’s no service bulletin on the A/C problem. Do some people’s A/Cs really work? How does one bring this to Toyota’s attention?

I have the solution. I just fixed my boss’s car.

It is the A/C clutch. I am currently writing a blog on how to fix it, as I just finished it a few hours ago. 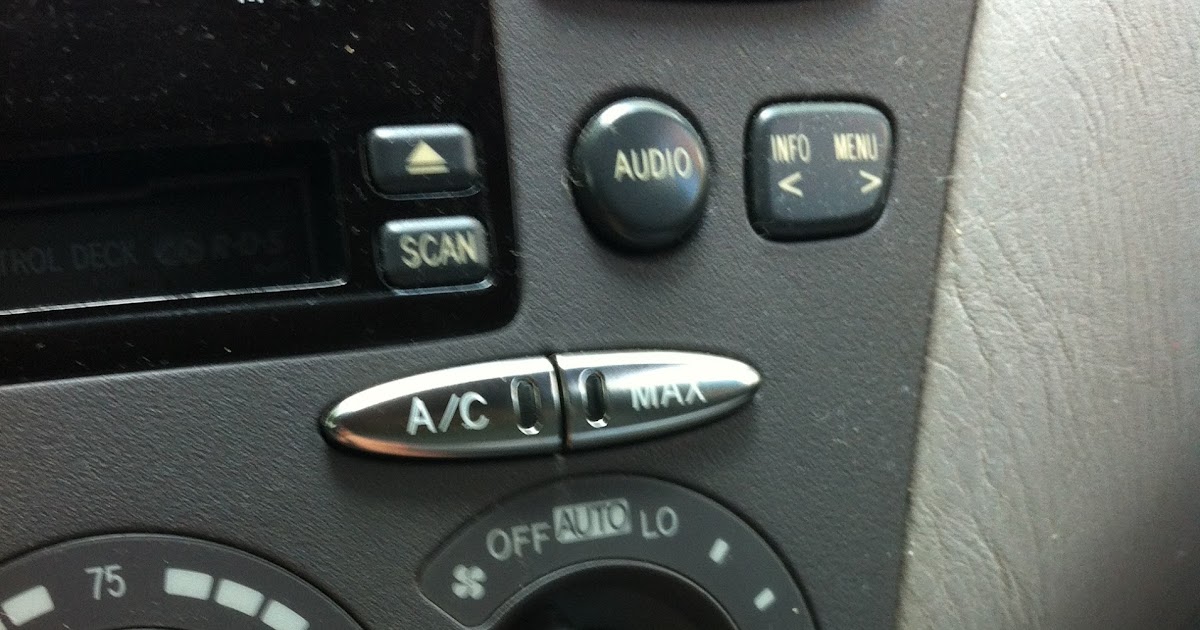 I had 2002 Prius for 6 years, took a coast to coast trip; no A/C trouble. I agree with the low refrigerant or diag codes suggested in previous comments.