I have 2000 Mercury Mystique with 300000 miles. The car runs fine except when I run the AC. Turning the AC on has no ill effect on the car, but after just a few minutes, the engine starts to lose power and continues to have a power loss even after turning the AC off. Sometimes even though the AC has been turned off on the same trip, the engine will continue to lose power til the engine quits. It starts back up and may quit a couple more times before the trip if over, say an hour long trip. At some point, either during the trip or the next day, the car will be fine until I use the AC again. The car has a 2liter front wheel drive engine. As I said before, there is no noise, or any effect on the car by just turning the AC, on and it cools great. HELP ! Thanks Bill

300K & still running fine? Good on you. You must do a good job of taking care of the routine scheduled maintenance. And Ford must have done a good job too. Count your blessings is the first order of business.

I have no AC experience, so take this comment with a grain of salt, but what I’m thinking is that when you turn on the AC, it activates some vacuum operated gadget or another. And that gadget has a leak in its diaphragm. This allows unmetered air into the intake manifold, creating a lean mixture and causing the engine to loose power and stall. When it stalls, the vacuum goes away, and the diaphragm returns to its normal position, which might be enough to block or at least slow the vacuum leak. Until you turn the AC on again.

It could also be that the AC compressor is on the fritz and partially seizing.

In either case, a mechanic has tests to easily confirm/deny both of these possibilities.

I had a power loss only under load, in an '85 Camry. It turned out to be sticking valves. It only happened during prolonged ascents at highway speed (basically, the same place on the same road.)

I mention this because you get yhe symptoms with A/C (engine working harder), and “on trips”, the power loss is gradual, and it goes away one the car cools down. This is pretty much the same symptoms I had.

You could try this. Marvel Mystery Oil is good for a lot of things. 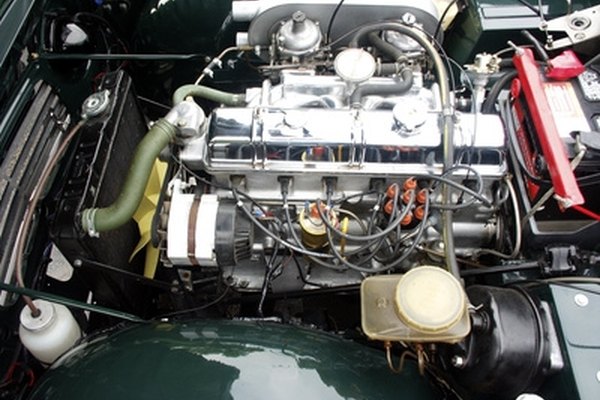 How to Cure a Sticky Lifter or Stuck Valve

Valves and lifters function as part of a vehicle's valve system. Valves open and close, allowing compression for the power stroke and the release of exhaust gases. Valve stems can stick either permanently or sporadically, due to heavy varnish on the...

Has anyone cleaned the throttle body and idle air control valve yet?

Has anyone checked that there are no obvious vacuum leaks?