Please help! car acts up driving in the rain

So I have two issues one bad and one worse both while driving in the rain. Hyundai Elantra 2010 Automatic 4cyl, Bad scenario: the car refuses to shift (up/down) after something is getting wet, just this morning we had really nasty rain and this happened car feels like it’s stuck in second gear. RPM was @ 3000 while going 45/50 MPH is this normal? But you can feel and hear the car is not shifting up or down while stopping at a light MPH 0 RPM 1000 when accelerating from the stop I have to press the pedal more the usual almost like no power and RPMs just go back up to 3000 and still can’t feel the shifting from 1rst to 2nd almost like its just stuck in 2nd… I apologize for my descriptions I’m not knowledgeable when it comes to cars. Worse scenario: Same instance driving in the rain - something gets wet? and my engine/trans ? all the sudden jerks/kicks with a thump/thud noise the jerk and noise might be at the same time the car is shifting between gears not sure. If I keep trying to drive it keeps kicking and jerking so I don’t tempt it in case I make something worse off, one time this happened I had to keep going to get off the road safely and it did through the engine light on the rain stopped while I was pulled over so I sat for an hour let it dry out some and the car ran fine… What could this be??? When the car is dry runs just fine, I even had the dealer do some trouble shooting 2 weeks ago cuz I had the worse happen and had to have it towed and he couldn’t re-create the prob. nor find what it could be…

Any ideas what this could be would be great!! Thanks

Your car’s computer has a good idea what this could be. Have it scanned for stored fault codes and post them here.

Or, since it’s probably going to end up in a shop anyway, take it in and let them diagnose it. Use a reputable independently owned and operated shop. The dealer clearly isn’t interested. Any shop that tells you they can’t do anything unless they can get it to malfunction without even trying either isn’t competent or isn’t interested. An independent will save you tons of cash anyway.

The dealer tried to run a code history and said it came back with nothing. He also said they had it lifted and were spraying with a spray bottle? trying to get it to malfunction again with no luck. Somethings got to be getting wet when it shouldn’t be.

I will try a local mechanic, it’s just very frustrating specially since it rains a lot here in jersey! I either have to pull over or end up getting it towed somewhere and I’ve only had the car for about 2 years.

Thank you for the further clarification. It sounds like they did try after all.
The only things I can think of that might be subject to splash wetting that would cause the ignition to fail are the crank sensor and the battery cable connection to ground. That’ll generally be grounded with a bolt usually toward the bottom of the car. It couldn’t hurt to check that for corrosion and for being secure. The cables should probably be checked where they connect to the battery too.

I’m sure some of the other regulars here will have some ideas too. Guys?

Thank you for your input… I will have a look under the car to see if anything a miss, Otherwise I’ll bring up all of your possibilities to a mechanic, see if we can weed things out an fin the problem.

Could your mechanic park your car in his lot and soak the underside with a hose?

I would not rule out making sure you duplicated rain from above either including the engine hood.

Go to the car wash, select underbody spray option. it used to be an option maybe it’s part of the normal package. Anyway, does it act up after that? Then you have a repeatable scenario for the mechanic…

The transmission is controlled by the TCM or ‘transmission control module’. I suspect you may have a faulty power connection to the module that is causing the trouble but it also could be a bad connection in the control wiring between to the two areas. One easy thing to do is separate the connections between the two and look for signs of a bad connection. When water gets into wire connections corrosion happens, so look for that kind of thing. Also check and clean the ground connections to those things.

Intermittent problems like this almost always seem to happen when the shop doesn’t have the car to look into the trouble while it is occurring. Spraying the underside of the car using a hose and nozzle as @insightful suggested may make the failure occur.

I know this is 4 years later but, could you solve this problem with this car?
I am having exactly the same problem you describe with an Elantra 2010.

You have a better chance of her seeing this if you put @Chrissyyyy in your post. She might see this, so, good luck.

Hey,
Well that problem was everywhere! Rain, Car wash facilities, one drop of water you name it. Had to take the car back to the dealer 3 times before they figured it our and it turned out to be a failing transmission, now don’t ask me why getting wet would cause it to act up even more but in the end I was told a failing transmission and the whole thing needed to be replaced. I traded the car in that day! I was so over the problems and sitting on the side of the road in wet weather. Hope this helps, I would suggest advising the shop/dealer to check out the transmission.

Lots of transmission failure with the 2010 Elantra. Please check this out

Do you have stock shares in CarComplaints ? Besides what bearing do 51 lousy complaints 7 years later have to do with anything.

Many of us on this forum could image having to “not” drive evertime it rains. Usually folks who remeber cars like these; 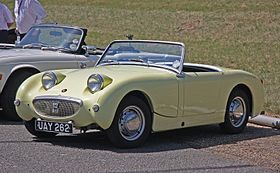 English cars with Lucas electrical systems. Cars built on a rainy island that don’t run when it rains!

I’d guess your problem stems from “sealed” electrical connectors that no longer seal. Water gets in and shorts the sensors or solenoid connections in the transmission causing errors. I’d start with the transmission first since that’s where it begins.

I think the OP’s problem was probably an electrical connector servicing the transmission was getting wet inside. But the transmission could have been at the end of its life anyway. @jhme81 … before giving up and selling the car or replacing the transmission, make sure all the electrical connectors which service the transmission and are located in a place where under-car splashes can get to them are taken apart and checked for signs of water intrusion/damage. You can try spraying the underside of the car with a hose, but that doesn’t always work. Years ago I had a VW Rabbit that would stall every single time I went over a sizeable puddle of water in the road at speed. I’d have to wait 20 minutes for whatever was getting wet to dry out, then the engine would start again and drive as if nothing was wrong. During the weekend I’d spray the engine with a hose from every angle imaginable, top, bottom, side, etc, never could get it to stall even once. Finally I decided to start removing stuff and looking at it under a magnifying glass on a well lighted bench. Turned out to be an almost invisible crack on the underside of the fire-wall mounted ignition coil. Replaced the coil, never happened again.

I’m facing issues with my Toyota corolla 2006 model. I have been facing this issue since last 6 years whenever there is heavy rains and in India it rains 2-3 months continuous in a year and my car has become worst this year (2020). my corolla is hesitation when trying to accelerate and misfire sometime engine stops during idle, i have literally press the whole gas pedal to let engine running. I replaced the ejector coil and got new spark plud and it worked fine for 1-2 days until it rained and same issue was causing.

I have engine check light on my dashboard and it is because of O2 Sensor in the downstream. I wanted to ask if O2 sensor can cause. My mechanic is saying it is not the cause of the O2 sensor.

Have anyone faced this issue, if yes then can you suggest a solution if you diagnose.

thank you in advance.

Unlikely the O2 sensor is contributing to your problem. Here’s what I would do- the next time it is not raining and the car is running normally, use a squirt bottle to mist down various areas under the hood. When the car starts acting up, you likely have found the area causing the problem. Keep honing in on the suspects until you isolate the cause…

Faulty plug wires can cause this kind of thing. Check for signs of arcing from the wires at night and while it is damp outside. You might find something that way, along with the squirt bottle trick that @TwinTurbo mentioned. If the trouble isn’t within the ignition system then I would suspect a bad connection in the ignition power wiring.