An Army friend is being shipped to Djibouti for a year and will be storing his one year old pickup in a clean, rodent free unit. In addition to adding Stay-Bil to the gas tank, what other measures should he take? Any problem with disconnecting the battery during this period?
Thanks

Make sure to charge the battery before starting it

When you’re ready to start, prime the fuel system before giving it a go . . . cycle the key off and on a few times to build up fuel pressure

You may want to do a synthetic oil and filter change before storing it. Synthetic oil doesn’t break down as quickly

If the seats are leather, clean and apply leather conditioner now

Disconnecting the negative of the battery is a good idea, so phantom loads don’t completely drain it. Clean off the battery too, esp the top, with a weak sol’n of baking soda and water, then rinse well with plain water, as a current path can develop along the surface of the battery if there is any acidic residue there. Optionally, so the piston rings don’t become stuck, well, I probably wouldn’t bother, but one could remove the spark plugs and put a little oil into the cyclinders and turn the engine a couple of revs by hand, then replace the spark plugs.

Aside from putting a fuel stabilizer in the gas tank, I wouldn’t disconnect the battery from the vehicle. On newer vehicles disconecting the battery can cause all sorts of problems. You can read about it here.

There are what are called computer smart battery chargers. These chargers will keep the battery charged for any period of time. Here’s an example of such a charger.

The question is if the storage unit has a wall outlet . . .

While I respect and use chargers all the time (including professional chargers and trickle chargers), I’m not sure I’d trust one for an entire year . . .

Disconnecting the battery would seem to be the best option.

I have a car that sits for months at a time, without being started.

Those battery tenders are designed for this type of application. That’s what I’d do.

The battery should be removed or disconnected and charged every 90 days one way or another…Lead-acid automotive batteries will self-discharge and after a year, many will have become useless if left unattended…

There might be an overhead light in the storage unit. You could screw in a lamp older with an outlet like this: 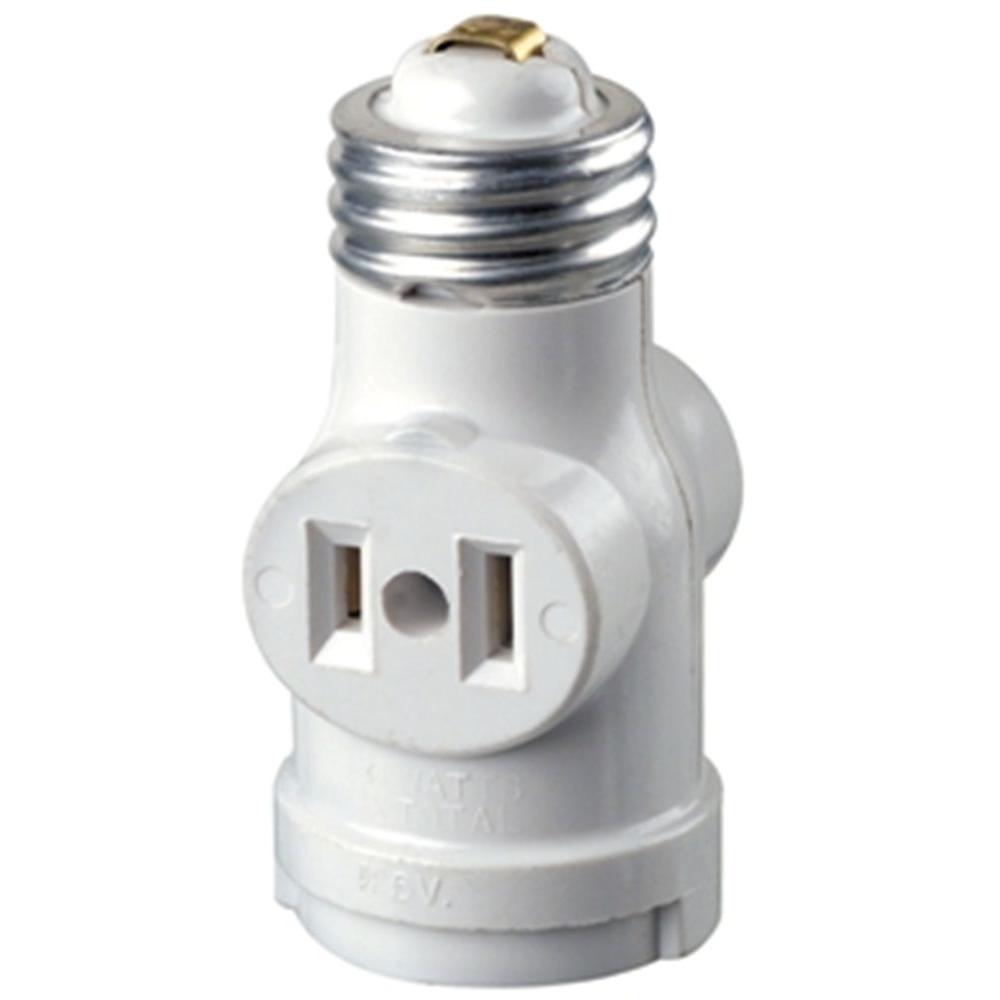 @Caddyman I agree that a battery discharges itself over a one year period and can become useless. I had a new battery left over when my car was totalled from the rear, and kept it in the basement. One year later the battery was not only dead, but would not take a charge. For a one year period, I definitely suggest taking out the battery and putting it somewhere safe on a battery minder. Or give it away and buy a new one later.

I have 2 lead acid lawnmower batteries which I keep in the basement for the winter, and “charge up” once a month. After 4 years, so far, so good.

I have noticed that a NEW battery has a much slower self-discharge rate than an older one. Keeping a battery cool or cold greatly slows down the process…Float charging or low-rate continuous charging can cause the positive plates to swell or expand…This can be noticed in batteries with the ends bulged out…