Kudos to the Office of the NJ Attorney General! 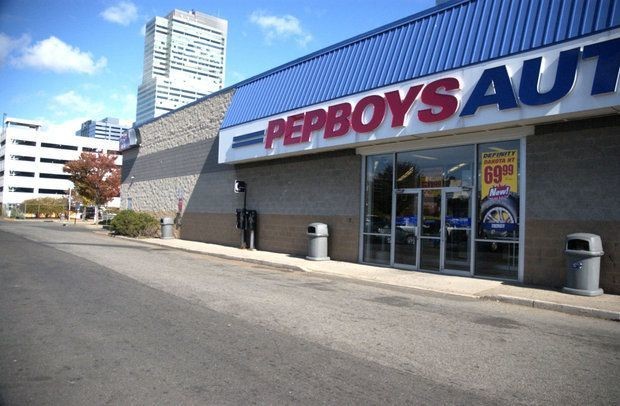 The state said merchandise at some New Jersey stores had been deceptively priced, and that some customers were charged for unnecessary car repairs.

NO, Not Manny Moe and Jack! Say its not true!

This is sort of a “dog bite man” story, isn’t it? Its kind of a standard answer around here to direct people away from Pep Boys.

This is sort of a “dog bite man” story, isn’t it? Its kind of a standard answer around here to direct people away from Pep Boys.

Yes, but because we always have a few newbies visiting this board, I think it is a good idea to make sure that they are aware of the potential perils of taking their cars to a chain operation.

I had been under the impression that Pep Boys sold-out to Bridgestone/Firestone a few years ago, but apparently the chain is now owned by Icahn Automotive Enterprises. Whatever… just one more chain to avoid…

Whatever… just one more chain to avoid…

Hmmmmm…
I guess that leaves ONLY independently owned and operated shops!

I find this, combined with all the other horror stories about quickie lubes, chain tranny shops, Sears, etc. etc. etc. to be a very sad commentary on the state of modern morals in out great country. And we wonder why people (me included) have anxiety attacks when they have to take their cars in for work.

It’s more complicated than that. There are a lot of dishonest independent shops too. I’m sure thee are honest chain stores, especially if they are franchises. I’ve been using a local Jiffy Lube for years and once they got used to me, they stopped the upsells. It’s all about the people, not necessarily the name on a sign.

It’s all about the people,

There’s an element of truth to that, but there are franchise operations the corporate policies of which encourage dishonesty. And others whose corporate policies have marginally trained and even untrained kids required to do things they shouldn’t be doing. I’ve never seen a study on this, but I’d bet that the majority of poor and inadequate work performed (I’m including things like oil changes) are poor because of the company policies rather than employee dishonesty or inadequacy.

That is not meant to suggest that there aren’t honest and competent mechanics out there. Clearly there are, a great many in fact, and I have the greatest respect for them. But there are way too many bad corporate policies out there to let corporations off the hook by simply blaming mechanics.

Just one man’s opinion. Take if or leave it.

Its kind of a standard answer around here to direct people away from Pep Boys.

Where else am I going to get my 18-inch exhaust tips and “Hurst” shift knob?

Whatever Pep Boys did wrong at that store, it couldn’t have been too terrible, b/c the fine and other charges are pretty modest. It’s good they are made to own up to it still.

10-15 years ago I used to buy parts at Pep Boys sometimes. In that era they had a couple of pretty car-knowledgeable young workers in there, and those two staffed an actual parts counter. They had no trouble understanding what I needed and how to find it among all the parts on the shelves. For some reason the management decided to eliminate the parts counter, so they fired those two parts counter experts. Afterwards if I wanted a part I’d have to buy it at the check-out counter. I’d try to explain to the clerk — who’s previous job was at a supermarket – what part I needed. As you might expect, that didn’t work. The loud music in the background didn’t help w/accurate communication of parts numbers either. I had to discontinue doing business there except for really simple stuff, oil filters and the like. Last time I was in there I noticed they’d put in a parts counter again, but nobody there to staff it. The customer still has to ask for the part they need at the check-out counter.

I too have noticed a dramatic deterioration of customer service at PepBoys.

But I’ve noticed one at VIP too, since O’Riley’s bought them. They seem to have totally discontinued servicing customers. A few months ago I went to an O’Riley’s seeking something and the store seemed empty. I loudly saoid “hello” and someone from the back room said “someone will be right with you”. Ten minutes later I walked out. Haven’t been back since. My prediction for the future of that O’Riley’s store is not good. I drive past them often, and have noticed that there never seem to be any cars in the parking lot anymore.

I’m kind of partial to Napa. I don’t know why. In my mind the parts seem like they’d be a little higher quality than Autozone or O’reilly, but I imagine it’s just a perception thing. The Napa here is still family owned and they seem to be a little more knowledgeable. They still smoke inside the store. Old school. I guess that bothers some people, but no longer than I’m in there, I doubt their second hand smoke will be what takes me out.

Whatever Pep Boys did wrong at that store, it couldn’t have been too terrible

If you re-read the article, these problems occurred at multiple Pep Boys stores in NJ. While I would have expected the fine to have been larger, the bottom line is that people were scammed in a systematic manner by that chain. Luckily, the NJ AG also secured full restitution for the customers who came forward.

On a side note, a Pep Boys store that was apparently not included in the complaint was the one located in Jersey City, NJ. That particular store colluded with the Honda dealership in that same city when the dealer systematically removed the OEM tires, batteries, and spark plugs from new Hondas and replaced them with bottom-of-the-barrel cheap-o stuff purchased from the Pep Boys store located across the highway.

That particular mass scamming operation took place over 10 years ago, and it resulted in the NJ AG putting that dealership out of business with truly massive fines. Naturally, Honda of America canceled that crook’s franchise agreement, so that he couldn’t even attempt to sell it as an asset.

I have to assume that the Pep Boys store in Jersey City escaped inclusion in this legal settlement because the Statute of Limitations had expired in this case, but there is no question that the manager of that store knew what was going on as a result of the HUGE quantity of cheap-o parts and tires that he sold to that Honda dealership.

Whatever Pep Boys did wrong at that store, it couldn’t have been too terrible

You can’t be serious, fraud does not have a level of good or bad. You can be assured that there was more than was discovered.

Not sure if I have shared this here before or not, but several years ago I was on a trip with the church youth group in the church van (2001 Chevy.) We got to our destination (out of town,) and the van quit in the hotel parking lot. We pushed it into a parking spot, and I pretty quickly diagnosed a dead fuel pump.
Being out of town, having no tools to drop a pretty full fuel tank, and on a bit of a time crunch, I called PepBoys that was less than a mile away from us and instructed them to change the fuel pump.

I got the van to them, and they proceeded to argue with me that the fuel pump was fine, and that I had the wrong key to run the van- that magically, the non-chipped key wouldn’t work anymore and I needed the proper chipped key. We had been running this van for several years at this point, and had never had a chipped key.
I argued back and forth, but they refused to put a fuel pump in it. About a mile down the road was a Chevy dealership, that gladly put a fuel pump in the van and got us back on the road, at about twice the cost of a pepboys, but we got the van running again- using the same key we had the whole time.

not fraud mind you, but a pretty high level of incompetence.

How shocking. From their PR dept: “At Pep Boys, we care deeply about treating our customers fairly and about doing right by them each and every time,”

Nobody believes this stuff anymore. “Your call is important to us. You are the 9th person in line to be served”-music playing.

“Your call is important to us. You are the 9th person in line to be served”-music playing.

And then the customer service rep comes on:
“Hello. How can I hep you two day?” (in very broken English, probably located in India or Malaysia).

@eddo … PB wouldn’t install the fuel pump b/c of the ignition key? That’s a bizarre story, given you told them you’d been using the same key for two years w/o any problems. I wonder why they didn’t offer you a disclaimer to sign, stating they’ll install the fuel pump, but have forewarned you it may not work, and PB won’t be responsible if it doesn’t. Seems like a reasonable solution to the stand-off. With that disclaimer, I don’t see how it would be in PB’s interest to refuse to install the fuel pump.

That’s a bizarre story, given you told them you’d been using the same key for two years w/o any problems

Actually LISTENING to the complaints of a customer who is willing to pay for competent repairs–or in many other situations–seems to be a lost art nowadays.

apparently the chain is now owned by Icahn Automotive Enterprises.

Is this related to Carl Icahn . . . or are we talking about a different Icahn?

Not a terribly common name

Three million dollar investigation for the return of approx. 2500 dollars doesn’t sound like a wise use of taxpayer money…