Curious when the current & common PCV system was introduced? PCV valve etc. Is this system used world-wide? or mostly only for USA-destined vehicles? I don’t recall seeing a post here from poster outside the USA about this topic.

Go to Wikipedia and read the article “crankcase ventilation system”.

About the mid 1960s. Crankcase gasses used to be dumped overboard with a road draft tube. Made a nasty black stripe on the roadway.

That was in Europe as well. They started redirecting gasses about the same time.

That was called a “road draft tube”. They would leave an oily stain down the middle of road lanes. [image]

What would happen if you drove without a pcv valve? Short term and long term?

My father’s '63 Plymouth had a PCV valve, as did all of the other cars sold in The US beginning with the 1963 model year. 1963 was the year that they were mandated.

I recall reading an article in 1962 (in either Popular Science or Popular Mechanics) speculating that PCV valves would slightly improve gas mileage because engines would be able to combust the blow-by fumes. Obviously this concept was so new that they didn’t know what they were writing about.

Chrysler Corp. Introduced it in 1963. Don’t know about GM or Ford.

Made a nasty black stripe on the roadway.

Must be a lot of cars leaking oil noting black smudge on roads after a dip or bump.

I’m too lazy to look it up but seems to me my 74 olds was the first one for me. Standard tune up was plugs, points, pc , gas filter, air filter, and that canister filter. 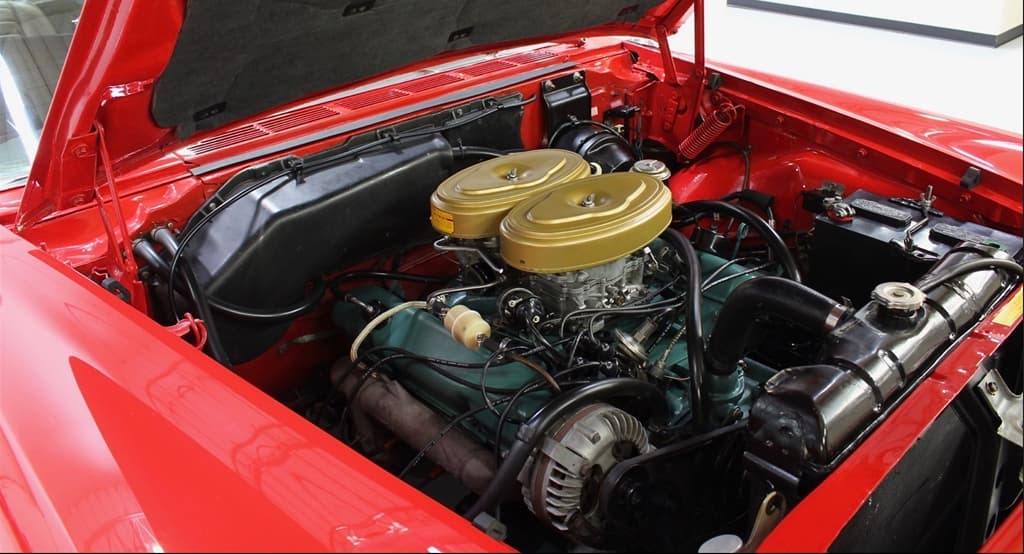 Don’t know about GM or Ford

I know that our '66 Ford Galaxie 500 had a PCV valve, but I can’t tell you exactly when Ford added that part. I am under the impression that it was a gov’t mandate as of the '63 model year, but I will concede my error if it turns out that I am wrong.

From the wiki article:

" In 1961, California regulations required that all new cars be sold with a PCV system, therefore representing the first implementation of [vehicle emissions control].

By 1964, most new cars sold in the U.S. were so equipped by voluntary industry action so as not to have to make multiple state-specific versions of vehicles. PCV quickly became standard equipment on all vehicles worldwide because of its benefits not only in emissions reduction but also in engine internal cleanliness and oil lifespan."

The reason I ask is b/c in photos of European classic-car engine compartments (mostly from the mid 1960’s and later), they appear to have the pcv-hose system, hose from air cleaner to valve cover, another from valve cover to carb, but I see no pcv valve.

Sometimes a valve may not have been used, maybe? I seem to remember replacing the filter on Fords in the air cleaner that connected directly to the valve cover by hose, no valve.

The pcv I’m thinking of plugged into the manifold. They may have capped the breather on the valve cover but not sure if that was a pcv system or not.

I checked, some Fords did have a breather filter that looked like this:

But they also had a PCV valve.

Yes, some of those Euro cars have a separate air filter for the pcv input, rather than using the engine air cleaner. Maybe the pcv valve itself is just better hidden from view compared to more modern cars.

oil noting black smudge on roads after a dip or bump

Seems so… if a drip is hanging, the bump shakes it off. 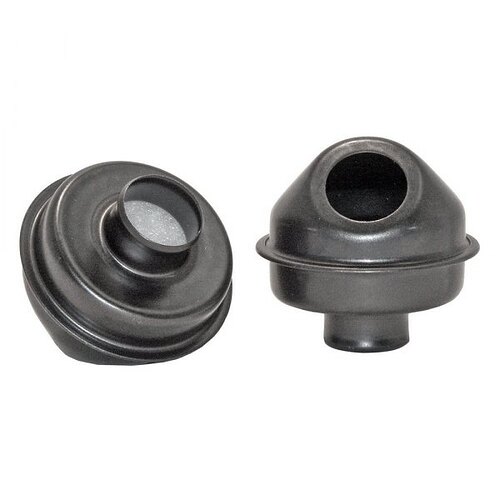