…a dozen more to go…

In NJ, one of those scamming aftermarket warranty companies has to reimburse its customers, pay a fine, and never again do business in the state.

Finally, some justice for those who have been cheated by a company selling worthless aftermarket warranties! 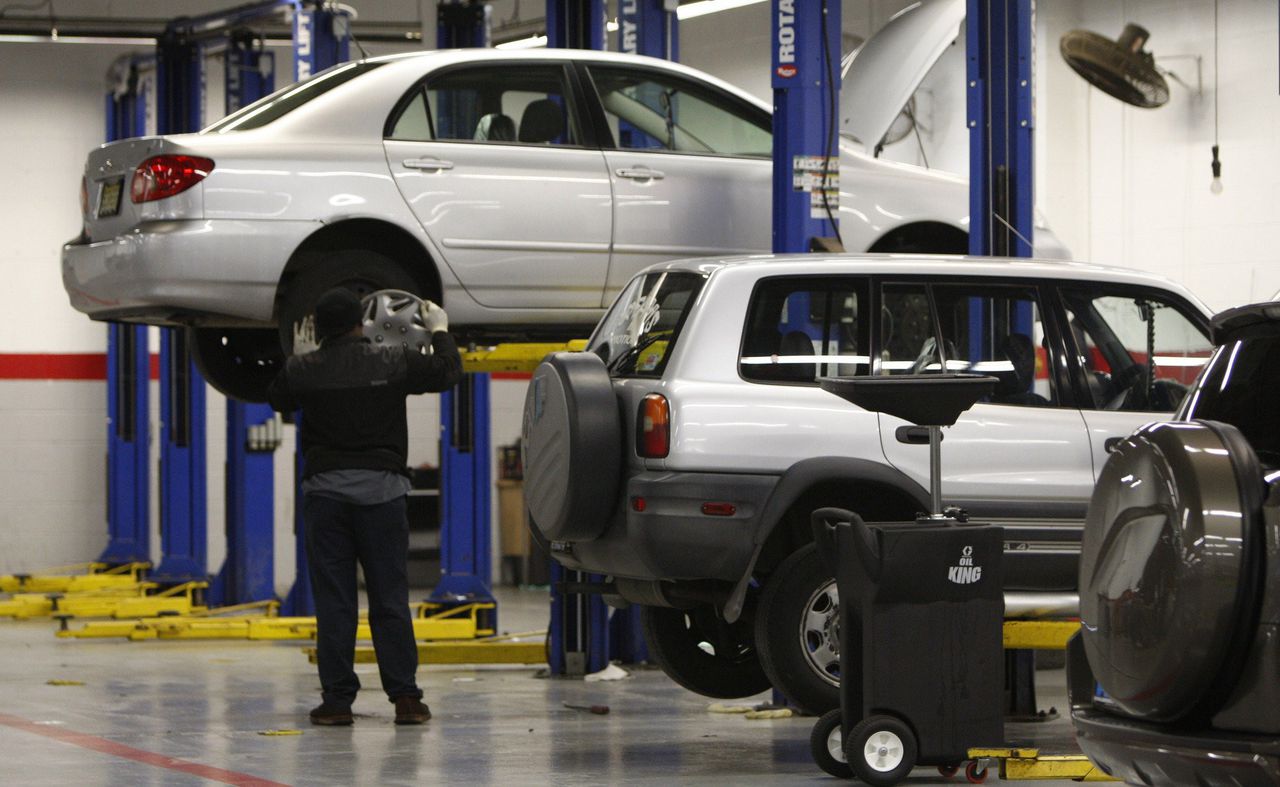 N.J. firm to pay $410K to settle claims its auto warranties were bogus,...

The firm claimed to sell comprehensive warranties when in fact it sold much more limited service contracts, state authorities said.

Problem…that’s just ONE company in ONE state. Direct Buy is sold in MA and NH. It took over a decade to get that fraud Kevin Trudeau behind bars. Why can’t there be criminal charges brought against these jerks?

If me as an Individual tried to sell ONE of these bogus services…I’d end up in jail…I guess the trick is to sell thousands.

VDCdriver I started getting those bogus notices that my 5 year 60,000 mile warranty was expired or soon to expire when the (2010 Kia Forte SX) car was less than 3 years old with barely 20,000 miles. I’m not sure what phony name the phony company was using to try and sell their phony insurance as their lame attempts go directly to my recycle bin. When my standard factory warranty expires this May with about 34,000 miles on the ODO I will still have 5 years and 66,000 miles left on the power train warranty.

At least they haven’t started using robocalls yet. {

And then they dare to use the name of the selling dealer on top of all that !
’‘Hi , I’m Sheryl calling from Gurley Motors about the warranty on your 08 Expedition. Your factory warranty is almost over but if you act now we extend it to XX for ony $$.’’
’‘No you’re not !’’
’‘Excuse me’’
’‘You’re not calling from Gurley Motors !..I work there, 30 years, and I don’t know you !’’

No wonder why many of us warn folks to NEVER by a third-party extended warranty. Might there be a good company out there? I guess, but there are so many scammers/thieves, why take that risk?

When they asked for my year/make of car, I told them “1949 Cadillac” (I actually do have one in my garage) and THEY hung up on ME.

I’ve been cold called by them before. I told them I had a Stanley Steamer.

What bugs me the most…( I pinch my butt cheeks and bit my lip as steam spews out of my ears )…is that they DARE…THEY DARE to even use the word ‘‘warranty’’…there outa be a law !!!

Dude ! it’s an insurance policy , nothing more. coupled with the scheisters who refuse to honor the claims !..makes for quite a shell game between consumers and sellers of these things.

( once upon a time ; my personal insurance agent told me NOT to insure my musical equipment I toted all over the four corners in my Explorer and trailer…to simply start a savings account for that intended purpose and take notice of how much money would have been spent on insurance and compare to the savings account. )

I love it!
When I have the time, and if I am in an ornery mood, I have been known to play with these cold-callers. For instance, when one of them said, “We can give you a much lower interest rate on your credit card debt”, I challenged him to tell me how much I owe, and to which credit card companies I owe those monies.

When he couldn’t give me that information, I gave him my opinion of charlatans like him and his company. (The answer to my question was “zero”, so why would I possibly have any interest in whatever he was peddling?)

Anyway…I think that the next time I get one of these calls, I will state that I own a '41 Hupmobile, with only 18,000 miles on the odometer. It should be interesting to see if I get the same reaction that you got.

I stopped by a car dealer this week to cash in a “prize” that I’d won (a $5 gift certificate). The guy tried to tell me how much money he could save me if I traded now rather than waiting. I simply said that I’d’ learn long ago that the best way to save money on a new car was to not buy it. He was an old guy, probably retired from another job, clearly not a natural-born car salesman, and just laughed and gave me my prize.

Once in a while an extended warranty makes sense. When we were shopping for our first microwave oven at Sears, the salesman tries to sell us an additional 3 years warranty. I asked why and he honestly told me that the then new touch pads were flimsy, and he was on his third one already!!!

We decided to not buy at Sears, and bought an industrial Toshiba unit, the kind used in restaurants. It cost more but served us from 1980 till 2001 without any repairs.

The only service contracts I’ve ever found to be worth it are manufacturer / dealer based - i.e. the Sears ones on rototillers and snowblowers worked for me - I had several repairs on the devices under the contract. And the Accidental damage plans on laptops are well worth it for some people who just can’t take care of their electronic devices and need to drop them several times a year.

For example, with some credit cards, when you purchase an appliance, you get an additional year warranty after the manufacturer warranty expires

We’ve used it a few times, on major appliances, such as range, refrigerator, dishwater, etc.

Absolutely no problem. Didn’t have to pay anything out of pocket

We did give the repairman/installer a nice tip, though

I always tell them that if the quality of their product is so bad that they have to offer an extended warranty…if it breaks it will be the last product that I buy from them.

As far as the Sales pitches over the prone go, my dad was one that loved them. Though he claimed that they had somehow known that we had just sat down to dinner, he’d still play along…letting his dinner get cold.
I remember once him toying with one that was trying to sell him vinyl siding. It just so happened that he had just finished researching installing vinyl siding himself and had all the ammo he needed. He had let the caller do his sales pitch and then told him of his decision to put up his own.
The salesperson went on to tell him how hard it would be to do all those corners and around all the windows and doors.
My Dads reply, “Can’t be that hard…I’ll just let it hang over the corners and get out the chainsaw…I can cut a pretty straight line.”

Or the Window salesperson; Dad, “No I had them leaky SOBs before and I finally boarded over all the windows to keep the draft out. It’s a lot darker inside, but we got electric lights a few years back”.