The red oil light is usually for low oil pressure. You should check the oil level immediately. The shop may have underfilled.

Your first step should be to raise the hood and check the oil level. Don’t drive one inch further until you do this.

Failure of an oil pump is extremely rare. Oil pressure sender unit failure, not so rare.

Agreed Shanonia. OP, if you had the oil changed at a shop I would take the car back and have them check it out. Since you state you’ve checked the oil level and it’s filled, then I think you would be safe to drive it over there.

We actually experienced this with our 1965 Dodge Dart!! My wife had the oil light come on and immediately stopped the car and called me. I drove to meet her with extra oil, and checked the level. Sure enough, the level was right up at full.

So we carefully drove it to our mechanic who quickly discovered a faulty sending unit. Took $25 tp fix it.

I see by your “First thing I did…” comment that you meant check the oil level.

Other than agreeing with the others about an oil pressure sending unit, you might consider this.

The Aurora is an older car with likely some wear based on miles. What if the oil change facility used a 0/something weight engine oil and it’s too thin?
It could be that a 0/something motor oil could cause the oil pressure to drop too low at idle whereas a 20/something may not. I have no idea what kind of motor oil you’ve used previously, etc.

With most oil pressure sending units it only takes about 3 to 5 PSI to shut the oil light off. However, 3 to 5 is not enough to protect the engine.

Have a shop measure the oil pressure w/their calibrated shop gauge. If it is ok, then replace the sender unit. The sender unit screws into the same place a shop gauge is used, and is sort of your own shop gauge. If it isn’t the sender unit and the oil pressure is actually low, the most likely cause is a worn engine. The oil system is sort of like a straw with a lot of small holes in it. As long as the holes are small, it’s easy to pressurize. But when the holes get too large, not so easy to pressurize. In an engine, the “holes” are the bearing clearances. Too large of bearing clearance results in low oil pressure. A new engine would have a bearing clearance in the 1.5 to 2.5 mil range. (mil = 1/1000 of an inch). So it isn’t very big, and not much has to wear away before it becomes too big and causes low oil pressure. What the model year and how many miles? Every run low on oil or coolant before? The link below might be interesting fyi 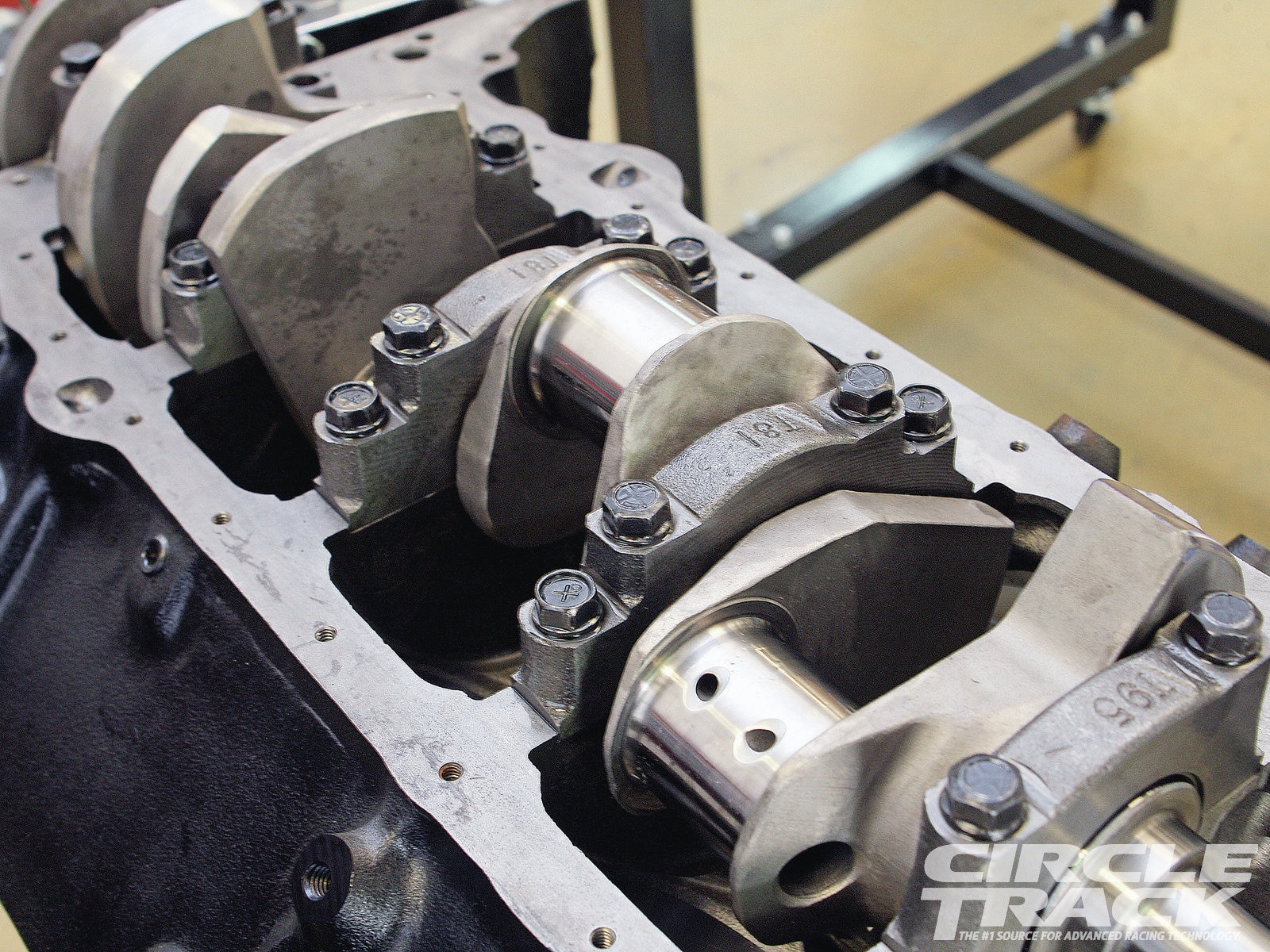 We take a look at crank and rod journals and learn the basics of the bearings and bearing clearance that goes between them. - Circle Track Magazine

Maybe, just maybe since this occurred after an oil change, that the shop put in too thin an oil for this car. Maybe 5W20 instead of 10W30. maybe the oil filter is a cheapo and causing a pressure drop that could ruin your engine if left in place.

Did you take it to a Quickie Lube place? If so… I’d suspect either of these 2 problems. After having the oil pressure properly checked, have the same shop do another oil change with QUALITY parts by a real mechanic rather than the drooling mouth breathers often working in the Quickie Lube places.

aurora has 4.0? or the 3.5 V6? i almost never see questions about the 3.5. pretty rare bird. the northstar motor is somewhat known for low oil pressure issues, mostly 4.6 but the aurora owners do comment on the issue also. the sensor clicks on at 6psi and its common to have them cause issues. 10-30 is usually spec’d but you can throw in a qt or 2 or heavier oil if you want to play with it.