In the chevy nova my dad bought recently, there is an odor of mold, but all i can see is a few mold spots on the seat belt, but i plan on washing it down with soap and water. to get rid of the mold, what would you suggest? Could i use something like Tilex, a home mold killer?

An odor of mold inside the car is not a good sign, as this may indicate that the Nova is a former “flood car”. If that is the case, mold will be the least of the problems with this car. Hopefully, the former owner was just a major slob who frequently spilled things and who kept the HVAC on the “recirculate” setting, rather than on the fresh air setting.

Unfortunately, soap and water will not get rid of mold. If it did, shower stalls wouldn’t have mildew problems! That being said, you should be aware that Tilex is essentially a strong solution of chlorine bleach. While it does control mold, killing mold that has invaded something as porous as fabric is pretty tough to do. In addition, I would strongly suspect that Tilex/bleach will seriously weaken the seatbelts, making them essentially useless in the event of a collision. Don’t use Tilex or any other commercial cleaning products on the belts!

My best suggestion is to replace those seatbelts. It won’t be cheap, but your plan of cleaning the old ones is not realistic and will likely result in weakened belts. Also–Pull up the carpet in as many areas as possible, and spray Lysol spray underneath the carpet. Give the HVAC system’s air intake a few heavy doses of Lysol spray, and to allow this to permeate the interior while the windows are closed for a few hours.

Bear in mind that mold is very difficult to eliminate unless you kill every bit of it and are able to prevent new errant spores from taking hold and starting the process again, so my suggestions may be to no avail in the long run. Good luck!

thanks for the good advice. our second plan was to take the seats and everything else out, then wash it with one of those carpet cleaning machines we have at home that heats the water and also uses carpet cleaner, would that help with the mold?

A steam carpet cleaner would probably do the trick. I’m not sure how hot the water gets in a carpet cleaner that only uses heated water on the carpet. It might work, but I can’t say for sure.

If there’s mold on the seatbelts, the carpet and padding probably are worse. Besides being a flood car, other causes would be leaks, either around windows or through the area behind the dash. Do a hose test, see if you can find any leaks. Also check under the carpet to see if there’s rust, could be a real problem. Finally, does this car have A/C? Sometimes the evaporator drain line gets plugged, causing water to leak into the car.

well, the car has been sitting in a garage for about 18 years, and my dad and i have been scraping off calcium and limescale build up that is over most of the car. as for the a/c, im not sure if it has one, it only has a hot and cool setting inside, but i cant find the compressor, condensor, or even the refrigerant pipes. but thanks for suggesting the leak test with the hose, because there was also some calcium/limscale on the inside of the driver’s side window. oddly though, there really isn’t carpet, its mor like a thing that looks like padding on the ground.

I would be surprised if a 73 Nova came with A/C. Just a suggestion, why not replace the carpet and padding entirely, it’s not too expensive. I plan on ordering replacement carpeting from these folks for my 93 Caprice some day. 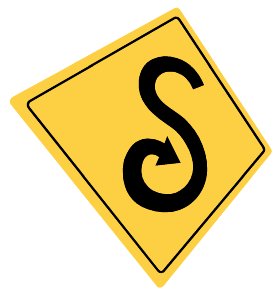 Auto Carpet custom molded to fit the interior of your car, truck, van or suv just like the original carpet. Our replacement automotive carpet kits are the highest quality for your vehicle and are made of OEM quality materials.

i guess that could work, but the carpet isn’t relly carpet, its more like rubber padding and its in good condition. but the headliner perforated vinyl is detatching form the foam backing, so do you think it should be replaced? if so, would i need to take the windshield out in order to be able to put it in or can it go in through the door?

Boric acid and Borax is about the best mold killer you can use in any fabrics that will stay in the vehicle. It not only kills mold spores, it keeps them from returning if you don’t rinse it all out after cleaning.

thanks so much, i was hoping that there was something that could kill the mold and keep it form comimg back. but where can you get borax for the application in mind?

Keith is correct that Borax is an excellent product for killing bacteria and fungi. Since I use it myself on laundry, I’m ashamed that I did not think of it for your purposes.

The product can be found in the laundry products section of any large supermarket. Look for 20 Mule Team Borax, which is packaged in a yellow box.

I remember that padding from my Uncle’s 73 Nova (back in 73). The windshield would not have to be removed to replace the headliner, I don’t quite understand the comment about the door. There are plenty of places for restoration parts, for instance.

The Nova is a fairly simple car to learn to work on. I suggest picking up a Haynes or Chiltons manual for it, I’m partial to Haynes myself.

Mold spores are ubiquitous. You could destroy every single one inside the car and if the conditions are right, they will be right back in no time. Once you get rid of the active mold/mildew, it is imperative that you remove the source of moisture that allows them to grow. I used to have several cars under cover on my asphalt driveway. They all developed mold and mildew problems in the humid air of the NE coast. I had to virtually sterilize the interior to rid them of it and then, after several rounds going through this, I figured out I had to ditch the covers since they were promoting condensation. No problem since.

In addition to the 20 Mule Team Borax, add about half as much Boric Acid. Most Roach Killer powders are simply Boric Acid. So to a gallon of water, add one cup of Boric Acid and a cup and a half of Borax powder.

the thing is that the only reason the mold even got in was becuase it was sitting in a garage for 18 years and water leaked in through i guess the door seals. but thanks for the advice

the head liner is in good condition and the vinyl is not torn in any places, its just that when i tried to wash the dirt off, the vinyl separated form the padding behind it. my question was, can the headliner fit out the door, because we were planning on taking it out, rubbing it down with water so the vinyl would release, and then after we cleaned the padding, we would apply headliner spray adhesive to get it back on. the only problem is that i am not sure if the whole headliner can come fit out the door, was it made so big that it can only go out the windshield frame?