Noise in my 77 mgb engineer

I took my car to a mechanic for some long overdue work. In the course of fixing the original issue (brakes) the mechanic heard a noise in the engine that he couldn’t identify. Now he is recommending an engine overhaul or replacement. The shop does good work but i’m cautious. He said it might be the lifters. The car has 35,000 actual miles but has sat for long periods without being run. Any suggestions are welcome. I love the car and have had it more than 30 years.

That should be engine! Not engineer. That would be a completely different problem. Sorry.

Those engines are as simple as an engine can be and it should be very easy to detect where a noise is comming from. Can You hear the noise?
Is it possible for You to record it and upload it here? If You can, please do so.
Also give us as many details about the drivetrain/maintenance as You can.

If he is correct that it is a lifter, I can not see the need for a rebuild.
I would try a fresh oil change and do some driving. If a lifter is sticking it might free up on its own.

I would try a fresh oil change and do some driving. If a lifter is sticking it might free up on its own.

Good idea also, just remember to use 20W-50 oil of good quality. I’ve never seen a sticking lifter on those engines, but I guess it could happen,

Asterix is correct, these engines are very simple and robust but too little information…
Start by being sure that your mechanic is experienced with this old technology, which runs and sounds different from a modern car and I suspect that when you find the right guy he’ll quickly have a pretty good idea of the problem.

With any luck, with a car that old and sitting so long, it may just be the oil turning into tar which may be an easy fix…

Did MGs ever have hydraulic lifters? 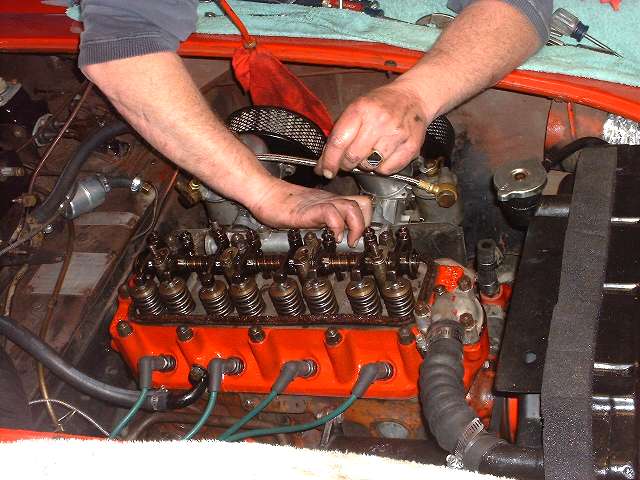 So if the OP’s mechanic didn’t suggest adjusting the valves, he’s not much of an MGB mechanic.

Yes, they are mechanical and needs regular adjustment.
And the thing is they DO NOT LIKE unleaded fuel at all. Been there, done that. They need the lead additive.
The head can be modified with steel inserts in the valve seats so they can use unleaded.

For my own education. Flat tappet engines, do they need a ZDDP supplement to the oil?

I can’t speak for the early domestic high performance V8s but the modest performance MG engine never seemed to have a tappet wear problem although some suggest using ZDDP for the first oil change after an engine rebuild.

For MG’s the additive issue focused more on lead substitutes to lubricate and prevent excessive wear on the valve guides, with replacement by harder guides being the solution.

Yes, they are mechanical and needs regular adjustment.
And the thing is they DO NOT LIKE unleaded fuel at all. Been there, done that. They need the lead additive.
The head can be modified with steel inserts in the valve seats so they can use unleaded.

Yep, that photo came from a story on repairing a head that had a burned valve caused by using unleaded gas:
http://chicagolandmgclub.com/photos/a_head/

Yes, they do require ZDDP. Modern oil assumes roller lifters and roller rockers. None of that in an MGB. I’d add some at every oil change.

What a beautiful picture of a simple engine. Brings my thoughts back to the simple days of mechanics.

Any suggestions are welcome.

In 1976 I found my 1962 MGA 1600 Mk II in a grocery store parking lot in Southern California with a for sale sign ($400 or best offer) in the window. It looked nice. I called the phone number and met the seller. They told me their “mechanic” friend said it was knocking and needed a new engine. I said otherwise it was in nice condition. I did my usual check of the master cylinder. (if the hydraulic fluid is pink walk away). They have “live rubber” seals that require Lockheed/Girling hydraulic fluid and any sign of pink would indicate DOT3 which would dissolve the seals. (very expensive repairs) and I would pay their asking price. We did the deal and I had a friend drive me there the next day. It started up and it had valve train clatter. I drove it about a mile and a half home and adjusted the valves plus changed the oil and filter in my garage. It ran great!!! As has been suggested I advise OP to have the engine “valve train” inspected.