The founder of the Nikola ! electric truck was found guilty of defrauding investors. Apparently the video of the electric tractor trailer rolling down the road was faked by rolling it down a hill.

Wish I could post a link but I don’t know how.

Well @oldtimer-11, you can use the mouse or touchpad, highilght the page source at the top or even just click on it to highlight it, control c to copy, then in your response control v to paste, not making any statement, just trying to add to the discussion. 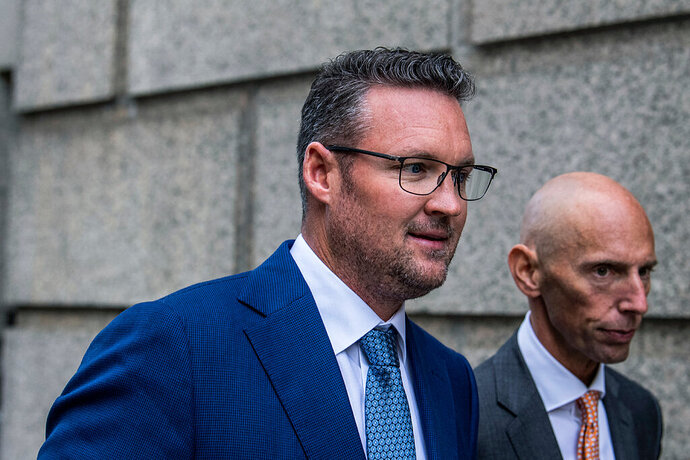 Founder of Electric Truck Maker Is Convicted of Fraud

Trevor Milton was accused of boasting about nonexistent technology to inflate the stock price of Nikola, a maker of electric trucks.

It was actually a video of a hydrogen-powered truck which was faked, as the technology is vaporware. According to the news article, Nikola actually does produce battery-powered trucks…as do several other companies right now. Nonetheless, the company was a fraud, and anyone who invested in its stock before this fraud was revealed likely lost the bulk of their money.

Even though this has nothing to do with cars, it is very important to understand how the stock market works, how to determine a fair purchase price for a particular company’s stock, and what kind of companies to invest in…and what kind of companies to avoid like a disease. I have always calculated what I think is a fair purchase price for companies which I wanted to invest in, based on annual profits vs total market capitalization…and then realized that the actual trading price was way higher, so I didn’t buy in. So other than my IRA, which owns stocks, I never owned any stocks personally, until this summer when prices finally came down to reasonable valuations.

So far this year, I have invested $6k, and plan to invest another $4k by the end of the year. I have invested half of the money in semiconductor stocks, and the other half into REITs. I won’t name specific companies here, because I don’t want to be accused of spam, but suffice it to say that these are all companies which are well established, have a viable business model and are market leaders in their industry, and the share price at the time I bought in was supported by the company’s profits and projected revenue growth. And yet these investments have all lost money…in the short-term.

Is that a problem? No, because these are all dividend-paying securities, and I believe the companies will succeed (and the share prices will recover) over the long-term. I plan to hold these investments for decades, and collect the dividends each year, so buying at absolute rock-bottom is not a big concern.

I certainly would not want to be a day-trader or speculator betting on short-term capital gains in this market, though! And it goes without saying that investing in “meme stocks”, companies with unproven or obsolete business models, companies which are not profitable, or whose share price far exceeds any reasonable valuation should be avoided like a disease. A lot of stocks were bid up to bubble levels…with no regard for the fundamentals…and now the bubble is bursting!

Based upon your investing philosophy, i should not have bought Amazon in 2014 for $17.00 a share.

the company was a fraud, and anyone who invested in its stock before this fraud was revealed likely lost the bulk of their money.

Yup!
This wasn’t the first case, and it surely won’t be the last instance, of a company CEO who thrived–for a short time–on financing resulting from a complete scam. One of the best examples is the now-convicted Elizabeth Holmes and her phony Theranos blood testing technology.

Tyler Shultz, Theranos whistleblower and ACFE Sentinel Award Winner, explains where things went wrong at the infamous blood-testing company and why he couldn’t sit back silently — even at the potential expense of his relationship with his...

Yeah you win some you lose some. I just decided years ago I would stay out of trying to pick individual stocks for better or worse as they say. We had a chance to buy scheldahl when it was Pennie’s but didn’t do it. My dad bought into solar in Colorado maybe 40 years ago. When the updates quit coming, 20 years later he still thought it was a going concern when he had me find out what it was worth. Yeah out of business. Way back I bought into a promising interactive educational system. Timing was off with no virus plus the bush boys locked up the market with no child left behind. Some brokers are no better than used car salesmen. And even the most savvy folks got caught up in Bernie’s ponzi scheme. It doesn’t bother me that some people had big hits and I didn’t so I just stick with mutual funds and don’t worry about it. On the other hand I haven’t bought a cd since I was saving for college, and it was a big mistake buying us savings bonds for a college fund. Still I noticed Ed Jones six month cds are up to 4% now which might be better than just parking money in checking. Still that’s not a lot of money after you pay tax on it.

I’ve just seen everything go up and bust several times and try to be ready for the eventual bust again. We are there now. How bad it will get only god knows. One thing though those poor folks that are paying for gas a fuel oil with 24% credit cards will be in a world of hurt in a few years just like before. I just hope I won’t be forced to eat worms and bugs like gates wants and those poor Dutch kids. Sunday morning advice to kids, hang on and don’t be stupid. Pheasant season is just starting and they are pretty good to eat.

Just got asked about macs for copy and paste. Command c and command v will work. Why not p for paste you ask? Because control p was already taken for print. It works that way on a chromebook also.
Stocks are funny things. Invested in a Canadian company with large canadian oil holdings. Bankrupt before the oil boom.

Based upon your investing philosophy, i should not have bought Amazon in 2014 for $17.00 a share.

Yes, you should have. So should have I. But back then they were just selling books. I didn’t see their vision of what they became NOW. They were also NOT profitable for at least 10 years.

That $10,000 investment into Amazon in 1997 which we all missed would now be worth over $16,000,000. One company I worked for was founded by one of the early investors of Amazon. He was much younger than me and worth MILLIONS. Right place at the right time.

Yes, you should have. So should have I. But back then they were just selling books. I didn’t see their vision of what they became NOW. They were also NOT profitable for at least 10 years.

The thing about this hypothetical Amazon investment is that dozens of other Internet-based companies at the time had similar fundamentals, and similarly poor short-term and medium-term prospects. Most of those companies went belly-up during the dotcom crash, and investors were wiped out.

So my point is that investing in any company, especially a money-losing company which is burning through venture capital with no forseeable end in sight is a huge risk. For every Amazon, which pays off handsomely, there are probably a hundred or more companies which fail, wiping out their stockholders and creditors. For that reason, I stand by my recommendation to invest in established companies, which provide a reasonable rate of return, not to risk huge losses trying to chase major gains.

For every Amazon, which pays off handsomely, there are probably a hundred or more companies which fail, wiping out their stockholders and creditors

Should be worth a lot more then that now.

There is no end to the companies lining up at city, county, state, and Federal offices to bleed the taxpayers dry for “incentive” money.
A pretty thick book could be written just on the ones in my neck of the woods.

There is no end to the companies lining up at city, county, state, and Federal offices to bleed the taxpayers dry for “incentive” money.

Do you folks also get bombed on a daily basis by those radio adverts about how to get rich by claiming for free gov’t ERC money? Whenever I hear that ad, I think to myself “aha!! that’s why everything costs so much these days”.

Watch out for the scams. ERC could mean… Every Rotten Crook

ERT could mean… Every Rotten Crook

lol … the adverts are for ERC == a gov’t issued freebie, Employee Retention Credit.

opps, guess I should put on my glasses.

the adverts are for ERC == a gov’t issued freebie, Employee Retention Credit.

Before you posted the explanation, I had to Google it because–thank God–those commercials aren’t running on any of the stations that I watch. Maybe nobody can fit them in among the Camp Lejeune lawsuit ads and the incredibly annoying campaign ads. At least the campaign ads will end in a few weeks.