News is not what I need to know

The politics are severely under covered, But what seems more important is Justine beaver Lindsay lohan and dancing with the stars with mary kate and anna
" Lindsy refused to join for an interview! Charlie is still in her corner! etc. We need news about the dangers of fracking, open pit low sulfide mining, cuts to medicare and social security, the influence of corporations on politics,. the loss of family values to corporate values, ie profit is more important than the environment. There is not news but an entertainment diversion so you do not miss news.

When morning news programs replay the previous night’s “reality” shows’ highlights, you know they’ve got nothing else better to report

Or, insert tinfoil hat conspiracy theory on news channels trying to keep us from knowing what’s REALLY going on in the world

@Barkydog
Just so you know I’m an equal news opportunity person, I feel it’s equally important that we know who the partners are in " dancing with the stars "

This are no less important then the so called real news. There is little we can do about the big stuff individually, but we do know our vote counts more sometimes with DWS. These diversions are important because people actually feel vested. I 'm real happy with mine and my kids famly’s values and I trust everyone else is too. So instead of worrying about that, I will continue to campaign and remind all of you guys that ballroom dancing should not be slighted and made fun of .

I know this is true, because my wife keeps reminding me; “If it wasn’t for the dancing, I would have left you years ago !”

Tell me about it. I just spent 13 hours going through every news channel on Sirius. MPR, CNN, Fox, MSNBC, POTUS, etc. and they are all junk. All they want to talk about was guns and gays. I made the very same comment-why don’t they mention or do analysis on the budget, employment, housing, you name it. About ready to rip the radio out of the car.

Actually though I think there are no more real journalists or news organizations and we will suffer severely for it. When they allowed the big boys to buy up competing media it was all over. I may lean one way or another but I want to hear both side but I want professional analysis not some whining hack on the right and left spewing junk for analysis.

If all you are doing is looking through commercial television and radio stations for news, you have made up your mind you want to be entertained or are looking for someone who is selling what you want to buy.

Commercial news is like commercials in general…it 's there to entertain and sell something. If you want news that is less geared to satisfying a sponsor…your choices are obvious and easy to find. 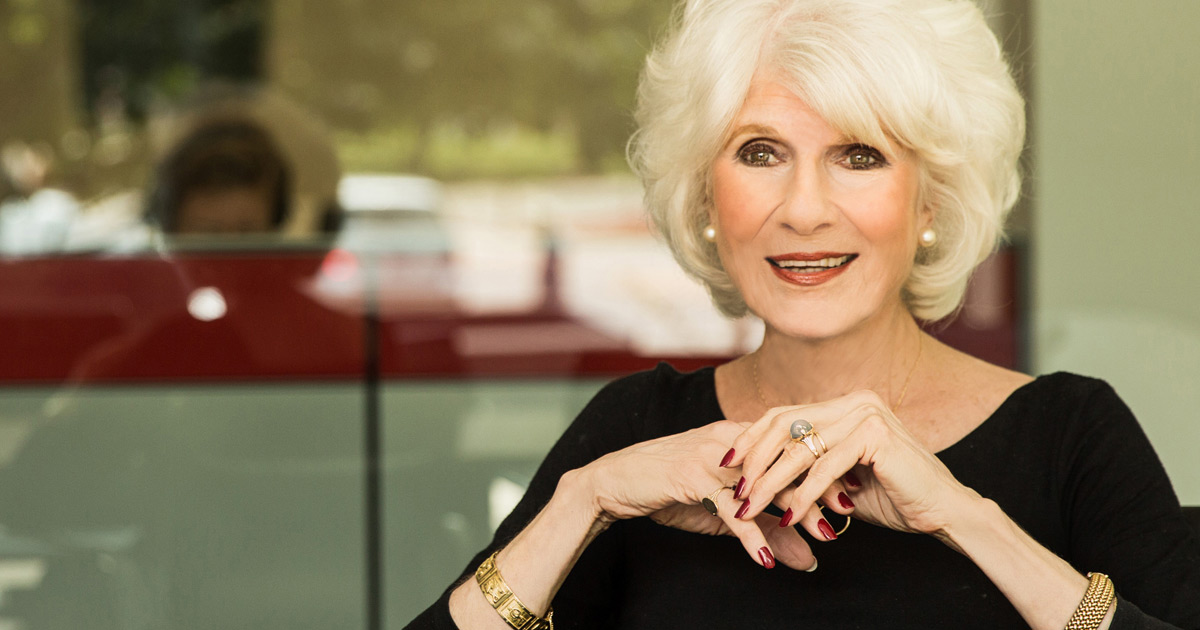 Diane Rehm is a native Washingtonian who began her radio career in 1973 as a volunteer for WAMU 88.5, the NPR member station in Washington, D.C. She was hired as an assistant producer and later became the host and producer of two health-oriented...

Isn’t it a shame that those of us who are sincerely concerned about our leaders and the direction they are moving us find that the media and press offer very little of substance while filling the day with a repetition of drivel and propaganda.

To me it’s more than just our leaders and the direction they’re taking us. It’s also what’s happening in Europe, Libya, North Korea, etc., and our actions in the START talks with Russia. And, of course, there’re the sequestration hearings, and DOMA.

There are times when I’d like just shallow entertainment news. What’s happening with Lindsay Lohan, what Charley Sheen is up to, and who won Dancing With The Stars. And for those times there’s various Hollywood shows, including my favorite, TMZ. But it’s pathetic when the “big three” fill their news programs with the hollywood crap and the latest President’s self-serving speeches…without any real analysis of what they really mean.

I’ve seen a few political cartoons about the media and Obama. One was a dog, with the collar reading “media”, being rubbed by someone that was obviously Obama; indicating the media was Obama’s lapdog.
Another had a group of people shouting praise to Obama(not in the picture), I think one had her bra in her hand, waving it around in the air. A security guard comes up to the group and says “Ok people, move along, we need to make room for the press” to which someone in the group says “we ARE the press.”

It’s all biased garbage no matter if it’s Fox, CNN, CBS, NBC, or whomever and the local news is pretty much nothing but fluff. I’ve pretty much tuned it all out.

Maybe I remember a day when faux news did not have to have the disclaimer fair and balanced, you decide.

I remember journalism, The art of displaying 2 sides of a discussion fairly. Journalism is dead.

I remember my mother in law, my niece went to the walker protests in Madison,

Oh My Goodness weren’t you afraid of being attacked and raped by out of state union thugs?

She was like Grandma do you watch fox news? They were regular Wissconsin people, not rapists and thugs.

Grandma Yes I watch fox news and I am so worried about you being there.

I was there also, no thugs but that is what my MIL watching faux news came to believe the 100k + protesters were rapists and union thugs.

As FDR said, Hitler’s strategy was simply don’t tell a small lie, because the larger and more outrageous the lie is then the easier it will overwhelm the person being lied to. They will come away with the opinion that the lie is so huge that it can’t possibly be a lie…of course there are only a few people who will believe the lie in the first place…they are the people too biased and lazy to find out the true information. This is the Republican base…

Here is the video of FDR telling the truth about the Republicans and Hitler’s strategy, the video is courtesy of Thom Hartmann and The Big Picture RT: http://www.addictinginfo.org/2012/08/22/president-roosevelt-exposes-republicans-for-using-hitler-strategy/

PBS news won’t yell at you or tell you what to think. You will courteously have to listen to both sides. Some don’t like that because they don 't want to hear both sides. It’s not easy to have to think and listen. But if that’s not our thing, and sometimes when I’m driving in traffic, it isn’t, maybe then it’s time for a little music.

The only news that I need to know: The Dog did it. The Cat knows nothing.