The EPA plans to call for increased use of ethanol and other biofuels in fuels. This may include E15 year-round. The article linked below gives additional information. You can comment here and comment on the EPA website before the rule is instituted. They do want public comments and anything you say might lead to a better rule. EPA seeks to mandate more use of ethanol and other biofuels

MINNEAPOLIS (AP) — The Environmental Protection Agency on Thursday proposed increasing the amount of ethanol and other biofuels that must be blended into the nation’s fuel supplies over the next three years, a move welcomed by renewable fuel and...

Got fooled the other day, e85 price so much lower than regular. Saw the e85 price and thought great. Did not work out great. bombay sapphire tonic and a lime please.

I can’t find a link to comments either. I emailed the hearing coordinator and asked for one. If he’s in next week, I hope to have a response early in the week.

So there is a federal mandate concerning how much plast based fuel must be used? I didn’t know that.

How about this? They can sell pure ethanol at gas stations, and then burn 15 units of this ethanol to get rid of it while selling 85 units of pure gasoline at the pump!

The boys on the farm said it was a pretty good year with commodity prices up. Maybe more money for corn ethanol is what they meant. No drilling but make all the alcohol you can. I think I read they used coconut shells in Brazil during the war. Can’t grow them in Minnesota though.

So there is a federal mandate concerning how much plast based fuel must be used? I didn’t know that.

No, it’s a maximum not minimum. The current maximum for E10 is 10% ethanol. If you read the gas pump label, it clearly states that the gasoline dispensed contains up to 10%. In my area E15 is sold now using the E88 label, allowing up to 15% ethanol. E10 is the predominant 89 octane fuel by far. I am aware of only one local brand that sells E88.

I got a response yesterday. The comment period hasn’t opened yet. Here’s the response:

“ The comment period hasn’t opened yet (it won’t open until the proposed rule publishes in the Federal Register later this month). Once that occurs, you’ll be able to submit comments through regulations.gov by searching for the rule’s docket number (EPA-HQ-OAR-2021-0427). Let me know if you have any other questions.”

The current maximum for E10 is 10% ethanol

Our flex fuel Audi reads out alcohol percentage to the OBD2 data stream. We use only E10 premium in the car since E85 is very hard to find locally. The fuel reads 9% ethanol consistantly. Just below the “up to” percentage.

There are two things going on. There is the maximum amount that can be blended into a particular gas, 10%, 15%, or 85%. But there is also a government mandate for the minimum total amount of ethanol blended. The mandate was going to increase to 15 billion gallons, but that’s raised a lot of complaints, so they’re now considering backing off to 14.1 billion.
More here: 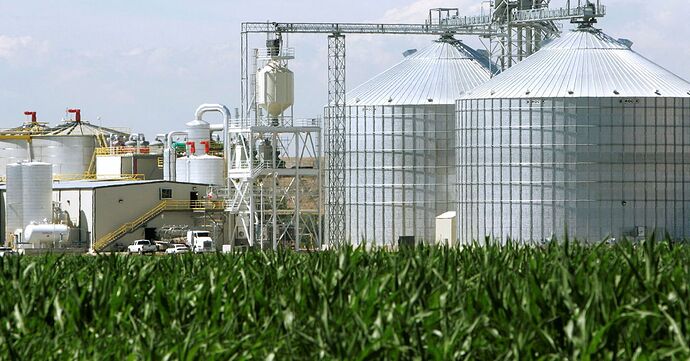 The Biden administration is considering lowering the 2022 ethanol blending mandate below the proposed 15 billion gallons amid backlash from the oil refining lobby and unions arguing the shrinking U.S. ethanol industry can no longer support the...