I would also like to avoid wiring through the firewall so if possible, I’d like to only use the fuse box under the hood and not the one in the dash 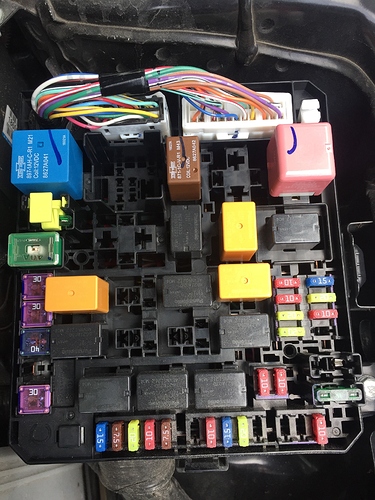 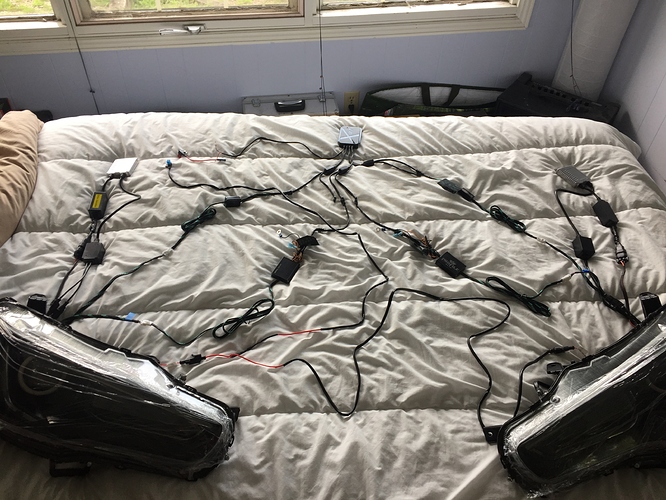 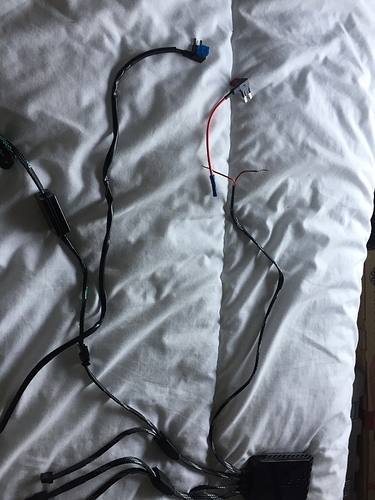 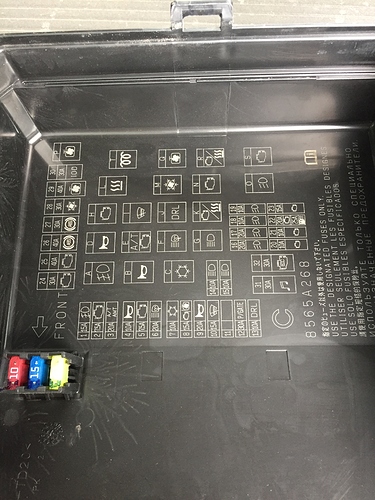 Find a fuse that is controlled by the IGN by checking with a voltmeter to see which is off with IGN off and on with IGN on. Choose one bigger than 10A, preferably 15A or 20A as it will give you a bit of cushion.

You want one that looks like this rated for 10A; 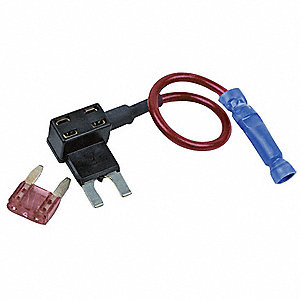 And if you don’t own a voltmeter, get one. Anything else is a guess.

Not to be judgemental… but I’m wondering why you’d want to control your headlights with your phone?

And I assume this car is still under warranty (2017 model)? Are you sure you want to be messing with the factory wiring?

Are you sure you want to be messing with the factory wiring?

Good point, that would void the warrantee for anything the dealer could point at the wiring as the source of a problem.

Put me down for also not seeing any reason to control headlights with a phone .
@Surprise …. At least check to see if you might void the warranty before you get a surprise.

but I’m wondering why you’d want to control your headlights with your phone?

This, all day long this.

Yep another one for just because you can doesn’t mean you should. At any rate, just pick a slot and put a test light on to see if its live all the time or goes off with the key, then wire up a new circuit.

why you’d want to control your headlights with your phone?

This confuses me too!!!

While you are messing with the headlight controls on your phone…you run down a pedestrian.

If it were me, I’d be very antsy about pulling that much current through an existing fuse. High current always comes with a price; usually paid for with the failure of something else.

I’d want that current run through a relay that sources its power directly from a battery connection. If you can find a direct from the battery cable routed into the underhood fuse panel and unused then great. That would probably work.

My thoughts are, if you can’t figure out a fuse tap why would you even be messing with it.

Just a side note, I tapped into a 2 way radio power for a power point for a hand held spot light, and if the light was plugged in the gmc van would not turn off with the key.

I’m wondering why you’d want to control your headlights with your phone?

Say you are looking for your car parked amid a thousand other cars in the same section of a stadium parking lot, airport parking lot, etc. Dial the number, the headlights flash on, done.

All I do is push the lock or unlock button on the key fob and the lights flash and the horn sounds. If I really can’t remember where I parked, I can hit the remote start button and the car will start and the parking lights will stay on. Only got ten minutes then to find it before it shuts off again.