I have a '94 Mazda MX 3. For many years it was driven only on Sundays in the Bay Area. Finally in the last few years we started driving it more frequently so it now has just under 100,000 miles in 14 years of driving. The problem is that in the last 20,000 miles (or less) we have replaced the distributor 3 times and now we are told it needs to be replaced again. The last one was replaced in September and the car was driven less than 5000 miles. While I believe you can get one bad distributor and even one bad mechanic we have had different people perform the same repair. The car drives fine for a few thousand miles then it suddenly will not accelerate and creeps along, put in a new distributor and then things are fine for awhile.

Since the distributor keeps going bad after relatively few miles, is there something else that could be wrong that damages the distributor? Before the last one the mechanic said the distributor looked to be in really bad shape and burned out but the shop had replaced it only 6 months before then. So is the distributor actually the symptom but not the cause of the underlying problem?

Any help would be great. Love the car but I can’t keep buying distributors:>

Did they give you any idea of what the problem with the distributor was?

Just for clarification, are we talking about distributor not the distributer cap, and rotor. And is all the ignition parts stock or replacement grade parts.

Are they having them rebuilt? I suspect a poor rebuild job.

More than once the distributor, distributor cap and wires were replaced

JMHO, but I’m not sold on the idea of this many bad distributors. Especially since you’ve had this done at a number of different shops and if you have also related to each shop in succession that you have had repeated dist. failures.

Maybe each shop is just assuming it’s the same old thing and blindly replacing the distributor when the problem is really elsewhere; like a failing fuel pump.

Just ran into this issue with the same symptoms practically as the OP - maybe 4000 miles on a new distributor after the original had the wiring clip broken by a friend, shop is diagnosing a failed distributor on my 91 f-150 5.0 engine. if distributors were fully mechanical I would raise an eyebrow to multiple failures, but being that there is a circuit board at the clip for the distributor, any type of over voltage scenario could in my imagination fry the board in the distributor rendering it useless. I wouldn’t rule out an electrical issue burning up your distributors which is what i’ll be looking for after I install my (2nd for me, but 3rd) distributor - from o’riely’s with a limited lifetime warranty.

Twelve years late to the party, but I might ask what part of the distributor is being fried? You mention circuit board. Does that mean the board in the TFI module?

Exactly that - I didn’t notice that the boards can be unscrewed and replaced, so you don’t need a full new distributor - just TFI modules(basically the same price, but a lot less work to just replace the module). really surprised that the shop didn’t key me in on that and had to learn it in a 12 year old thread. old but gold - you just learned me on something.

Just a bit of advice. The metallic back side of those TFI modules will get blazing hot within a few minutes with the key on and on a cold engine. I know; I got burned by one. And then they mount them to the distributor which is located near the thermostat outlet. Like that is going to cool it down…

The mating surface of the distributor must be clean and the special grease that comes with the module must be applied to those surfaces or the module will fail. Even after doing all of that they can fail due to heat and summertime just makes the problem worse.

After several TFI failures on one of my old cars I acquired a piece of finned aluminum aircraft heat sink.
I mounted the module on a piece of the finned heat sink and mounted it inside of the air cleaner housing with a couple of Loc-Tited screws and nuts. I then extended the wiring to reach the module. This meant that whenever the engine was running the incoming air was rushing over the heat sink and module. Never a TFI problem again after that. This is the sort of heat sink I used. 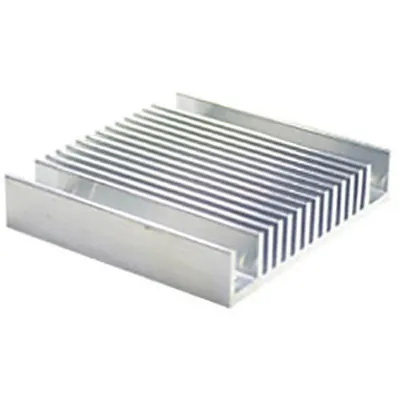 I am currently facing the same problem kn my 1997 CRV Honda. I have replaced distributors thrice and this gona be the fourth time. I dont know what to do

Those 90’s Hondas had a bunch of the engine sensors packed inside the distributor. If the rotor screw backed out while the engine was running, it would ricochet around in there and break everything. I saw that happen on several 90’s Hondas, including one of mine. Has anyone looked to determine if there’s any physical damage to the stuff inside the housing?

I suspect this is a misdiagnosis on your part. The odds of 3 or more bad distributors in a row is zero IMO.

Your car is under a Recall for faulty ignition switches which could lead you to believe no spark is the distributor’s fault when the reality is it’s due to a lack of power from the switch.