Moving to Vermont from Oregon, better to buy used car where?

In 6 months or so we’re moving from Oregon to Vermont. We really need a new(used) car. Employer is paying to ship car(s).

Does it make sense to buy a car in Oregon presuming it will be without rust and will then last longer in Vermont? Or rust itself doesn’t really determine much? I have a 18yr old car out here, from New England originally, with I’m told lots of rust underneath, but 165k and running fine, no problems. So maybe I should just wait for Vermont and not worry about rust? Will likely get a Subaru…

If you buy a used car, it frequently comes with a limited warranty–perhaps 30 days or 60 days, or…
If you move 3,000 miles during that warranty period, you will be the one holding the bag for warranty-related repairs, rather than the dealer who sold the car to you.

fI I were you, I would wait until I arrived in Vermont to buy a car. This is something that you might want to consider.

good point. but since I know I’m moving in 6-8 months, I could buy it soon, and drive it through a 90 day warranty. I’m not sure if I’d go with a dealer though, just get my mechanic to do a pre-buy, in which case there would be no warranty…

anyone have any opinions on the rust issue?

In my opinion it makes no sense to buy a car if you know you’ll be moving in six months. It seems like it would just complicate the move.

There are Subarus for sale on every corner in Vermont.

It won’t matter where you buy the car. As soon as the first winter arrives in Vermont it will start to rust.

Don’t waste your money on aftermarket “rust-proofing.” The factory already uses the best their is. Nothing stands up to salt, however, and the vehicle will rust no matter what you do.

Cars are built today to handle rust issues much better than say 10 or 20 years ago. Still I’d rather buy a car with minimal road salt exposure if I have a chance. Since the shipping is paid for I’d look for a car in Oregon.

Personally I’m not a Subaru fan, and I’ve had very bad (expensive) repair experience with older AWD Volvo wagons. Good winter tires is what I’d suggest on your cars and don’t worry about AWD. If you need a good winter car there are lots of Ford Explorers that will do fine and cost less to own and maintain than a Subaru.

Subaru AWD is a very simple design and proven as long as owners keep matched tires. The AWD system dates back to 1986 and still remains a top forming AWD performing system.

I think your choosing of a Subaru is a good one, especially for the AWD feature. The cars really do work well in the snow and hold up very well for the most part. You didn’t state how old of car you are looking for. If you are thinking of getting around a 5 year old car or older it might be better to try and find a car around your area if you can find a good deal on one. Since you have time to shop around I think that may be a more important factor here. Having time to shop around usually will allow you to find a good deal from somewhere. You may find better (lower) prices for used Soobs in California than in Oregon. Use the search function of the Cars.com site and check things out.

If you buy a car in Oregon, you will have to pay taxes on the purchase. You will pay those taxes again when you move to VT. If you don’t mind paying taxes twice, you could get the car now. I would wait until I move. You might even take the old car with you and get rid of it in VT, since transport is paid for. That way you have time to find a good one at a reasonable price once you arrive.

hey thanks everyone. was thinking maybe Forester 2003-2004ish,or maybe a bit older. i’ve heard these models/yrs in particular are pretty reliable. i guess one issue is that we live in a fairly large city currently, and i could shop around, vs. moving to VT to a city one tenth the size, presumably less cars for sale…

hey this is not true as far as i can tell. there is no sales tax in oregon, or tax on vehicles. there is one in vermont, but if you bring proof that you paid it in another state when you get there, they credit you. if you dont have proof, its something like 6% of value of car… so, if i bought it in oregon, i would just pay tax in vermont etc.

Not knowing anything about State laws my first thought is to buy where you register. Now if the employer covers all expenses (even to the point of hiring a service to untangle things) we could start listing the merits of the car you have now versus a car from Vermont. It is a bit unclear if you are asking where to buy your new car or if you should bring your old car to Vermont.

hi, thanks for the input…we need a new(er) car (both of our cars are approaching 20yrs old and have problems). the cost of re-registering, I’m assuming wont be much. seemed like Forester or maybe an outback was a good choice for us.

I’m asking buying a car out here in Oregon first makes sense based on the theory that it will have less rust and may therefore last longer in Vermont. I mentioned my old/current car only it in that supposedly it had a lot of rust from starting off on the east coast, but as far as i can tell, in the last 10 yrs this has not caused any problems. Employer will pay to ship either car, we will likely donate old car to charity.

If you go a Forester I recommend you get an '03 or newer model since they made some good improvements to the model in '03. As I mentioned earlier I think having the extra time to shop around for a good deal before you move will allow you to find a good car at a good price rather than waiting until you get to the new home and have to get something fairly quickly.

Here is one example of what is out there.

The registration fee is $65. But will sock you with a tax of 6% on the current value of the car in addition to other fees. If you have to pay taxes on the purchase of your car in Oregon, that can add up fast. If you pay $30,000 for your new Subie, it will cost $1800 in taxes in VT; maybe that in OR, too. Read all about it here: 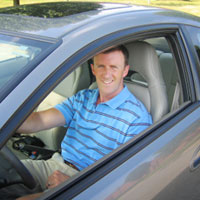 Learn about the Vermont DMV's car registration steps, forms, and fees. Apply for a new VT vehicle registration, renew your existing registration, or request a replacement.

Would your employer advance you the money to ship the car so that you could put the cash toward another car when you arrive in Vermont?

“There are Subarus for sale on every corner in Vermont.”

not likely. if buying in vermont, i would just ship old car, and then take a few months to buy a new one etc.

It seems rather wasteful to ship an old car cross country. If you will need the car immediately, I think I would start shopping now and buy the car in Oregon. You can work the bugs out of the car and it will be ready to go in Vermont.

Get it in Oregon, brake lines rust a lot in New England. Why give rust a head start?