I use a browser based off Chrome called Brave. It is like Chrome except that it doesn’t store cookies, etc. when you close it. Each time you open a tab is like opening a browser on a brand new computer. There is no digital fingerprinting and nothing is stored between sessions.

I got so sick of my browsing data being sold. I wasn’t as much upset about getting ads. It was that the ads I was getting were fraudulent and nothing is being done about that. I was researching a new GoPro camera a couple years ago and then my Facebook feed was filled with scam ads for $49 GoPros. It was complete nonsense. This had been going on a while but that was the final straw. I have been so much happier with Brave. I think I will be happier driving cars without this type of technology.

Someone brought up the fact that they use hand sanitizer. I am not a germaphobe, otherwise I wouldn’t work in some of the places I do but do find myself using hand sanitizer first thing when I get into my car a lot these days. Basically, I end up dealing with the general public and a lot of people are just plain nasty. I definitely work in some high risk environments for being exposed to germs. Sometimes I get into my car and the first thing I do is squirt out an ounce of hand sanitizer. This stuff is based off ethanol which is the same thing in drinking alcohol. Any sensor is likely not smart enough to tell the difference.

I cut myself while opening a kiosk housing not too long ago. This kiosk is touched by hundreds of people a day and these things are usually pretty nasty. I developed a small skin infection at that site so yes, I will use hand sanitizer after any of my jobs right when I get into my car.

I can only imagine the false positives and headaches these systems will make when they drift from calibration. Maybe they could be made so you have to be completely trashed before the kick in. Also, there might be a way to jumper or bypass such systems but that might also disable the car from running altogether.

Here is another example of why I think spying tech in cars isn’t good. YOU PAY for the car but if you don’t do a service that they want you to do, the car becomes a pile of metal that won’t move.
Maybe there is more to this story. Maybe Tesla was worried the battery was on the very of catching fire. I don’t know but I don’t like this type of thing. Man Says Tesla 'Locked Him Out' of Car Until He Pays for $26K Battery

But what type of “more information”

I think that’s @cwatkin 's point. i.e. folks want to know what type of information is being collected by these systems, and for what purpose? Any information collected can potentially be required to be provided for scrutiny by any court in the USA, for any and all reasons, so it’s important imho that each info tidbit that is collected, or could be collected, is identified. If no data is collected or could be collected at all, and the only function that gadget is capable of is to prevent starting engine if sensor indicates intoxicated driver, then it isn’t a privacy issue. It could be a safety issue though, if starting the engine quickly is necessary to move a person out of imminent danger. Drivers want to know who’s responsible for damages to person and/or property if the gadget causes harm.

what type of information is being collected by these systems,

If you don’t imagine every credit card purchase or rewards club purchase, cell phone location and call,s web sites visited are not being tracked you are less paranoid than I, but I figure at this point there is too much data to worry. Even got a compliment from this website for how many days in a row I have visited.

Yeah, good point, a lot of info available. Even just from credit card purchase the info tells where you go, when you go there, and what you are doing. Of course no one says you have to pay w/credit card, could use cash instead. Cell phone info, even worse, particularly b/c much of that info is contained or accessible by the very cell phone. Most credit card info is only available from the credit card company. A person could easily be required to provide their physical cell phone & password to someone with that authority. Carrying a cell phone probably isn’t such a good idea for those concerned about their privacy, other than a conversation-only phone used occasionally to make phone calls in emergency situations, like when you get a flat tire and call AAA.

A person could easily be required to provide their physical cell phone & password to someone with that authority.

No. Not true at all. Don’t you recall when cell phone owners refused to provide their passwords and preventing access? Apple famously said they wouldn’t hack the phone for the government in at least one case. I think the govies (FBI I think) finally got in, but it took a long, long time.

So are you ok with that? Personally I think it is time to cut back on it. I know there is lots of money selling this information but there are other ways to make money.

I read a redacted Sophena from the doj to certain people in the news. They were required to bring with them every record of communication since 2020 for their grand jury grilling. The list was off the charts which are all constitutionally protected speech. Not to mention the nsa has most of this anyway in their Utah computers.

Of course you need a lawyer so hello bankruptcy unless you have a lot of spare cash. So just saying let’s not be so sheep like. You know, I’ve got nothing to hide attitude. You don’t have to have anything to hide to have your life ruined.

No. Not true at all. Don’t you recall when cell phone owners refused to provide their passwords and preventing access?

No experience w/this myself, but my understanding, if police – during a valid stop w/probable cause – ask your for your cell phone and password, you are required to provide both. Or am I mistaken? Hopefully I’m wrong.

We are probably going to have to take this outside, but you are mistaken according to professor dershowich. I can’t spell his name. They have to have a warrant to take your phone or to track you. That is part of the complaint filed against the doj that he has taken on for Lindell.

We are probably going to have to take this outside

There’s been some prior-reports of cell-phone issues in the news in this area where police (allegedly) ask young female driver for their cell phone, driver hands it over, revealing photos found, copies forwarded to other officers.

This stuff is based off ethanol which is the same thing in drinking alcohol. Any sensor is likely not smart enough to tell the difference.

I wondered about that; also, what if you’re a designated driver and the car reeks.

That is another possibility for sure. I didn’t think of that but it makes perfect sense.

One of my buddies had to hit the brakes super hard to avoid an accident. He had a case of glass beer bottles in the back of his car and several got broken when they slammed into something. His car reeked like a brewery for quite a while after that. I bet this system wouldn’t have reacted well to that incident.

Did youever look at google maps for traffic flow?
" historical data about the average time it takes to travel a particular section of road at specific times on specific days and real-time data sent by sensors and smartphones that report how fast cars are moving right then" 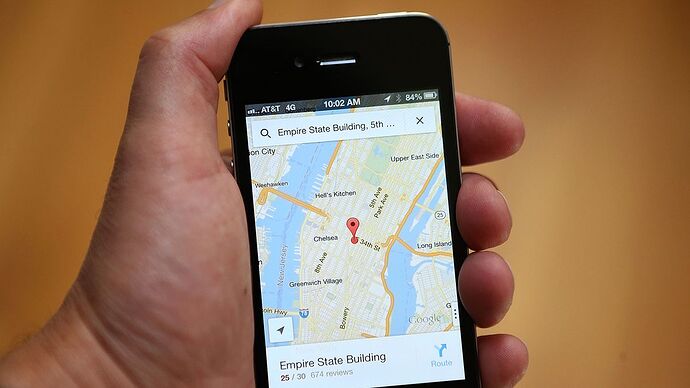 How Does Google Maps Predict Traffic?

It's drive time. You open up your Google Maps app to see where the traffic bottlenecks are. But where does the app get its information? Here's a hint: It might come from you.

They have to have a warrant to take your phone or to track you.

The FBI had a subpoena, served at the Hardee’s window when his cell phone was confiscated. 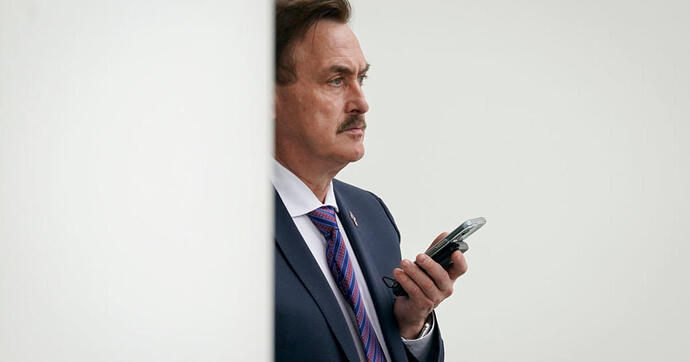 Lindell said during a phone call with CBS News Friday that the subpoena specifically sought his phone.

The FBI had a subpoena, served at the Hardee’s window when his cell phone was confiscated.

+1
This was widely reported in the media, so I really have to wonder about the folks who believe that no warrant was proffered to Mr Pillow.

I think the govies (FBI I think) finally got in, but it took a long, long time.

My recollection on this point could be wrong, but I believe that the FBI hired a firm in Israel that has the ability to get past the password problem with Apple phones.

It remains to be seen what piece of paper the had to confiscate lindels phone but Dershowitz wouldn’t take the case without some issues.

Dershowitz wouldn’t take the case without some issues.

Like when he unsuccessfully defended Jeffrey Epstein and Mike Tyson?

Discussion interesting but a little confusing. Is it agreed by all here that police are not allowed to require a driver to hand over their cell phone during a traffic stop? Unless the police officer has a court order for that specific person and phone? If that’s the case, is a police officer still allowed to ask for the phone, and the driver can decide if they want to comply or not?

Is it agreed by all here that police are not allowed to require a driver to hand over their cell phone during a traffic stop?