…with their new Mercedes-Maybach S600: 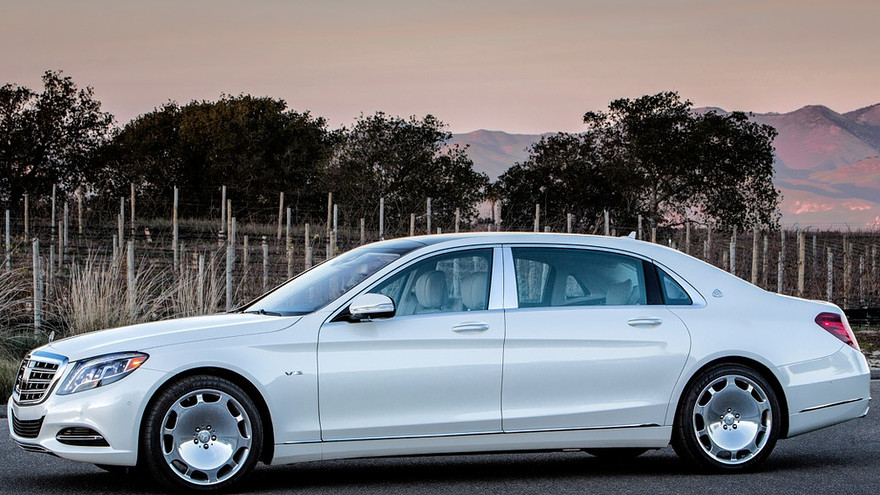 Mercedes-Maybach S600: The silence is deafening

What you’re looking at in the Mercedes-Maybach S600 is Daimler’s best guess at notions such as luxury, prestige, exclusivity, status, in an attempt to lure a...

Agree; but it would sell well in Saudi Arabia.

The target audience is the newly super-affluent in China, where they expect to send 50% of their production, but I’m sure that places like Saudi Arabia and Dubai will also see some sales of this over-the-top vehicle.

I find it amusing that the author seems so flabbergasted that anyone would pay that much for a car. That’s downright cheap compared to some of the billionaire toys out there. Hell, it’s within $40,000 of a Tesla, which is a wonderful car but hardly something you’d imagine Rockefeller driving around in. You can easily spend 2 million on a car - you could buy 14 of these cars for the price of one Veyron Grand Sport Vitesse.

Another in the many benefits of fuel injection. No more problems with bad mixtures at altitude.

This car and its predecessor are the ultimate hidden luxury car, Most people wouldn’t even give a second look to this car because it looks like an S-class Mercedes. A rolls Royce or Bently will get attention in most places in the US (Malibu or Miami Beach excepted) while this car would not. It is much cheaper than the last stand-alone model but more pricey than the top S-class. So what?

The author’s characterization of Maybach owners as mostly “pompous windbags” negates anything he write about this car from that point forward in my opinion.

A Ferrari, Bugatti or a Lambo cost more and stand out like they have a naked Hannah Davis (SI swimsuit cover girl) on the hood. If you want to be “seen” those cars will get it done!

A few years ago, while driving around the town of Peapack-Gladstone, NJ, amongst the Rolls Royces, Maserati Quattroportes, Porsche Panameras, various Mercedes 500 series, various BMW 7-series, and one Maybach, I spied a '90s era Bentley (either a Mulsanne or a Brooklands, I can’t recall exactly) sedan that was painted in the most atrocious shade of fire engine red.

It was so inappropriate a color for that huge 4 door sedan that I have to assume the owner chose that color only so that his car could really stand out in a crowd.

A “faux” status symbol in England is the Chrysler 300. It has the same emblem as a Bentley from a distance, looks a lot like it and in black could pass for one. You don’t see many of these in the UK, mostly because of the gas prices and license fees.

But with a sticker price of about 1/5 and more reliability, I give the owners there credit for faking it.

Donald Trump had Maybachs in his fleet of limos.
Did you see the photos of the back seats in my link? And their version of a convertible?
Yeah, if I were a billionaire… why not!

I’d be a great rich person. I’d spend all day sitting around thinking up more ways to take more money from the working people. {

Don’t get side tracked, Mountainbike. It’s a Bentley Continental GT for you. And I’ll stick with my Mulsanne.

I wonder what the monthly payments are?

Can’t blame you for sticking with the Mulsanne; it’s a very, very nice automobile.

Hey, a man can’t have more than one love?

Ridiculous. I mean the article. Maybach has been a major failure for Mercedes since they were introduced. They were originally supposed to compete with Rolls Royce and Bentley in the ultra high end. This generation is nothing of the sort, just a stretched S-Class for a few bucks more, not anything close to what the revived Maybach was supposed to be. The only reason anyone will notice this is the length. Otherwise, it’s not very interesting and won’t impress anyone who can afford one.

MB hasn’t figured out how to compete with VW (Bentley) and BMW (Rolls) in the ultra-luxury segment. It must bug the HECK out them!

It’s OK to read the menu, Mountainbike, even if we are on a diet. And since we are just dreaming, get both!

In my dreams they’re both in my stable…

Mark, I’ll post and let you know how they compare after I get them all in my stable.

People who buy these vehicles don’t have just the one car. They have numerous cars. They have their hired people buy these vehicles sight unseen, and many of them never leave the back seats. The overwhelming majority of the buyers are sheiks, who buy them by the dozen for all their palaces, and billionaires like “The Donald” who buy one for each estate, to add to the other super luxury cars at each estate. When they want to zip out to the country club and drive themselves, they take the fully-loaded stretched S-Class Mercedes.

I recall in the '70s when the economy was tight reading an article about how the Kennedys were showing their empathy for the working class. Ted and his wife (I believe it was Joan at the time) decided to buy a new S-class every other year rather than every year. She’d get her new one this year, he’d get his new one next year, and so on. Boo hoo. Broke my heart.

I’d be fine with a Rolls Royce Ghost (the less humongous, less hideously expensive model). I know it’s a traditional RR name, but isn’t driving a ghost kind of weird sounding? I like the classier sounding names, Spectre, Spirit, or Wraith. Same idea, but classier. Or I can save money and buy a Kia Soul. Same thing.