Hi everyone,
This is my first time here and I hope you don’t mind asking your help for a script I am writing. I have very little knowledge of cars and mechanics and I would hope to find someone passionate for cars within the following context: France late 30’s. Your help in choosing a cool model for my character would be greatly appreciated. He is a student but his father (owner of the car) is a respected and successful business man. I would say they are upper middle class of the time. The car is to be “used” for travelling along the country, and not just for the city. Ideally not very hard to find today so it can be used for shooting the film (if I can make it happen); and also very cool. There is a scene in which the car is travelling up a valley and after a brief stop, it doesn’t start again. Either I just go with an “easy” no more fuel, or you could help me to describe a possible failure, that would make it more interesting.

Thank you in advance.

Vapor lock." Vapor lock happens when your fuel boils in your carburetor or your fuel line . Vaporized fuel creates back pressure in your fuel system and prevents gas from getting to your engine. It commonly occurs when a car has been idling or has been turned off and then back on." 1930 pugeot File:Peugeot 201 1930 03.JPG - Wikimedia Commons

The car is to be “used” for travelling along the country, and not just for the city. Ideally not very hard to find today so it can be used for shooting the film (if I can make it happen); and also very cool.

. If you think making a movie is hard. Finding a late 30’s French car that even runs and is for sale or rent will be pretty near impossible. And finding. “cool” one, you’re really going out on a limb.

Hmm, for me, though not terrible cool, a Citroen. 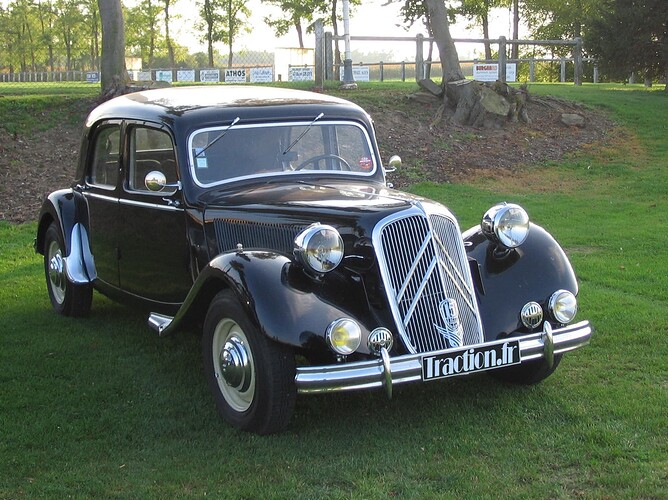 Finding a late 30’s French car that even runs and is for sale or rent will be pretty near impossible.

I disagree. France has classic car enthusiasts just as The US does, and those folks have preserved a decent number of that country’s distinctive cars.

One of the most distinctive–and from one of the oldest vehicle manufacturers in the world–models was the Panhard et Levassor Dynamic sedan. This is the type of car that a successful French businessman might have driven during that era: 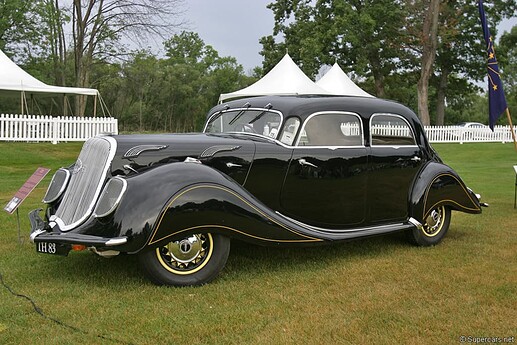 IMHO, that early attempt at aerodynamics was pretty cool, but perhaps the coolest thing of all about these Panhards was the placement of the steering wheel in the center of the dashboard! 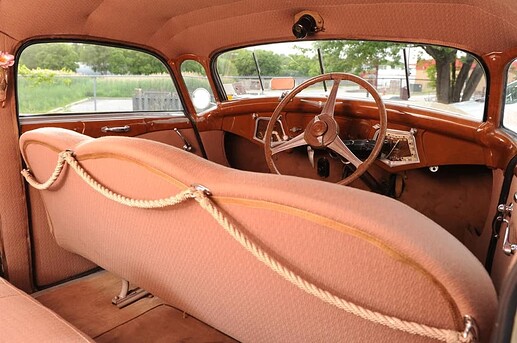 And, I think that Barkydog’s suggestion of using vapor lock for the no-start condition is a good one.

For a list of all cars manufactured during the 1930’s (with pictures).

This category has the following 10 subcategories, out of 10 total. The following 200 pages are in this category, out of approximately 252 total. This list may not reflect recent changes (learn more).

Bare in mind that during the early '30s France and the rest of the world were going through the Great Depression and by 1938 French auto manufacturers were converting to war production so basic supply wasn’t great to begin with. Further, during the 1940’s France was an Occupied Country which took a toll on the existing stock.

If you’re looking specifically for a French, Upper Class car the Citroen Traction Avant is a good choice and because of it’s innovative front wheel drive you may actually be able to find one.
But more broadly, remember that France is a part of Europe so German, Italian, British, etc. cars wouldn’t be unknown in France.

If it wouldn’t harm your script, since Britain was the only European country that wasn’t occupied, you’ll probably find your best supply of 1930’s cars there.

remember that France is a part of Europe so German, Italian, British, etc. cars wouldn’t be unknown in France.

+1
Although a bit obscure today, back in the '30s, Belgium’s Minerva automobiles were sought-after by affluent Europeans. 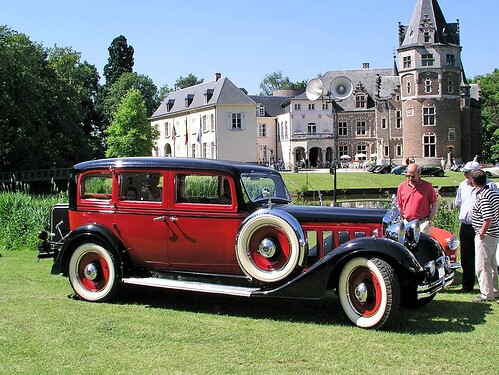 Although they were unconventional in many other respects, these Panhards were RWD cars. How people managed to drive from the middle–with a trans hump–is an excellent question, but the fact that Panhard moved the steering wheel to the left w/in a couple of years suggests to me that this feature was not popular with potential buyers.

Anyway… here is a discussion of that model and its many advanced features:

Thank you. That might do the trick more than you imagine. It’s handy because 2 characters will leave the car overnight. The next morning the car will be working just fine(like magic). And it makes sense because it would cool down. The vapor lock issue might be mentioned by a third character.
Thank you again.

How about a 1937 Delage DI 12? Middle class did not mean the family was particularly affluent so a 2 year old sedan would be appropriate. Might be tough to find.

As for the reason the car stops, vapor lock is a good and if allowed to sit a while, the car will restart with no service. Another one is ignition failure - burned ignition points - that would require service to proceed. Depends on your story which you need. 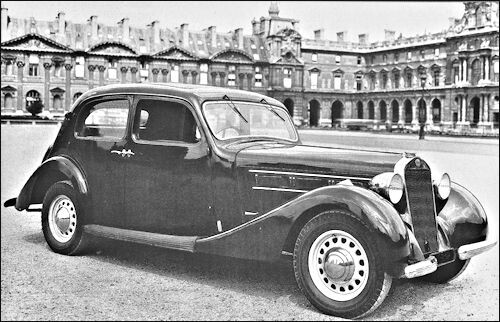 Wow. Thank you very much. And also for reiterating the Vapor Lock option!

That was my first idea but we need something cooler.

The young guy driving it deserves it.

Thank you. Yes, this part of the story is set in around 1939 and yes, it continues into the occupation of France.

Thank you. Quite elegant proportions!

The fact it doesn’t need service is in line with the story. So vapor lock is perfect!

Thank you to all of you. Vapor Lock issue is perfect. For the car itself I can see there are many options, which is also great. I will try to pick one from the ones mentioned just for the writing and if this ever gets into production it will be reviewed according to prices and availability.

I appreciated your help.

Is this for real? Many movies don’t use real/authentic cars from the era they are filming for. Many times it’s cheaper and easier to build something that LOOKS like that vehicle. Or with todays CGI they can do pretty much anything. 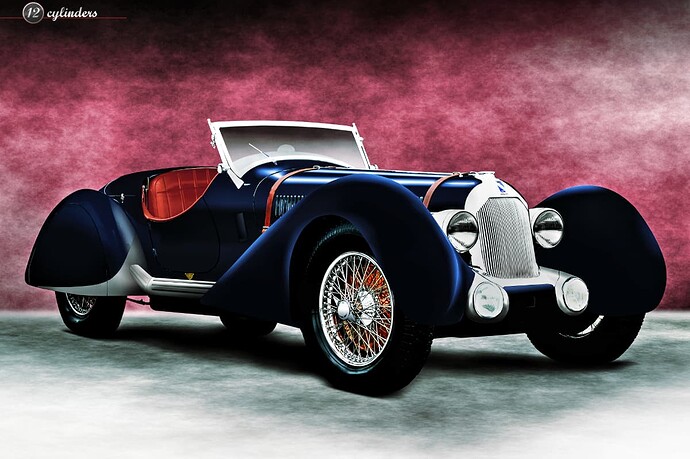 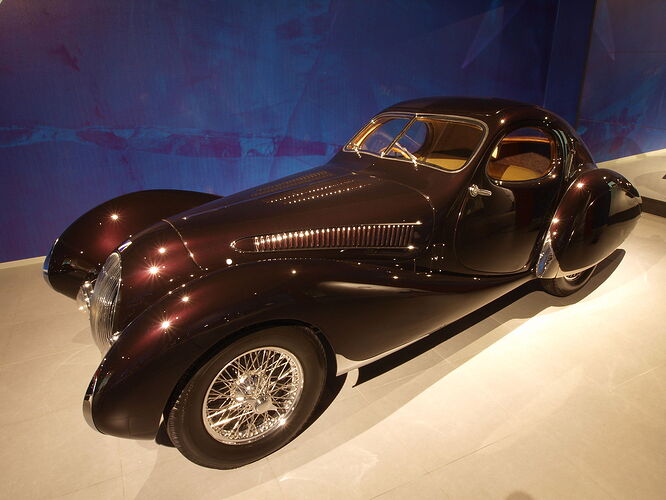