It was three weeks before he was found. The caddy was bought by a Cadillac dealership in Ventura Ca, a friend of the family worked in the body shop. They removed all the body panels and drive train to repair other vehicles and the remaining shell and interior were sent off to a junkyard. They actually made a little money in the end.

BTW, IIRC our friend, well my parents friend, said that a previous company tried to get the smell out, and did get most of it out. But on a hot day, the smell would come back faintly.

One more story told by alcoholics was that if you were drunk and got in an accident, you had a better chance of survival because you would still be relaxed and not stiffen up.

Whether true or not nobody wants a car or even house the someone died in, depending on the circumstances. Many years ago the son of a family friend had a gun accident and blew body parts all over the pick up cab. The truck was crushed and never sold.

my brother in the Navy and a few friends would pitch in and buy a $50 car for a weekend trip from Norfolk VA to Wash DC.
Was cheaper than bus tickets

Technique still in use, not so much in the USA maybe, but in UK not unusual to see classic car magazines run such articles . Recent example, two writers purchase an Alpha Romeo in London for 250 pounds ($300), intending to use it for a 'round Europe tour. After some basic fix-up, starting from London , ferry to France, through Alps to Switzerland, then descending to the Como region of Italy, AR’s birthplace. No car trouble at all to that point. They were intending to drive it back to London. Unfortunately a pesky electrical problem threatening to set the car afire couldn’t be solved b/c of language incompatibility between the English speaking writers and the Italian speaking mechanics, so they admitted defeat, gave the car to the mechanics, and flew back to London. Imagine ! An Italian car having electrical problems! … lol …

Maybe this idea isn’t used so much in the USA b/c not so easy to dispose of an unwanted car when it stops working mid-trip. If you leave it on the side of the road, you may get a big fine in the mail, or give it to somebody who fixes it up but doesn’t change registration and you end up with $5000 in parking tickets.

I think it would be wise to not bring up more issues that some may not agree with.

Agree for partisan politically divisive topics which aren’t car related or barely car related. But car-related controversies seems within bounds here. If a car manufacturer introduced a car with a 500 HP engine Tom (of Tom and Ray) had no problem issuing complaints. Same with over-the-top safety gadgets and electronics gizmos. On the other hand, both Tom and Ray eschewed controversial political topics. One reason, why make half the NPR audience turn the dial? Maybe we folks, before posting something which might be controversial, should consider if it is something similar to what we have heard on the Car Talk podcasts, implied or direct.

If a car manufacturer introduced a car with a 500 HP engine Tom (of Tom and Ray) had no problem issuing complaints.

… or even if it had less than 500 HP.
I recall one of the brothers trashing the BMW Z3 or Z4 as an unsafe vehicle because of its engine output far exceeding the capabilities of the chassis.

Not a problem in semi trucks as they are operated by professional trained drivers and also have engine braking via “jake brake” that a car can only dream about.

Not so fast Rick… Seems semi trucks have identified the superior performance of disk brakes, too. Standard equipment on International, Kenworth and Peterbilt per this 4 year old article. 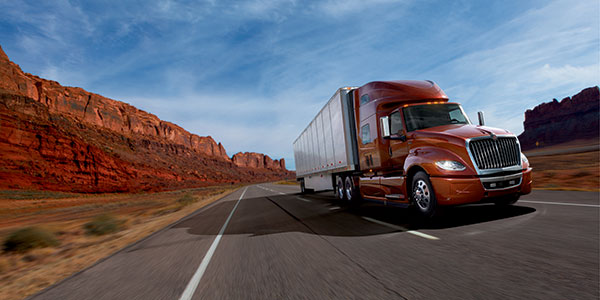 Over the past few years, the take rate of air disc brakes (ADBs) has been steadily growing. This growth has only accelerated recently, thanks in part to the fact that many truck OEMs have made air disc brakes standard equipment. International,...

What causes that loud popping noise, like burst or pressurized air, you hear from recently parked big trucks and busses? It’s quite annoying imo.

What causes that loud popping noise,

You don’t know what Jake Brakes are ? Google time . Also many towns have an ordinance against them .

Pressure relief valve like the one on your home air compressor.

like burst or pressurized air, you hear from recently parked big trucks and busses?

Releasing the air pressure from the brake system engages the parking brake. Exhaust brakes are only used while moving.

The only time that valve released on my garage compressor was when the gasket failed. Whoosh! then the compressor wouldn’t work until I replaced the gasket. So what’s causing the pressure to build up in the buss’s brakes?

So what’s causing the pressure to build up in the buss’s brakes?

The compressor on the engine makes the pressure. The brakes won’t release unless they are pressurized. The brakes apply when the pressure is released by the brake pedal or parking brake switch. If a brake air hose fails on the tractor or trailer the brake locks on. Safer that way.

Trucks stops, brakes are set, engine and compressor off, pressure is released…whoosh.

Yes look up air brakes. Air pressure holds them off but if pressure is bled off, they apply. That’s why you hear the air release, and why you see those long black tire marks on the highway when pressure was lost. Same with buses. That’s why you keep your following distance. There is nothing they can do if air is lost.

Air pressure holds them off but if pressure is bled off, they apply.

I thought that they use air pressure to both apply and release the brakes. If pressure is lost, then the brakes are stuck half way on. The system has been around for about 80 years if I remember correctly. The previous system had not fail safe.

I once thought that train brakes were fail safe in the same way, but they are not! Lack of pressure in the train’s brake pipe applies the brakes, by controlling a valve in each train car that uses air pressure stored in a tank to activate an air piston! No air in the train cars means no brakes!!!

Maybe this idea isn’t used so much in the USA b/c not so easy to dispose of an unwanted car when it stops working mid-trip. If you leave it on the side of the road, you may get a big fine in the mail,

You just have to figure out how to get the vehicle impounded, and say how sorry you are that your car was basically stolen because you can’t pay the $100 per day storage fee.

If you can figure out how to make it so you’re in a single vehicle accident, a tow company will do non consensual towing and give you a bill that you never agreed to, and make you pay outrageous storage. Just don’t pay any of it.

Drum brakes typically do a better job functioning as a parking brake which is why some cars still use rear drum brakes, as well as economics as drum brakes are cheaper

Or rear disc brakes where the rotor is also a drum the houses drum parking brakes. Toyota has been using that system for decades.

Again… drum brakes are only cheaper than disks IF there is no parking brake… i.e. fronts.

They are a bit cheaper than disks with integral parking brakes or drum in hat.

Based on the physics of the situation, it seems like the main advantage of drum brakes (compared to disc) is the larger amount of surface area on brake shoes, compared to disc pads; the friction material heat on drum brakes maybe is spread out over a bigger surface. I don’t know if that’s actually true or not on my Corolla, pads are on both sides of the disk, shoes only on one side of the drum. hmmm … well, that’s a puzzle.

Mr Rick. Have you heard any comments like those two above on the Car Talk radio program? Not saying you don’t have a right to speak your mind, or that I do or don’t agree w/you, but suggest to try your best to avoid partisan political comments here. Plenty of other internet hot spots to discuss politics.

Mr Rick. Have you heard any comments like those two above on the Car Talk radio program? Not saying you don’t have a right to speak your mind, or that I do or don’t agree w/you, but suggest to try your best to avoid partisan political comments here. Plenty of other internet hot spots to discuss politics.

You are Absolutely right. I will try to delete them. I just got all fired up is all.

Oh my gosh is this the same Rick from years ago talking drum brake? The lineman?