Whatever You Do, Don’t Lease a Car Right Now (lifehacker.com)

Leasing a vehicle only makes sense for a business tax write off . For individuals - only for the chance to have something expensive or the cheapest way to commute to work until finances are better.

An important attribute is the ability to agree with two competing statements, each of which can be true depending on circumstances or outlook.

Under normal times you could predict what life would be like in four or five years. That might mean betting on being able to buy or lease another car when the lease runs out.

In these times, it depends on whether or not you think buying or re-leasing a car will be an OK thing to do. What about those folks now that the lease is up and they can’t even find a car to buy? These are not stable times so I’m more inclined to protect myself against unknowns in five years down the pike.

Just depends on how much of a risk taker and betting person you are but both can be correct at the same time.

Even leasing for a business tax write off is not always the best idea either. Unless the vehicle is being used 100% for business that is. Other than that talk to an accountant, it may actually be better to purchase and claim depreciation. A good accountant is worth their hourly rate in this situation.

So glad we are set, things are so crazy everywhere. Priority mail for a medium box went from $8.30 to over $16. Glad the guy wanted items with no frames so $4.33 certified mail, I had not even heard prices were doubling.

So glad we are set, things are so crazy everywhere.

OT. Hey Barky, you mentioned a while back that you were advised to keep your old snow blower because the new ones were junk. I just discovered that a bunch of the lower grade new ones have plastic, unrepairable transmissions in them. I don’t know how they could have improved on the standard disc design but they evidently found a way to make it cheaper. So ya gotta tip the dang thing up and check what kind of drive the thing has.

Got an Ariens single stage, hope it is good, Still got the 2 stage, that was actually a friend that uses the neighbors and does her walk and drive as cost of use. Keeping and fixing her old one ($500) was the mechanic recommendation. I do not know how you can see the drive by tipping it up, not doubting you, not sure what to look for. Guy at work bought a 2 stage electric, $1200 then another $400 for a battery. What we won’t do to keep the drive passable for cars!

crazier than a Labrador in a tennis ball factory

Yes that was a good one.

I do not know how you can see the drive by tipping it up, not doubting you, not sure what to look for.

Flip it up on the auger. Remove pan under the wheels and look up. Is there a disc driving the wheels or a transmission.

Well my old 2 stage has a wheel that slides along a rail, except when it gets cold, then it is stuck, tried every lubricant ans cleaning I can think of, anyway the disc rolls on a platter moving in or to the other side for reverse, to adjust speed. Leave it in 2, works fine when warm, but never warm when it snows. Could remove and clean if not for the bung wheel stud.Speed 2 works fine where I leave it and can use throttle control for speed. Too much info I am sure!

Too much info I am sure!

Yep that’s the wheel and disc, been used for years on many brands. Some of the new ones use a plastic transmission instead. You can see Donyboy73 on youtube to take a look. My old maybe 40 year plus Penney’s model had a metal transmission. Just forward and reverse if I remember.

Guess I forgot you bought a new one. 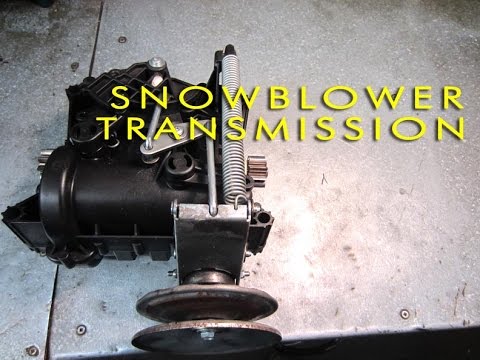 I think the main thing is to estimate costs of both and see which makes better sense. Leasing an EV might be a better idea if you insist on having one. If it turns out to have significant flaws like batteries that cause fires, it’s easier to get out of it even if you have to wait three years to return it. Odds are these problems won’t be immediately obvious and it will be a lot shorter period than three years.

The local EV evangelist leases a new EV every couple years, currently in the Niro EV but has his eye on the EV6 when the current lease is up. Prefers to keep his options open for a different vehicle every couple years. But then my family pays cash when possible and keeps long term.

What about those folks now that the lease is up and they can’t even find a car to buy?

People in Minnesota can’t find cars for sale?
The first Toyota dealer I looked at in Minneapolis shows 207 new vehicles and 160 used.

In January the dealer I work for filled the used car lot, more than 100 vehicles, the Carmax lot is also full. They must have thought the market would return to normal by now, not so, our used car technicians are still working part time.

The Nissan, Ford, and Chrysler dealers here have somewhat of a car inventory. Everyone else is on the dregs.

Went by the Honda dealer last week and they had 5 cars on the lot. Toyota had about a dozen. I don’t know how they are keeping the lights on.

The Chrysler dealer has a very tall storefront; as in 70 or 80 feet high. They were in the habit of keeping a couple of cars/trucks parked on top but apparently gave that up due to the per hour cost of the huge crane used to swap them out.

The first Toyota dealer I looked at in Minneapolis shows 207 new vehicles and 160 used.

When I was at the Acura dealer in Brooklyn Park for trans service in maybe January, the sales person I talked to said they were having a hard time maintaining any decent inventory. They had a few cars in the showroom but the sticker price had increased substantially. Just locally, the lots have cars pretty spread out to take up space and the dealers report anywhere from just a few new cars to able to maintain inventory. So your results with vary as they say. I’ve never shopped for or owned a Toyota though.

The Nissan, Ford, and Chrysler dealers here have somewhat of a car inventory. Everyone else is on the dregs.

Yup!
I stopped at the nearest Lexus dealership today, and they had no NX models at all. I was told (very possibly BS) that 9 are on the way, and 8 of them are already sold. Additionally, I was informed that they are charging $5k over list price for all new vehicles–except for the NX plug-in hybrid that I am interested in–and for that model, they want $15k over list price.

I restrained myself from telling the arrogant salesman to pound salt, and when I got back home, I went online and found a Lexus dealership in PA that claims to not charge over the MSRP.
Truth?
Lie?
I am going to take a drive there on Saturday, to find out.
It’s well worth a 70 minute drive to save many thousands of dollars.

a lot of dealers are playing that game of charging over MSRP, but there are also a lot that are not. you just have to do some research. I know chevy and ford have sent letters to their dealerships that if they do not stop, they will cut their vehicle allocations. check the Lexus forums. there might be a list that someone made of dealers selling at MSRP. I know there is one for all the dealers in the US selling the new corvettes at MSRP and the ones who are not. you may get lucky and find a list on a Lexus forum. it’s worth a look before driving all around.

You can also order your NX and get exactly what you want. Maybe that’s what you had in mind. Yours might be assembled in Cambridge, Ontario and would only need ground shipment to reach your dealership. IMO, hybrids are still the best bet for an EV unless you are an early adopter.