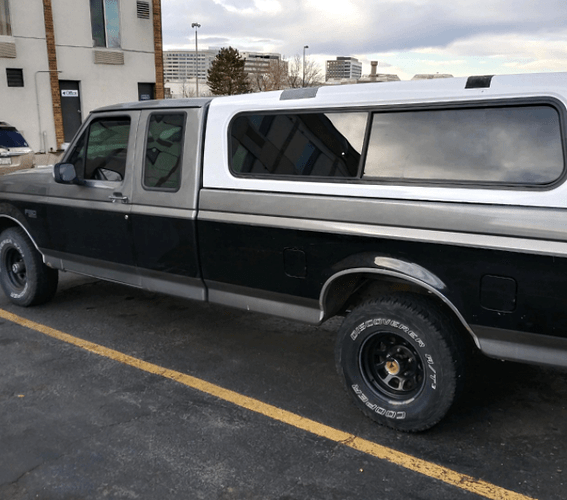 Family's Truck Stolen In Centennial While Packed With All Their Belongings,...

Along with the truck, the thief took nearly all the possessions of a family of four, including the wheelchair of a 13-year-old daughter with epilepsy and the books of a mother putting herself through college.

I think it was a 92 f250 as a work truck, the ignition lock did not need a key to start the truck. Sorry for the family.

Lots have been done in 28 years to make car theft harder. Google them. Those solutions tend to cause problems as the cars age.

A kill switch is about $5 and very effective, unless you’ve got a mechanical fuel pump. Maybe someone just needed a ride.

This particular truck would be easy to wire a switch in to disable the fuel pump relay. Kind of after the fact now.

Hopefully the police catch the scumbags who stole it and odds are this is not the first,second, or even third rodeo for them.

In OK about 10 years ago some guy tried to steal a pickup in broad daylight. The homeowner grabbed a firearm and went outside where the thief tried to run him down. The homeowner shot and killed the thief. There was some whining and hand wringing over the death of that bum.
Court records showed that guy had 53 felony convictions in the past 15 years which to me means why in the hxxx was he even out anyway? 53 convictions makes me wonder how many he got away with.

Drug dealing, burglary, armed robbery, 3 POs by 3 different women with 3 ensuing assaults on all of them, 3 assault and batteries on police offers with 2 of them involving deadly weapons, and pretty much everything else that constitutes a crime. The homeowner should have been given the key to the city.

Couldn’t figure out what a PO was then I got it, protection order.

Some people think that buildings and possessions are not important but they don’t realize you need to effectively deal with this right away or it breeds more of it. When I was a kid, steal a car and you’d get sent to the reformatory, 16 years old or not.

For many years the 1990’s vehicles have been a target for petty thieves and joy riders because they lack an immobilizer system.

The homeowner shot and killed the thief. There was some whining

Clearly the thief valued this man’s truck more than his own life. No need for whining!

As others have noted, a hidden ignition kill switch would have helped.

That vintage vehicle had an ignition switch that was pretty easy to pop out with a dent puller, which then made it easy to stick a screwdriver in and turn it like a key.