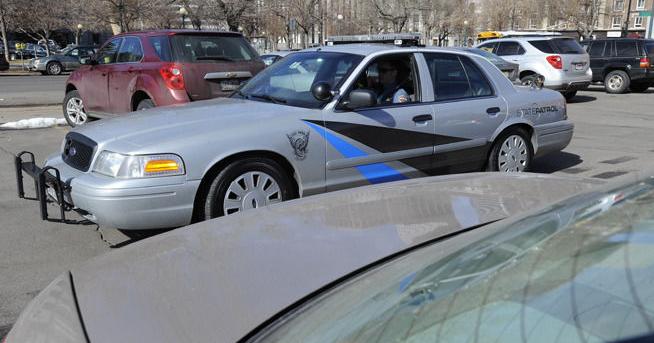 Auto thefts in Colorado have increased 88% since 2017, according to a new report released by the Colorado Auto Theft Prevention Authority.

(Manyears ago I connected a friend’s wire to her headlights. The starter would not start unless the parking lights were ON.)

Is your car one of the most stolen models in America?

These 10 cars are the most stolen vehicles in America according to a new report from Insurify.

Wyoming, I think, has more pickups than sedans.
Am told more cattle than people. They done got a lotta horses, too.

The only car of ours that was ever stolen was in Minneapolis. Problem solved. Stay out of war zones.

The only car of ours that was ever stolen was in Minneapolis. Problem solved. Stay out of war zones.

On that semi-useless NextDoor site, people periodically post notices that their vehicle was stolen, and they go on to admit that it wasn’t locked. No matter where somebody lives, leaving a vehicle unlocked is just an invitation for problems. Even if it just results in theft of some items from the interior, this is–mostly–avoidable.

Obviously, locking your vehicle doesn’t eliminate theft, but it definitely reduces the chance. The only time that I ever had something stolen from my car was way back in the late '70s. I had parked my Volvo in a dark, mostly-deserted, semi-industrial neighborhood, and came back to find that someone had knocked-out my trunk lock, and they had stolen some fairly expensive tools.

Lesson learned… Even though my car was locked, the area where I parked left a lot to be desired, and I have avoided locations like that ever since. Nowadays, I don’t even drive into urban areas.

Had a bud wanted to get rid if his car so bad left a signed title on the seat. No takers.

Had a bud wanted to get rid if his car so bad left a signed title on the seat. No takers.

One of my co-workers despised her husband’s Plymouth Cricket so much that she repeatedly left it unlocked in Manhattan. To her dismay, nobody ever stole it.

Whoops!
I just remembered that it was their Simca that she repeatedly left–unlocked–in Manhattan. They traded that bomb in at the Plymouth dealership, and bought the Cricket, which was essentially just as bad as the Simca. Until Chrysler began to import rebadged Mitsubishis, they seemed to specialize in importing the worst foreign cars.

I leave mine unlocked. My wife left an empty purse (yes, that was a bad idea) on the back seat of her 99 Camry at work. She used to swap out purses, depending on the outfit she was wearing. Someone broke out the side window to get the purse. I’d rather they just open the door and get it and leave the window intact. Side note, her doors were actually unlocked and they didn’t bother to check. So I guess it doesn’t matter! Best policy is to put anything that looks valuable in the trunk, I guess. My 2005 models, I don’t lock them. There’s nothing in there and no one in their right mind wants a 2005 model GM factory radio!

We have a bad habit of not locking our cars, one night all the pocket change and any loose dollar bills and glove box raided. The next week there was a home security system salesman canvassing the neighborhood, coincidence?

Or is there a better method

Yes, there is. If the starter doesn’t spin, the thief knows to look for an anti theft switch. Interrupt the fuse to the fuel pump or ignition system so it cranks but won’t start. Hide the toggle switch under the dash in a place you can feel but not see.

Another area where economy cars excel! As long as you lock the doors, few potential car thieves are going to mess with your 20 year old Corolla/Escort/Cavalier/Neon/Accent when other more valuable targets are readily available. Driving an old economy car also helps deter aggressive panhandlers, etc, since they assume someone driving such a car won’t have extra money to give away.

Driving an old economy car also helps deter aggressive panhandlers, etc, since they assume someone driving such a car won’t have extra money to give away.

Back in the days when I still drove into Manhattan, I learned to turn my wipers on when I approached an intersection in the West 30s and 40s. The “squeegee men” tended to descend on cars in order to “clean” the windshields (actually they just smeared the windshield), and then aggressively ask for money for their “service”. By activating the wipers, they didn’t come near my car.

If this wasn’t a family-oriented site, I would post my method for deterring the very aggressive hookers who stood outside the entrance to the Lincoln Tunnel in the '70s and '80s.

Or is there a better method

.… Hide the toggle switch under the dash in a place you can feel but not see.

I assume the criminal would find the toggle switch.
The parking lightswitch meant no switchidden somewhere.
But I cannot remember how I wired it.

Themergencyehicles are also locked when in the garage.

The computer is in charge of that circuit. Your Lexus has a starter, fuel and ignition interrupters to prevent theft.

Most of the vehicles stolen do not have security features;

The report released a list of the state’s top ten stolen vehicles and are:

The computer is in charge of that circuit. Your Lexus has a starter, fuel and ignition interrupters to prevent theft.

Yes. That is why I have not bothered to do anything.

But I have an electronic fob hidden in the vehicle. (2 a.m. in a blizzard I almost losthe fob down a deep storm drain outside the hospital’s emergency room. Would have been stranded 90 miles from home.)
The metal key which opens a door is wired outside, no magnetic keytainer.
Then I can gethe hidden key fob wrapped in aluminum foil.

Would have been stranded 90 miles from home.)
The metal key which opens a door is wired outside, no magnetic keytainer.

Yes when I needed my hidden key the most 200 miles from home, discovered the magnetic key case had rusted off and no key. Good to wire it up. My spare fob is in the trunk.

I hook my keys and key fob on my belt loop via a Carabiner. this way I can reach down and hit the unlock button and not have to fumble with the keys.

My spare fob is in the trunk.

Where do you live? What does your car look like?

Where do you live? What does your car look like?

Minnesota but was in South Dakota. But it was 20 years ago with one of my Riviera’s that looked just fine.