Its Not the fuel pump

Car wont start, Had it towed to Ford dealer, starts no problem. this happened 3 times, then i had the fuel pump replaced. 3days later it did it again. The Ford Techs are clueless as to why/ what is going on. it seems that moving the car with a tow truck fiixes the problem, it has worked every time. They say they could have repaced one bad fuel with another one. when I asked them if they checked the last pump to see if it was bad, they said no. So maybe it was not the pump to begin with, which would explain i still have the problem minus hundreds of hard earned dollars. So it happened again today, Im done with Ford they just dont care enough, Im waiting for the sun to go down so I can get my car and try something else. Any ideas here how a can fix this problem

I hate when users come here and say it won’t start…does it crank or do nothing?? .when in the no start condition has fuel pressure been checked…has spark been checked ?

Vehicle, mileage and year is always helpful. We had a similar problem, narrowed it down to after running errands had the won’t start issue. I had my wife stop by the dealer every time she passed by, to see if the no start problem occurred. It did as they were ready to look at it as soon as it got there. Fuel pump in our case, but a mechanic has to be able to diagnose a no start condition when it happens, otherwise the solution to the problem is guesswork!

Im a newby sorry, I have a Ford 2001 Excape, it has 133,000 miles, it does turn over but wont run. i dont hear the fuel pump turn on, so I believe the problem is with the pump, the tech says it get stuck sometimes which explains why bouncing around on a tow truck fixes the problem, although for a short time. As soon a i get to the dealer, no problem, start and runs on the first try. i drive it home then a few days later, back to square one. I believe spark plugs etc are out of the question, since the fuel pump does not turn on.

If the fuel pump doesn’t turn on this doesn’t immediately point to the fuel pump. It points to all of that stuff between the car’s power system and the pump - relays, wiring, switches and such.

You need a voltmeter, or at least a 12V test light. From now on whenever you start the car, pause in the run position before cranking it over. Listen for the pump. Any time you don’t hear it, pop the back seat & check for 12V at the fuel pump connector. If 12V isn’t making it to the connector then you can ignore the pump. Now you just start going the other way in the circuit. I don’t know the specifics of what’s in it. Autozone’s free online repair info will probably be of service.

Thanks Ill try that, by the way I just got back from where my car broke down, no dice and I could not locate a tow truck at this hour. Ill have to wait until tomorrow.

cigroller has a good thought, but there may be an easier way to monitor this if you are inclined to do some real simple wiring. If you can patch in a wire where he wants you to test for 12 volts, run that to the front seat, attach to a a test light or even just a bulb, then run to a good ground, you’ll be able to see at a glance when you have 12 volts reaching the pump, and when you don’t. This might be a bit less hassle… or not. If you get real adventurous, you could even tap into 12 volts somewhere and be ready to connect that to your test rig, and if the test light shows no power reaching the pump, then just connect your 12 volt jumper and see if that starts the pump. Best to put an inline fuse in your jumper line. I had a case once where my problem was in the circuitry, not the pump, on an older vehicle. Our solution, given the age of the vehicle, was to just abandon the factory wiring and deliver electricity on a new line. That Nissan truck ran several more years before dying just shy of 400,000 miles. Sad to see it go…

Update, my friend took me to my car and it started up first try, and this the problem Ford cant come to the car when it brakes down some where,I can only drive it to them if the problem is gone. arrrrgh!

…which is why cigroller suggested testing to determine if you’re getting power to your pump. You need to be able to analyze the problem WHEN IT’S HAPPENING. If you knew that there was no electricity reaching the pump at that moment, you would have isolated the problem to someplace in the wiring or other electrical components. Then, if you had an alternate source of electricity ready to send to the pump, you could bypass the problem and drive on after being stuck for maybe 30 seconds. This test wiring set up would take a mechanic less than half an hour to install, maybe much less, if you don’t feel able or willing to do it yourself.

I do not have an Escape wiring schematic so I can only theorize but the odds of a new pump being bad are about zero.

Seeing as how the pump does not operate when the key is operated at the time the problem occurs I would suspect one of the following, in order of priority.
Faulty trigger circuit for the pump relay. (Relay is ground through the PCM for a few seconds and this ground is maintained if the starter motor then cranks the engine.) Wire connector scale/corrosion, faulty PCM, etc.)

Scale/corrosion on a fusible link connector in the underhood fuse block.

I’m assuming here there are no codes present?

Did The Dealer Mention Or Perform The Procedures Outlined In Ford TSB 06-9-3, A 4-Page Technical Service Bulletin Written In April, 2006, To Assist Their Technicians With 2001 - 2004 Escapes That Have Intermittent No Starts ?

The TSB helps mechanics systematically look for and remedy wiring connectors that may be corroded. The condition can cause intermittent problems involving the Powertrain Control Module (brain) and No Starts are one symptom. 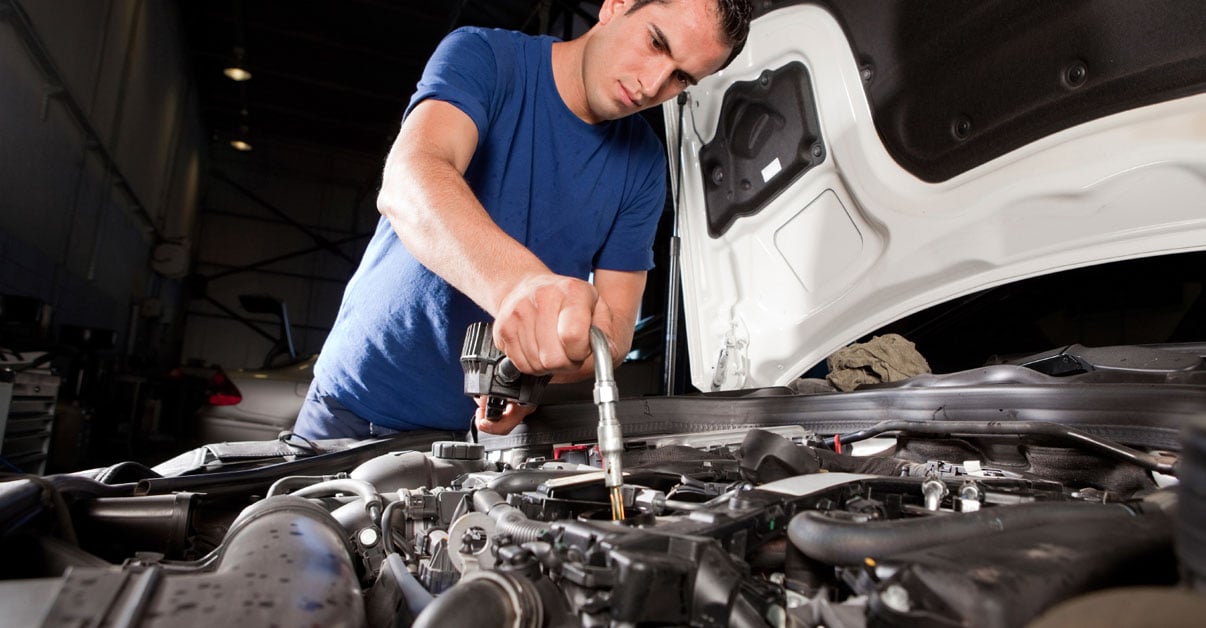 2001 Ford Escape V6 cranks, but will not start. This occurs inter'mittently during cold startup. However, I can wait for - Answered by a verified Ford Mechanic

I dont know what the Ford tech did I will have to ask, I can say that he told me the pump he installed could be bad, those were his words. I have a voltmeter and wiring mentioned above standing by.

Get a can of starting fluid. Spray some in the intake (small bits first, then a little more). If the car starts and dies, ITS FUEL. If the car does nothing - something else is wrong.

simple thing to try - switch the horn relay with the fuel pump relay. I believe they are the same on this car. If not - find the relay box for the fuel pump and replace it with one of the ones around it that look the same. If your horn doesn honk (or whatever your replacement relay controls starts acting wonky) then you have a bad relay

I would also look at the fuses. maybe one is loose.

Also, just in case I am crazy, check your battery terminal, take it off clean it and tighten it back down. Just a suspicion.

Assuming this is fuel / fuel pump related - you need to make sure you dont have a bad wire somewhere. Do you live around mice? They do enjoy a good feast of ford wiring every now and again. you could have a wire that is giving you trouble.

I too think you should try replacing the fuel pump relay in order to try and solve this problem. A bad relay is a pretty common problem and in my opinion, that should have been done before replacing the pump.

I would be suspect of someone laying the blame on a new pump. While parts failures do occur with new parts the odds are so remote it’s barely worth considering.

At some point back in the late 90s I think it was Ford decided to start using a fuel pressure sensor on some or all models. Off the top of my head I do not know for sure. This replaced what was essentially a BB and a ball point pen spring inside the fuel pump which maintained residual fuel pressure while the engine is at rest.
A failed pressure sensor could cut off fuel flow. If your vehicle has a pressure sensor it should be on the fuel rail by the injectors and will have a wire plug on it.

I would think if there were a problem with the FP sensor and its controls that a code would be set, all depending on the cause. Do you know if they’ve even scanned the vehicle?

If the truck will currently not start then you might consider running a jumper wire from the battery positive terminal to the pump terminal in the socket after removing the pump relay. If the pump runs without a problem then I’d say there’s a pump controls issue and one has to start digging deeper.
Don’t know if any of that helps or not but good luck.