Is selling a car with manual transmission a problem?

Hello,
I dont mind owning a car with manual transmission, although I dont see a benefit other than being cheaper. However, I was told that it is very very hard to sell the car. I wonder whether anyone can confirm or disprove it. Thank you.

I started driving manual transmission cars over 40 years ago (Ford Anglia) and still driving one today (BMW 328i). If it’s a BMW, Porsche, Audi, etc. it could be an advantage. If it’s a Honda or Toyota, probably a disadvantage. With a few exceptions, very few cars in the US are manual; most in Europe still are. Aside from cheaper and better fuel mileage, they are more fun to drive (especially on snow and ice).

They are, however, going the way of the dodo. Ferrari does not offer a true manual with a clutch pedal any more. Many of the sequential auto-manual gear boxes (BMW, Audi, Porsche, Ferrari, MB, etc.) are getting very good. Very few people can shift in 50 ms or less. All F1 cars are paddle shift these days.

In my experience it is not a problem selling a car with a manual transmission.

Two of our three cars have manual transmissions. I, for one, don’t pay attention to resale value because when I am done with the car, it will be worth $500 or less anyhow. A manual trans car costs less to buy, either new or used, costs less to run, and less to repair if you need a new clutch compared to a replacement automatic trans. Furthermore, it seems from following this site that an automatic trans does not typically last as long as a clutch these days.

If you want to minimize your car ownership expense and don’t mind driving a manual trans car, then you are good to go. The savings will be there unless you sell or trade before the car is used up.

In general you are going to get a bigger audience with an automatic, but that does not exclude a few who prefer mahuals and it becomes more of a positive for some individuals. It does depend upon the car. A high mileage Corolla might have a bigger draw being a manual then the same in a Camry…that’s why the newer ones may not even offer them that way.
As a general statement, autos command more money and are easier to sell overall. The big reason to always have at least one auto in your car stable, is safety. You can’t always depend on four active limbs all of the time for every driver who may need to use a family car.

Selling its not a problem but finding a buyer is. Most people don’t want one. When I needed to find a manual to teach my wife on, the local GM dealer only had one on the lot and was happy to let us use it for a couple days to exercise it. 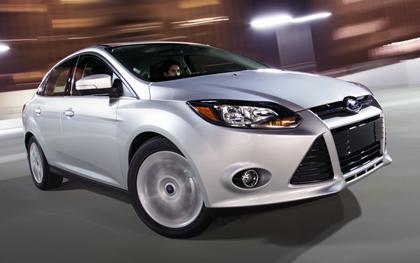 Americans have a growing crush on manual transmissions. They're in 6.5% of new vehicles this year, highest since 2006

In 1999 I tried to sell a BMW 325i with a manual transmission in Iowa. I had only one serious inquiry, but the potential buyer, who was quite ready to pay $22,000, backed out when his wife refused to let him buy a straight stick. In the end I had to sell the car to a dealer. The dealer claimed that my car had been in a serious accident because there were many new body parts, and paid only $17,000. (There had not been serious accidents, just a series of bumps and scrapes and a theft attempt that required replacing fenders and door panels.)

I doubt if I would have had this problem on one of the coasts.

I doubt you’d have any more difficulty selling a used car w/a manual xmission than an automatic. It might in fact be easier. Folks looking for used cars are looking for bargains, and manual xmission cars are less expensive in the first place, less expensive to repair, and have better mpg or better 0-60 times or both. True, lots of people prefer automatics. An plenty prefer manuals too. It’s a supply and demand thing. If there are more people looking for manuals than there are manuals for sale, then it would be easy to sell one. Me, I prefer manuals and wouldn’t even consider buying a car new or used w/an automatic xmission. If this is a problem at all, it should be low on your priority list. If you prefer a car w/a manual xmission, buy one.

It depends. I would say, when buying one, negotiate the price down as you can-then don’t worry about resale.
I once bought a manual shift Camry. Then after 1.5 yrs, had to give it to my wife because her car was not very reliable anymore. She didn’t want to drive stick, it took me a while to sell the Camry, but the buyer actually bought it for more than what an automatic would have cost. They were just looking for a stick Camry.

You only need 1 buyer, that will happen.

But that 6.5% is all about supply of used cars. Econ 101, supply and demand, a small pool of used sticks is a GOOD thing, provided demand is there.

I would think purchasers of used cars have different priorities than buyers of new cars (i.e. an emphasis on economy, for one) that make them more likely to consider manuals. Also, the more astute used car shopper realizes manuals are more tolerant of potentially-insufficient maintenance, and would again favor a stick…especially as you get up in miles.

I buy cheap used cars, I favor a stick, and I would pay a premium for one, if I had to.

New fenders and door panels would make ANYONE suspicious.

One of the reasons I have hung onto my old clunkers as long as I have is the fact that they now longer make many comparable new vehicles in manuals. I prefer them and would seek one out if I had to replace one of mine now.

I think it would have to depend on the car. If you’re selling something sporty, like a Corvette, Camaro, Mustang, Miata, S2000, Porche, or any convertible, I think the one with a manual transmission would be more desirable, and would probably sell just as easily.

If you’re selling something more pedestrian, like an econobox or a minivan, you’re usually better off getting an automatic, especially if you plan to sell it after owning it only a few years. Pedestrian cars with manual transmissions really work best for people who keep their cars for more than 10 years/200,000 miles.

“But that 6.5% is all about supply of used cars. Econ 101, supply and demand, a small pool of used sticks is a GOOD thing, provided demand is there.”

Exactly. The demand has to be there. But if 90% of prospective buyers want auto, the guy selling the manual loses. And that allows for a 50% increase in the population that wants a manual transmission.

I think @Uncleturbo aptly discribes why some manuals do sell, and some don’t and why we can have differences of opinions. He gets my vote for best answer ! ;=) with his first statement !
I would have no trouble selling a Toyota Tacoma short bed 4wd in Maine. I would have lots of trouble, perhaps, selling a manual Accord in the Boston area. ( assuming they made one)