Is NHTSA Doing Its Job? 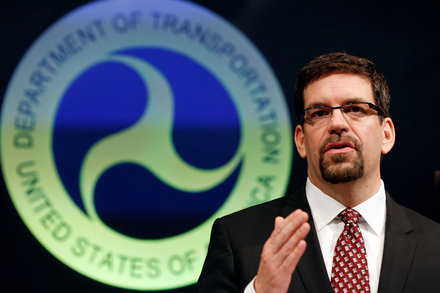 An investigation by The New York Times has found that the National Highway Traffic Safety Administration frequently has been slow to identify problems, tentative to act and reluctant to employ its full legal powers against companies.

“To give N.H.T.S.A. more muscle, Congress passed a law in 2000 requiring automakers to report to the safety agency any claims they received blaming defects for serious injuries or deaths.”

“But the safety agency has allowed automakers to conceal important information in that reporting process by not requiring full disclosures when confronted with follow-up questions. In the agency’s so-called death inquiries — requests for further information from automakers — it has made optional a key question: What may have caused the accident?”

“The Times reviewed nearly 100 death inquiries obtained under the Freedom of Information Act — including all inquiries made of General Motors, Chrysler and Ford in one quarter of 2012 — and found only four cases in which a manufacturer responded to the question, and none in which a defect in the vehicle was identified.”

Blaming ‘‘defects’’ is far too often just a whiner’s cop out…waaaay too often.

So the result is the NHTSA ending up with a publicly imposed need to wait.
Wait to see if these complaints are just whiners or if there is truly an actual defect.
Whether or not they actually investigate or perform hands-on research might determine som of that delay as well.

NHTSA is a part of the executive branch of government, headed by an appointed politician. Their main mandate is to compile and analyze data and make recommendations. Resulting safety regulations are enacted and enforced by the Department of Transportation. If upon investigating NHTSA discovers fraudulent activities, that goes to the U.S. Attorney General for follow up criminal indictments if such is deemed warranted.

I believe NHTSA is fulfilling its mandate. NHTSA itself lacks enforcement authority to force manufacturers to provide full disclosure. And, in most cases, the withholding of data doesn’t constitute a criminal action. That could only come from an oversight committee calling the manufacturer’s senior people before them to testify under oath… and catching them in a lie (perjury)… which doesn’t happen because only people highly skilled in avoiding these things ever make it to the senior levels of a car company.

The only real control is the marketplace. If a manufacturer’s reputation suffers, its sales suffer. Of course, if our politicians step in and bail them out with tax dollars anyway, there’s no incentive for them to change their ways.

I for one find the New York Times an unreliable source anymore. How many people in New York actually drive their own cars anyway so what do they care?

I think they do actually. It takes time to identify a true lemon. A lot of people call a vehicle a lemon way too often just because of a minor problem or two. Most of the time it’s just a lack of maintenance on the owner’s part but they call their vehicle a lemon anyway. I also agree with @Bing because the New York Times is in the business of selling papers. To sell papers you need some kind of “hook” in the story and a lot of hooks are manufactured out of thin air.

"NHTSA itself lacks enforcement authority to force manufacturers to provide full disclosure. And, in most cases, the withholding of data doesn’t constitute a criminal action. "

Actually, the article points out that NHTSA has authority to issue subpoenas, a fact that the acting head of NHTSA appeared not to know in a recent Senate hearing.

How many people in New York actually drive their own cars anyway so what do they care?

You do know that many of the contributing reporters to The Times don’t live in NYC. Many live all across the country from NY to LA.

Plus there are 8 million people in New York City alone, and most of them actually do drive their own cars, if they own one.

True, jesmed, but the only function of the subpoena is to gather records. The agency gets no more than exactly what it specifies in the subpoena, no more. Withholding all data not specifically identified in the subpoena is something they’re powerless to prevent… and that’s exactly how companies withhold data.

I realize we’re talking about data that the companies are required by regulation to report, but companies can be very, very innovative about reporting only what they want the agency to know and no more. To the best of my knowledge there has never been a criminal indictment against a company or a company executive for withholding data, even when the data is discovered in oversight committee hearings to have been withheld , and that is by far the executives’ most vulnerable environment.

“I realize we’re talking about data that the companies are required by regulation to report, but companies can be very, very innovative about reporting only what they want the agency to know and no more.”

Yes, and it becomes much easier when NHTSA makes replies to critical safety questions “optional.” Like the example cited in the article where NHTSA asked Ford for “optional” details on a fatal accident and Ford said “no.”

And when the Times asked NHTSA why answers to those questions were made “optional” instead of mandatory, no one at the agency could explain why. Pretty lame.

When Tom and Ray told everybody that a heavy key ring could wear out the ignition lock I should have figured that something was wrong with that idea. If I had not owned a Mazda truck with keys that could fall from the ignition switch, I might have had a chance to be smart.