my father wants to buy that car, but i’ve heard that European cars aren’t that great, so is it good or what other options are there?

Where are you located ? This is mostly a US of A based Forum . There are a few regulars from other countries but they don’t post here that often .

Seat is essentially a Spanish Volkswagen.

A 14 year old car of ANY type can be a bit sketchy… It depends a LOT on how well it was maintained. Get a pre-purchase inspection on ANY car you might want to buy.

No car is generally good once over 150,000 km… it depends more on how they were serviced.

I don’t really understand someone who is in Europe asking if European vehicles are good or bad.

Dood, just because I’m from Europe, doesn’t mean that i should be expert in them ok?
I know that they aren’t as good as Toyota or Honda but i want to know how much worse of a car i will get. Toyotas from same year vs European cars from same year are almost double the price so please, can you just tell me what should I expect from these cars? Or what are best alternatives in same price?( These Seats are about 3.5k USD)

Dood, just because I’m from Europe, doesn’t mean that i should be expert in them ok?

But you expect us in the states to know something about a car that we have never seen and was built in Spain ?

I didn’t write this post specially for you man, if you don’t know, than somebody who knows will give me advice​:grinning:

if you don’t know, than somebody who knows will give me advice

Perhaps, but since this is a US-based forum, and SEATs have never been sold in The US, the probability of anyone here having an authoritative opinion is somewhere between slim and none.

I think that you should research the reliability/durability/common problems of the old VW model on which the SEAT is based. That–plus a pre-purchase inspection by your own mechanic–is probably the best that you can do.

I didn’t write this post specially for you man, if you don’t know, than somebody who knows will give me advice

All the members here know is that Seat may have a lot in common with Volkswagen . And I wonder if the person looking at this vehicle even wants your help since you had to ask about service on Honda Insight .

I do have Honda insight, but it doesn’t mean I can’t get another! C’mon people i just wanted good advice but you’re just questioning me for some reason. I know that mechanic is best advice giver but can’t i know common problems or good alternatives? Like taking car to mechanic gives impression of me willing to buy it. I just want to know more about. So at least tell me which site is better suited for my question

but can’t i know common problems or good alternatives? Like taking car to mechanic gives impression of me willing to buy it. I just want to know more about.

Why can’t you understand that there may not be anyone here who has experience with vehicles that are not sold in th US .

if i was in europe id go buy a rebuilt car from lithuania from sergy, the auto tech.

We can’t comment on the price since we aren’t in your market. If it was maintained well, it might be worth buying. As @Mustangman said, a car this old isn’t about general model quality as much as how it was maintained. You and your father can inspect it well and drive it. Your inspection should include opening the hood and rear hatch and making a close inspection of everything you see. Pull back floor coverings, especially any compartments in the rear. Look in the wheel wells and under the car as best you can. If it looks good, pay a mechanic you trust to do a pre-purchase inspection. If you still like it, make an offer. Given the age, expect consistent repairs. You should really think of repairs as maintenance at this age. Everything on a 15 year old car is suspect.

Thanks! At last I’ve got decent answer!

Been checking Moble.de for options but have mainly come up with the Astra, Golf, or Mazda3. Only know the bsics about the Seat but from reviews it’s just as good as the golf if you don’t need to spend the extra to have the

VW badge on the front May not have exactly the same features but the basics are the same. At this time in 2013 my family was in the UK touring the north of england in the Toyota Auris pictured below, really good car but with 5 americans plus luggage it was roomy enough once we dropped off our luggage. You’d have to get the generation before if you wanted one cheap. 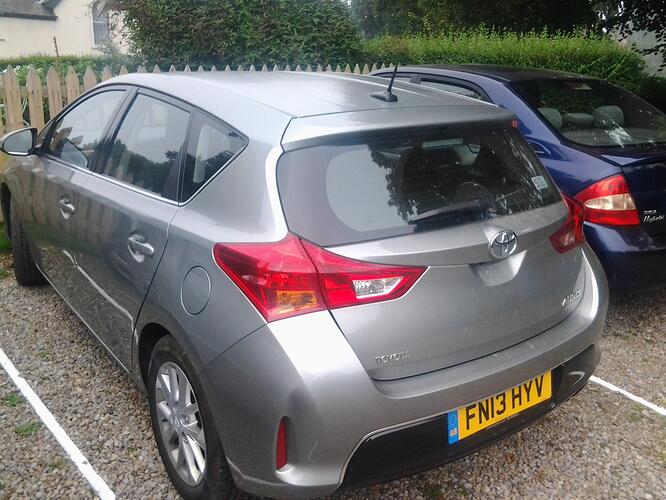 OK, I didn’t post in the beginning because I was hoping someone would know more.
I first came across that brand while on vacation in Spain. I saw quite a few being used as Taxi’s, so they should be at least somewhat reliable. There might be an element of national pride to it though. The ones we sat in were stick shift and drove just fine.
I think your best friend would be a brand specific forum, if you can find one on google.
I do the same even with popular cars, because lets say even if Toyota’s are reliable, each gen/model has its own issues and you are trying not to buy someone else’s headache. Some Camry’s are oil burners, some had head gasket issues and some have torque converter issues. If I am buying those yrs, I will make sure to have the problem prone areas looked at with a magnifying glass.