I'm not against seatbelts

But this is just dumb 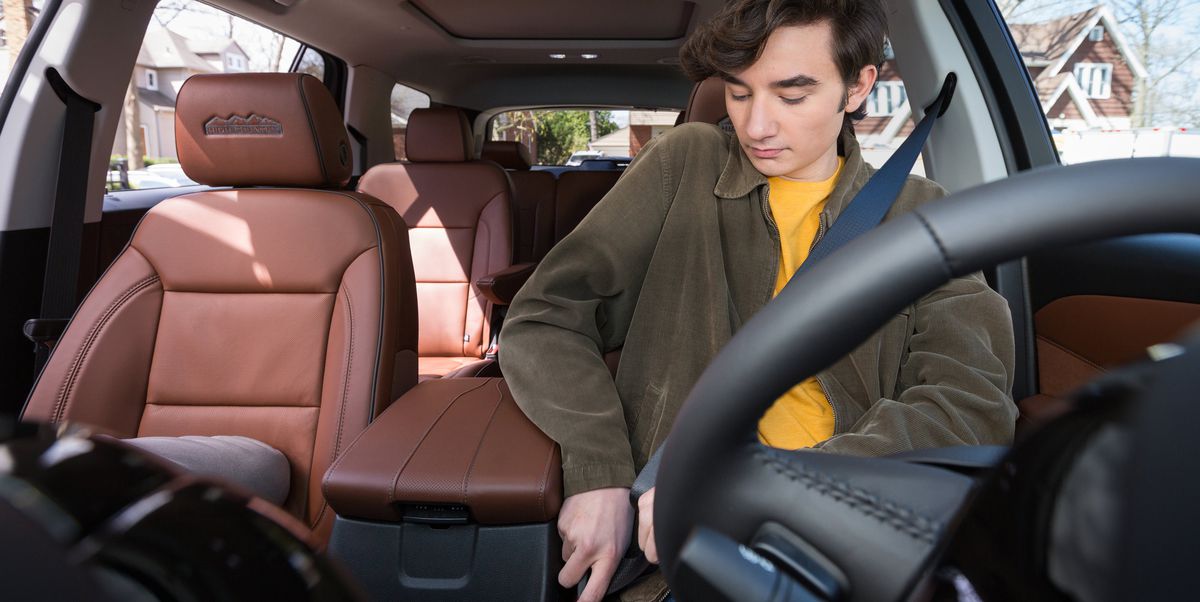 The new tech is called Buckle to Drive, and it rolls out on several Chevrolet and GMC models for 2020 as part of the Teen Driver package.

No thanks… Not because I don’t wear my seat belt, but because there are more things to break or malfunction simply to drive the vehicle. The road to lost choices and freedom continues at an ever increasing pace it seems. The troubling thing is, people seem to welcome this phenomenon…

Easy piece of software to create. No additional sensors needed. If you can chose to turn it on or not, I am fine with it.

Keep in mind, I see people every day yakking on their phones held in their hand driving new cars with hands-free Bluetooth cell service. If they can’t link their phones to their cars, how would they EVER figure this out? Their teen could likely defeat it faster than they could start the car.

I’ve been stranded by a broken clutch safety switch (because I didn’t think to try push-starting the car), and like @Honda_Blackbird, I wouldn’t want to be stranded because something I use as often as a seat belt wore out.

I don’t want to have to buckle up to pull my car up on ramps, or move the car from one parking spot to another, or check the fluids after changing them.

This is why I think it’s dumb. Driving something as big as a GMC product in a parking lot, it is sometimes necessary to move around unrestricted to check clearances. I’d agree with the system if it limits the engine to idle

But it can be turned off or on. Where’s the harm? Making a teen buckle up is a great idea.

Actually, I can’t pull my car up on ramps at idle speed. It would just sit there at the bottom of the ramps.

…and could you imagine what would happen if the system kicks on due to a malfunction while you’re driving down the interstate?

I used to think I need to rev my car way up to launch on a steep hill. And then I found out I could launch just as well at idle with full throttle. That was 10 years ago and today’s transmissions have much wider range and electronic throttle can control engine speed much better than anyone

I was driving someone’s vehicle on the interstate when it blew a head gasket and the engine hydro locked. I just coasted toward the shoulder

Someone will invent a ‘sky hook’ for every fear that can be dreamed up.

Shades of the infamous ignition interlock of the 70s. It did not permit the car to be started until everyone was belted up. The problem was a bag of groceries on any seat or your dog would activate it as well.

Numerous congressmen rebelled and the feature was soon withdrawn.

Shades of the infamous ignition interlock of the 70s. It did not permit the car to be started until everyone was belted up.

Shades of the infamous ignition interlock of the 70s. It did not permit the car to be started until everyone was belted up.

I was trying to remember what it was with my 74 Cutlass but I guess that was it. You’d just lift up off the seat to start the car if you weren’t going to drive anywhere or were warming it up. I always wear my belt but this is stupid. Like before, I think they get feature points from the EPA for coming up with this stuff even though it doesn’t affect mileage. Otherwise why would they just try to tick off customers?

I see people every day yakking on their phones held in their hand driving new cars with hands-free Bluetooth cell service. If they can’t link their phones to their cars, how would they EVER figure this out?

+1
When I see people driving late model cars–all of which are factory equipped with Bluetooth
technology–with one hand clamped to their ear, all I can think of is…
So, you’re too f’ing stupid to be able to figure this out?

So, you’re too f’ing stupid to be able to figure this out?

Even with advanced degrees we couldn’t figure it out with our Acuras and my MD technology literate son who uses computers for brain surgery gave up in frustration. It took a trip to the dealer again to finally get it to work. Yeah we’re pretty stupid I guess but it works now so every time I’m driving and a call comes through to my wife, the nav screen blanks out and the irritating beeping continues. It’s great.

Well, I can tell you that those electronic gizmos work essentially flawlessly in both Toyotas and Subarus. I have no personal experience with Acuras, so I can’t attest to how well it works with that marque.

I assume that the backup camera is integrated into that same screen, and I can recall Consumer Reports commenting a few years ago that it took a full 10 seconds for the image from the backup camera to appear on the screen of an Acura that they were testing, so perhaps all of those electronic aids on Acuras don’t work as well as they should.
Quien sabe?

I have had to avoid a hill and go the long way around. My 6 speed manual was quite capable of normal starts on it but 9 out of 10 times the ignorant idiot behind me would stop less that 1 foot behind my bumper!!! I hate my electronic throttle!!! I have been driving M/Ts for 54 years. My new 2010 Kia Forte SX (6spd M/T) would launch normally at 1500 RPMs. When I then applied normal throttle it would bog and often die. My dealership had no service department until 2014!!! Through experimentation I discovered if I quickly shifted to second gear before accelerating everything was normal.
Driving my 1971 Chevrolet Vega which was on it’s second warranty engine with just over 20,000 miles on the car. I was in 4th (top) gear at 55mph. There was a bang. Much exhaust smoke and rear wheels locked. I shifted to neutral and coasted up an exit ramp into a parking lot. When I got it home an autopsy revealed a 3/8ths inch wide by 3 inches long piece of a cylinder wall broken out. A nearly new car with it’s third engine destroyed!!!
Seatbelts: I have owned many vehicles that were not equipped with seatbelts. I used the seatbelts in every vehicle which was equipped!

My dealership had no service department until 2014!!!

That reminds me of the service department–in name only–at the Datsun dealership where my sister-in-law bought her SPL-311. That evil little machine had more problems than Carter had pills, but it turned out that the so-called service department consisted of one elderly man whose sole competence was limited to washing cars and tearing the plastic wrap off of the upholstery prior to delivery of the car to customers.

Everything else was referred to a Gulf gas station a block away from the dealership, and the guy who owned the Gulf station had not been given any training on how to diagnose and repair those early Datsuns, was not supplied with any Datsun-specific tools, and had ZERO interest in doing much beyond oil changes.

I would have thought that manufacturers would have advanced beyond the truly primitive “service” conditions that we experienced in the late '60s-early '70s, but… maybe not…

It was interesting today in the paper the Minnesota Patrol reported that there are about 7% of drivers not wearing seat belts. This is the kick-off to their increased enforcement action this weekend. We all know about the 80-20 rule and how hard it is to get to that last 10% or so of anything. So my thought is why do they keep banging their heads against the wall trying to get at that last percentage of violators and at what cost?

It’s really starting to make no business sense so there must be another reason such as catching other offenders, PR, OT, spending grants, I dunno. Seems like if you have 93% compliance, it’s just time to take the day off and go home. Or maybe it’s just the psychology of the enforcement community and other leaning on laws to influence behavior. They just can’t stop and will never be satisfied.

If my job was to save people’s lives, I’d consider that a significant number. We’re not talking about manufacturing widgets under the law of diminishing returns.

If such an idea goes into a mandatory requirement, I expect a surge in sales for these: 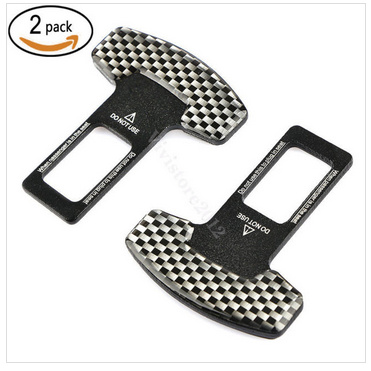 The “remaining 7%” will get the stupid fail-safe fooled and do what they did before.