Yo Ray!! I’m an old car guy, and a long time reader of your column. I agree with you almost all the time, by the way. My vehicles include a ’58 Corvette, a ’65 Mustang (both modified), and a CTS-V coupe, 6-speed, which needs no mods.
I’m questioning a recent column, where you compare hybrid vs. non-hybrid car costs. All quite reasonably, of course, but few people travel 20,000 miles/year, methinks. My big question though, is why did you not even mention the cost of recharging said hybrid vehicle? I don’t have any idea what is would cost, but I feel sure it is not negligible. I could be wrong.
Keep up the good work.
Pete Camerota

Pete , you have landed on a part of Car Talk Community Forum . It is not known if Ray ever replies to posts here or if he even sees them . Also it might not be a problem but you really should not put your email address on an open forum.

@VOLVO_V70 did respond and I agree with what he said.

But for everyone else, this is the column he’s referring to: 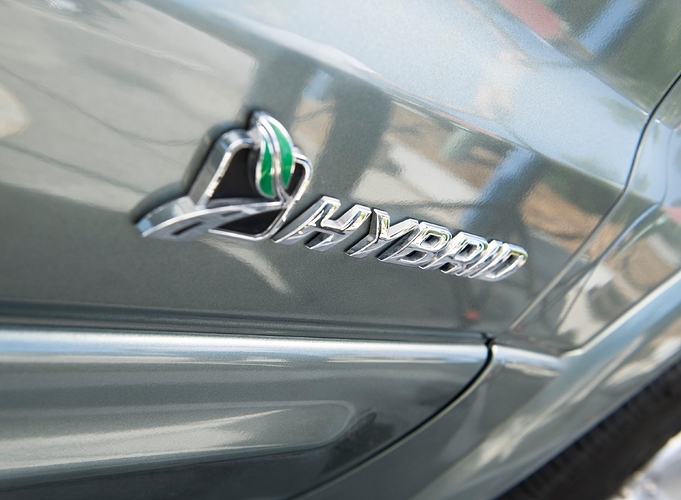 How to Calculate the Cost Savings of a Hybrid

Easy math can help you decide between hybrid and nonhybrid models

@MajorCamerota if you’d like to send an email, you can do so here.

My big question though, is why did you not even mention the cost of recharging said hybrid vehicle?

That’s because you don’t recharge a regular hybrid vehicle, like a Prius. There are hybrids that you do recharge, like a Prius Prime, but they are a much smaller fraction of the market.

Not a question but an observation from Mr. Magliozzi’s column on the pay back time for an hybrid. In Ohio there is an additional annual fee of $100 for car registration. Over 25 other states alos have additional fees on hybrids and electric cars. In his example with the Ohio fee it would take 6 years to break even. However, no matter the break even time, our grandchildren will thank us for slower climate change.

In your May 30 article in the Arizona Republic, there is one more variable to consider when deciding whether to buy a Hybrid or just a gas model: How long will the large battery last? What will it cost to replace it? How many gallons of gasoline saved will it take to fully amortize the replacement cost of the battery?

Hi and welcome to the zoo. AFAIK Ray doesn’t post here and probably doesn’t read our posts. As to your question, hybrid batteries are designed with a service life of 100k miles. Some do even better. That amortizes over 7 or 8 years of typical operation. https://www.autotrader.com/car-tips/hybrid-battery-replacement-when-can-you-expect-it-221310%3Famp

Thank you for the quick response.

hybrid batteries are designed with a service life of 100k miles.

And anything over is gravy. You’re only assured of 100k. Some hybrid batteries have failed long before then, some have gone significantly over. 100k makes a nice average.

That’s like saying drivetrains don’t get much over their warranty. They do. The great majority of Prius batteries last well over 100k, 150-200 is common.

I have heard that in taxi fleet service, the reduced brake maintenance due to regen braking by the electric motors alone was worth the extra cost of hybrid vehicles.

I suspect there’s not much difference in the total cost of ownership and operation of any of these vehicles over the years, but it’s beyond my knowledge to know about the cost of labor to have other folks do your routine maintenance tasks, which do seem greater on anything with an internal combustion engine. The benefits of electric cars are much less maintenance, instant power, and centralizing power generation where the negative environment impact can theoretically be contained better. Or even eliminated by using rooftop solar power generation, and then using the batteries in electric cars as reserve power sources when distribution systems fail.

Cost of ownership much more complicated than MPG! Start with purchase price. My Volt cost twice what an economy car does. Next the sales tax is an extra $500+ (depending on your state/local tax) followed by an extra $100 a year annual registration. But wait there’s more, my annual insurance run about an extra $100. And remember those batteries don’t last forever. Like the old joke, it’s that warm feeling you get but rarely is it cost effective. Now if you commute daily and get that coveted carpool lane it’s a +++. Some folks never need gas. And my Volt is peppy, quiet and comfortable. So you can see a complicated answer way more than just gas.

I’m not Ray Magliozzi, but I don’t think he responds to posts in this forum, and if he does, he keeps his identity well hidden, so I’ll offer what I think might be his response.

You seem to be talking about a plug-in hybrid, but the column wasn’t about those. Also, hybrids use regenerative braking to recharge the batteries. When you coast or brake lightly in a hybrid or in a mass manufactured electric car, the car’s momentum is recaptured to energy used to recharge the batteries. That is a big reason hybrids are more efficient than non-hybrid cars.

You make a valid point that most people don’t drive 20,000 miles per year. The average is usually closer to 12,000 miles/year, but I think Ray’s thinking might be that hybrids make the most sense for people who own one car and put a lot of miles on it, because if you don’t put a lot of miles on your car, a hybrid does not make financial sense.

The bigger mistake Ray made in his calculations is that he did not include the inevitable cost of replacing the hybrid batteries, which can be quite costly, in his five-year break-even analysis. If he were to include that cost in his analysis, you’d have to drive more than 20,000 miles per year to break even.

…but here are a few other factors to consider:

In conclusion, for most drivers, buying a hybrid is not a sound financial decision, but that doesn’t mean they shouldn’t buy one. There are other reasons to buy one. Maybe you want to be able to use the carpool lane without having to carpool (which some states allow). Maybe you want to lessen American dependence on oil or lower your carbon footprint. Maybe you just want to engage in virtue-signalling because you can afford a hybrid and like the image it conveys. Someone who drives a CTS-V must care at least a little about appearances, because owning one is hardly the most financially-sound decision you could make. It’s certainly not the most cost-effective mode of transportation by a long shot, so let he who is without sin cast the first stone in terms of buying the most practical vehicle.

That’s like saying drivetrains don’t get much over their warranty. They do. The great majority of Prius batteries last well over 100k, 150-200 is common.

@charlesflint wanted to know the cost of the battery over time. I like to be conservative with other people’s money, which is why I don’t sell stocks. The only number we know for sure is the length of the warranty so I plugged that into the calculation.