How To Find a Good Mechanic - Car Talk Post

Hi Folks,
We try not to spam our own Community with our posts, but this topic is one we frequently find in the community. Many of our members are looking for a specific type of mechanic. We felt it would make sense to update this topic with a feature story. Going forward, we will, of course, use the Mechanics Files as a resource, but the topic so broad and so common, we felt it deserved some attention. Don’t be surprised if you see this story linked as an answer under some future Community posts. Cheers.
https://www.cartalk.com/car-owning/how-to-find-a-good-mechanic 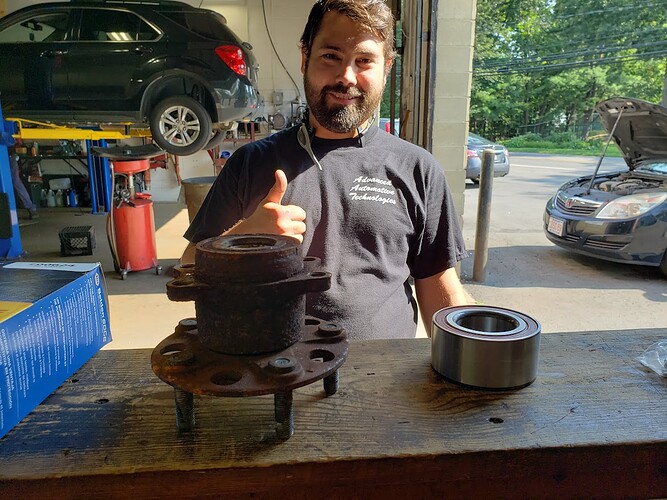 , use the Mechanics Files

If you mean the Mechanics File on Car Talk that is a complete waste of time . I won’t mention the shop name but everyone of their glowing reviews appear to have been written by the same person.

One of the mechanics mentioned on the CT files is from my neck of the woods. He was a good guy but died in a traffic accident about 20 years ago. His building sat empty after continuing on for a year or so under his brother, became another business, eventually closed down, and then reopened as an industrial supply outfit.

Main thing is to use multiple means of checking someone out. The BBB is toothless but can serve as an indicator of sorts. If there are multiple complaints against an individual it might be best to move on. Accessing court records online (easy to do here) is another means.

we will, of course, use the Mechanics Files as a resource, but the topic so broad and so common, we felt it deserved some attention. Don’t be surprised if you see this story linked as an answer under some future Community posts. Cheers.

The mechanics files needs some serious updating or complete removal in my area there are three listed one is a tire shop that is over 22 years old on the last revue and the other two are no longer around I recall others on here saying the same thing.

Like Yelp and Google reviews the Mechanic’s Files are most helpful when folks keep leaving reviews, the shop my family’s used since around 1993 hasn’t had a review in a couple years either but we still highly recommend it to anyone we can think of that might need a good mechanic.

We picked them out of the phone book because they worked on Mazda’s and started out as the 2nd opinion shop but eventually became the only shop. They’ve spent years asking what more they could do to be the sole provider and they’re now 3x the size they were in the early 90’s but with the same level of service.

Whether it’s Car Talk or not, online reviews always have to be viewed with a critical eye. You never know the context behind any of the good or bad reviews, or if “ballot stuffing” was going on.

The Car Talk Mechanics files for the town I live in lists 9 repair garages. Nearly all the reviews on those garages are at least 12 years old. The newest review is from 2015.