How Tesla lost the affordable EV race to GM

Infrastructure is a lot more than adding chargers. For example, lots of dealers have to pay utilities to upgrade the service to their businesses, chargers put a HUGE load on systems.

And gas stations have to pay to dig a giant hole in the ground and bury a series of huge tanks.

Which, btw, will be another advantage of a switchover to EVs. It’s not uncommon for a gas station to go out of business and leave behind leaking tanks that the city then has to come in and spend taxpayer dollars to clean up. When an EV charging station goes out of business it will leave… a big wire.

It’s not uncommon for a gas station to go out of business and leave behind leaking tanks that the city then has to come in and spend taxpayer dollars to clean up.

The “legacy” of those old tanks can be even more expensive than simply cleaning-up the area near the leaking tanks. In one of the most rural parts of my township, people relied on water from their own wells–until it was discovered that a plume of contamination from old, abandoned gas tanks had poisoned those wells. Because of an underground spring, the contamination was carried for at least 5 miles.

For several years, the city supplied those folks with bottled water until a new water main could be run into that part of the township. The cost of that new water main amounted to several million $$.

A friend had s store in a location that used to be a gas station in the 50s. In order to sell the property to a bank, he had to pay dearly for excavation and testing of the soil. Also had a local manufacturer established in the 1800s that dumped their solvents out back creating a drinking water problem. Pretty common in the old days.

As far as chargers by shops, ya just have to do a little math. How many cars in the parking lot versus how many chargers and how long to charge, etc. then I’m trying to think of the lasrt time I spent more than 30 minutes in a store. Any store. Unless waiting to find someone with the key for the locked cabinet. The days of spending a leisurely Sunday afternoon at the mall are kind of over.

In my town, the Planning Board announced last year than no new commercial construction will be approved unless there is a provision for “an appropriate number” of charging stations.

I can understand electric station where people live, but the rationale for sell storage escapes. At one point I had three storage units in different locations and can’t think of any time where I would have had the need, time, or vehicle location to be useful. Usually loading and unloading with a trailer. I suspect a little virtue signaling.

We had a big event a church Sunday with about 50 pastors and bishops attending. Lo and behold there was a Tesla in the lot. Also a nice new corvette. I hope they both had enough juice to get home again. I don’t know who owned them but am considering maybe they make too much. I’ll wait to see who brings up putting in an outside outlet.

How many cars in the parking lot versus how many chargers and how long to charge, etc. then I’m trying to think of the lasrt time I spent more than 30 minutes in a store.

When I buy an EV I will plan more than just a shopping trip. I will charge up where I can take a nice walk and get some exercise. I will want at least an hour long walk and I’ll see if there are disgruntled EVers waiting impatiently for me to return. Given the recharging fires reprorted at EV owners homes, I probably won’t install a 220V quickcharge line in my garage. I’d like to install a charger, but Mrs JT is not at all on board with that. It’s not just my house, the girl of my dreams lives there too.

Have to wonder, if EV’s become so popular and IC’s so unpopular that new sources for electrical energy are needed, will oil companies burn their oil to spin electricity-producing turbines? 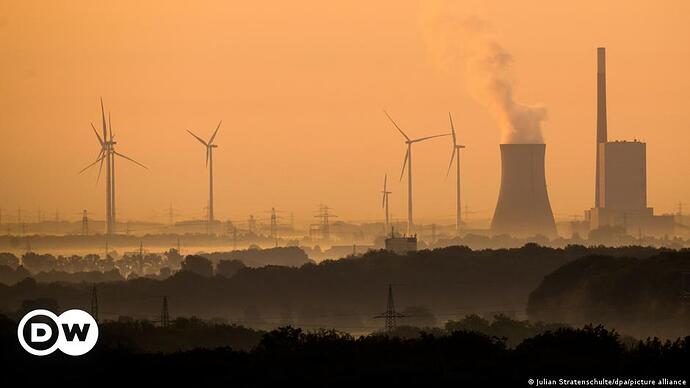 Berlin has realized it will never again import as much energy from Russia as before the Ukraine war. So the challenge is to wean Germany off its dependence on Russian energy sources, and quickly. The question is how.

If electricity demand here rises it’ll have to come from somewhere. But likely not oil. Natural gas, maybe bring some coal plants back on. One can’t get solar and wind on demand.

Just watch what Germany does after all the furniture is burned up this winter. Alice in wonderland.

I think it would be great to have an electric car but it doesn’t seem like they are quite ready for prime time. Batteries have a limited life and are EXTREMELY expensive to replace, sometimes more than the car.

Also, the charging could be an issue although stations are popping up all over and sometimes in places you wouldn’t expect.

Then there is the power grid not being ready. I have been told several times during very hot or cold temps to conserve power over the past few years. They call it a peak usage alert and you get a list of things NOT to do. Charging electric cars is explicitly mentioned as something NOT to do during these periods of peak electricity usage. More electric cars is going to lead to more alerts like this.

As for the Bolt, I know someone casually that had one and bought it new a few years ago. The battery died and only had a 50 mile range or so and the car was still under warranty. GM couldn’t source a replacement battery so bought the car back from him at the full purchase price. He was glad to get his money back but also liked the car and would have rather had it repaired. I need to ask him exactly what happened.

Hopefully replacement batteries won’t be an issue on the new Bolt. Apparently this was a known problem on the model I mention. Again, I need to ask him exactly what happened.

I really thought the Volt had it right. You could plug it in and never need the gas engine for short trips but the car was also practical for long trips when the series hybrid gasoline generator kicked on. A series hybrid is where no power from the gas engine goes to the wheels. It simply powers a generator to charge batteries and power an electric motor. This is not new technology and has been done on industrial machines such as locomotives for many decades.

Why don’t more cars like the Volt come out? Why did they stop making this? I have a customer of my business who bought one from a dealer when it was out of favor several years back. He loves the car and refuses to sell it back to the dealer, even after many years of use and offers for far more money than he paid for it. This customer lives in a rural area as I do. A purely electric car isn’t practical for people like us while a hybrid like the Volt or even a Prius is definitely a good option.

I just think the push to purely electric is coming too fast and too soon although I think there might be a time when the power grid, battery tech, and charging options makes it viable for most of the population.

Batteries have a limited life

I think there is evidence to dispute that statement.
As of 2020. Lexus’ battery warranty has been extended to 10 years/150k miles:

EXTREMELY expensive to replace, sometimes more than the car.

Apparently you haven’t looked at those prices recently. According to RepairPal, the cost of replacing the propulsion batteries on a Prius is less than $1,300:

How Much Does A Toyota Prius Battery Replacement Cost? - CoPilot

If you want to learn more about a Toyota Prius battery replacement cost, you’ve come to the right place. Read on to learn more about price, how often this process should happen, and some signs to look for when determining if your battery is about to... 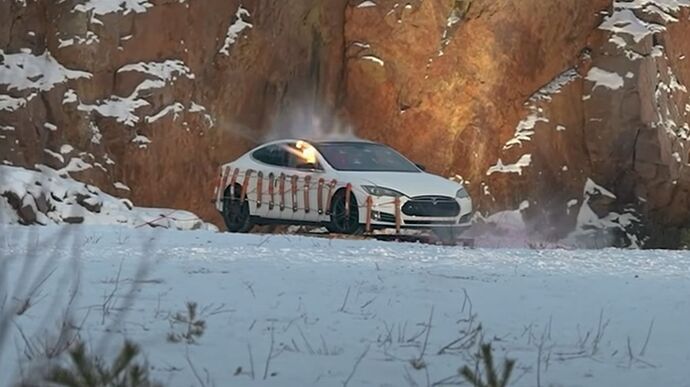 Tesla Owner Decides to Blow Up His Car with Dynamite When Faced with $22,000...

Tuomas Katainen blew up his 2013 Tesla Model S when he learned it would cost him around $22,000 to repair 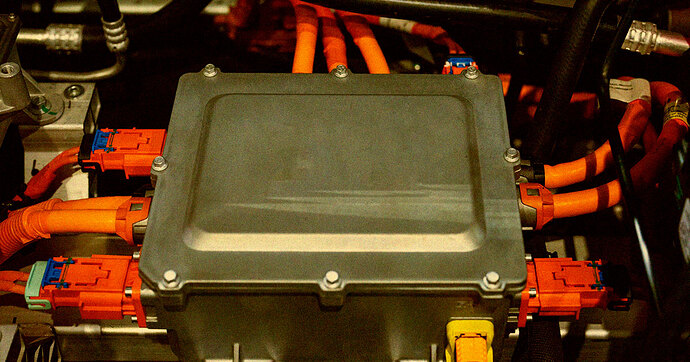 Sales for EVs are at a record high. But, as one family in St. Petersburg, FL, found out, so are the costs of replacing their batteries.

That’s one of the advantages of a ‘regular’ hybrid - the replacement batteries aren’t that expensive. In contrast the battery for an EV can be very expensive because it’s so much bigger (30X or more).

The cost of Tesla battery replacement in The US is at least $9k less than the apparent cost in Finland. 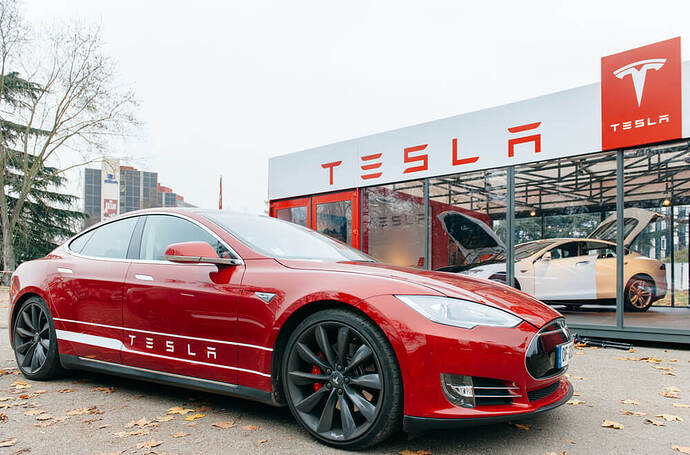 Tesla battery replacement cost: How much to pay for it

Interesting… I wonder why they are so much cheaper here. That also makes sense about a hybrid battery being smaller and cheaper vs. a full electric car battery.

This just showed up in the local newspaper as well. I have heard of fires and am sure this is something that can be mitigated over time as these are perfected. I have personally seen cell phone and laptop battery fires and they are crazy! A car battery would be a much bigger problem. Hidden danger in electric vehicle fires

I wonder if the people you showed us got second opinions on the repairs.

I have no idea but think I would before detonating an expensive EV that otherwise would be really nice to own. I have heard you can rebuild a bad battery by replacing only the failed cells as well but no nothing about this.