How Tesla lost the affordable EV race to GM

An interesting article from Forbes magazine: 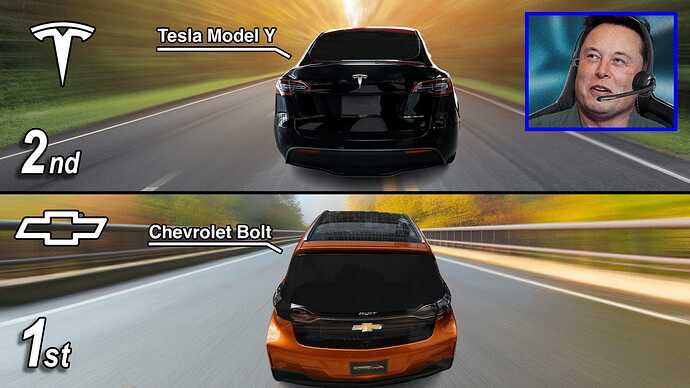 Sixteen years ago, Tesla CEO Elon Musk announced his goal of building the first truly low-cost electric family car. With its new Bolt hatchback, General Motors has beaten him to it

Since Tesla had the market to themselves, they could sell anything they wanted and at whatever price they thought the market would bear. As long as they have a significant market for their cars, it makes sense to continue that way. They might reduce the cost of the Model 3 or produce a subset of the Model 3 at a reduced sales price. I would consider buying a new Tesla if their reliability record was better. Add to that the stories of errors in production of the cars customers ordered, and I’m very leery of Tesla.

Tesla had a huge lead, but everyone is catching up. Their designs are starting to look stale, the interiors aren’t luxurious, and some choices (the yoke steering wheel, for example) are nuts.

I haven’t heard about that situation. Can you elaborate or provide a link?

Their designs are starting to look stale

I have never liked the frontal aspect of any of their models, and their SUV (model X??) just looks bad from every angle–IMHO.

At least there is no grill from hell styling that some companies use. 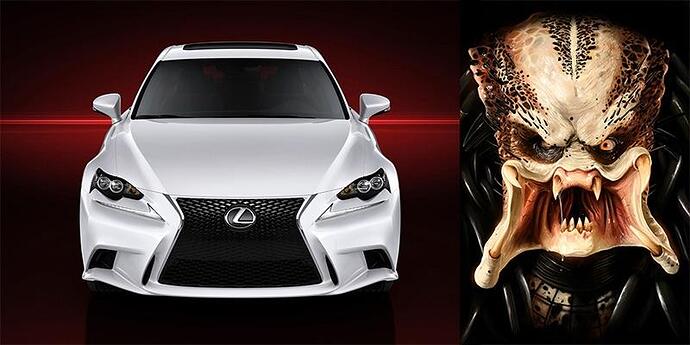 I have a friend at work that has been investigating EVs and PHEVs for purchase for several years. He said that he would never buy a Tesla based on the complaints he read on Tesla bulletin boards. The complaints related to reliability and mistakes in fulfilling custom orders. He said that body colors were wrong and the only alternative was to get back in line for another year or more delay or accept the car anyway reliability was also panned by Consumer Reports. I’m not sure which model, but CR changed from a recommended model to recommended no-buy because of poor reliability. BTW, my friend ended up with a 2020 Volvo S60 T8 and he is trading it in on a new S60T8 that has more horsepower without the supercharger but still uses a turbo. The dealer offered him a trade value a couple grand below the cost of the new car and he jumped on it.

IIRC, that was the Model S. When they first tested it, it was given a close-to-perfect score for its handling, power, and other characteristics. W/in a year or two, after reports of very poor reliability began to come in, they changed their former thumbs-up recommendation to a stay-away description.

Then you have to consider that in one of the past quarters, Gm sold a total of six electrics for one reason or another. Not to mention that at least ford and Gm hate small cheap cars because there is not enough profit in them. So how is that marketing plan going for ya again Mary? Check all the boxes and lose money, kinda like target,

Tesla had a huge lead

2021 numbers, Tesla boasted 2 of the top selling 5 cars in California.

2022 numbers even more impressive for Tesla, now Tesla’s are the two top-sellers in Calif 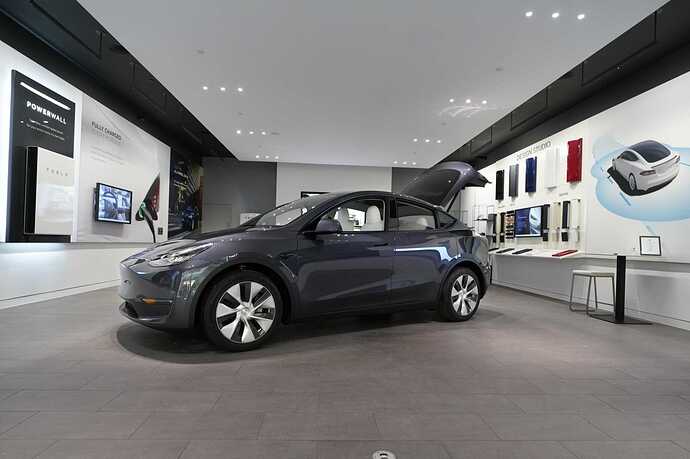 The best-selling car in California is the Tesla Model Y. Here are the other...

Two Tesla models are the top-selling new cars in California so far in 2022, a marker of...

In the past couple of years I’ve seen a lot more Teslas on the road In Maryland.

In the past couple of years I’ve seen a lot more Teslas on the road In Maryland.

… and in NJ.
On my weekly jaunts to Princeton, I am always amazed at how many Teslas I see on the highways.

Chicago is the only place I have really seen them a couple times outside of once in a while on the road. Saw one who looked like he was checking out a gas station a few months ago. Like I said just fine for a second car or use in the city but not so fine if you need one for multiple uses.

Lots of Tesla’s around town, at least since the model 3 came out a few years ago, but the Bolt, Ford Mach-e, and the Hyundai/Kia EV’s are also showing up regularly, the Bolt owner’s I know are happy with their vehicles and it meets their needs for daily use, same with the Kia Niro EV owner’s i’ve talked to.

Have had two lemon Model X’s among my friends. When they were new, the body panels were all over the place. If I was buying that car as a used car, I would pass as a car that has been in a major accident.
IMO, they are overpriced, but here, in Southern CA, you would think they are giving them away for free. The Model 3 is the new Corolla/Civic and I have two friends that recently totaled their cars and they just bought a Model Y without even a test drive.
The more affordable EV’s are more difficult to buy and the dealers add to MSRP. But tiy can put money down for a Tesla and get it at MSRP. The problem is that if you want it soon, you have to opt for the more expensive, performance models.

2021 numbers, Tesla boasted 2 of the top selling 5 cars in California

Cars can be used to virtue signal to others.

Maybe at first, when the choice was between a 75-mile range Leaf and a 150+ mile range Model S, but that hasn’t been true for a long time. There are plenty of EVs out there to “virtue signal” with that aren’t Teslas. People buy Teslas for the same reason they buy Ferraris. They’re crap cars for the money they get, but they have the “cool/exotic” factor that makes up for it.

This is why I suspect if Lucid doesn’t step in it, they’re about to wipe the floor with Tesla.

And I’m quite tired of hearing about the lack of infrastructure argument. We didn’t have gasoline infrastructure when Benz made the Patent-Motorwagen, but we built it because there was consumer demand. The same thing’s gonna happen with the electric infrastructure. If it’s needed, it will be built, just like we always do.

People buy Teslas for the same reason they buy Ferraris.

I can’t say why people buy Teslas–other than the obvious desire to avoid having to buy gasoline–but there are a LOT of them in my area. When the Model S was first introduced, I was surprised when I saw one. Now, I’m surprised if I don’t see 8 or 10 Model 3 Teslas every day. By comparison, I might see only 1 or 2 Mitsubishis, so there is obviously a trend in favor of Tesla at this point. But, sufficient lower-cost competition could easily knock Tesla from their perch.

This is why I suspect if Lucid doesn’t step in it, they’re about to wipe the floor with Tesla.

Agree! I have seen a couple near me. They look spectacular.

And I’m quite tired of hearing about the lack of infrastructure argument. We didn’t have gasoline infrastructure when Benz made the Patent-Motorwagen, but we built it because there was consumer demand. The same thing’s gonna happen with the electric infrastructure. If it’s needed, it will be built, just like we always do.

There are even Goodwill stores around here that have EV charging. That wouldn’t have been my first prediction but hey, whatever works!