I got an old toyota 7k-E gasoline engine with automatic transmission. After about 150k miles instead of replacing the engine I had it rebored and rebuild. Then I noticed fuel consumption got so high. Before the repairs it did 28mpg / 12kmpl. Now doing only 11mpg / 5kmpl. About a week ago emission test failed cause too much CO. I still haven’t figured out what went wrong. After a long ride I can smell gasoline near the engine. But there’s no leak in any lines. No performance difference. MAP sensor, Oxygen Sensor and Throttle position Sensor are working fine. Already replaced air filter. New spark plugs were installed but they turned into pink.(I’m assuming rich gasoline mix?) Noticed very noisy injectors (“click” sound) I still can’t figure this out.
*Is it valve train? Can it cause high fuel consumption?
*A problem with gas tank return line?
*Injector issue?
*Low octane or low quality gasoline? (Using 92 octane)
*Rail pressure issue, rail pressure sensor maybe?
Sorry for my bad english. Not a pro. Please help me out here mechanics says they can’t figure this out.

A stuck thermostat can cause a major drop in fuel economy, so it’s worth checking for that.

Why, exactly, did the engine need replacing after only 150,000 miles?

Exactly what was done in the rebuild?
How much was it “bored out”?
Were any modifications made? If so, what?
Lastly, have you spoken to the rebuilder? If so, what did he say?

Offhand, the symptoms make me suspect that the valves may not be properly timed, however there are too many unknowns for me to stand behind that theory. Do you know what the HC levels were when it was smogged?

Note that this engine may have a variable valve timing system. That may not be functioning.

High CO levels say incomplete combustion. That could be weak spark, rich fuel or both. A cold running engine could give that, too so check to make sure it gets up to the proper temp quickly. If the HC levels were also high, I’d say this thing is running rich and you should focus on the fuel system. I’d check fuel, anyway.

Hook a pressure gauge to the injector rail and drive around. Does the pressure hold steady or does it change? Does it rise too high? That may indicate a clogged return line or a bad regulator. Too high all the time and I’d say return line restriction. If the fuel pressure reads OK then;

Compression test - wet and dry - all the cylinders. It might be that something was not done correctly on the re-build and that is the way to find it. If the rings aren’t sealing and haven’t seated the engine will use lots of oil and not build enough cylinder pressure to run properly.

Okay after checking, I’ll leave a reply. Thank you for helping. Sorry for bad english.

Is it too early? Well it began to burn engine oil and blue somoke came out. Then I took the vehicle to a mechanic. He said pistons were damaged and should replace the engine or rebuild with new pistons. As he said pistons and piston rings were worn out. Scratches were all around the pistons. He preferred to replce with a 3C turbo diesel engine. I preferred the gasoline one and to rebuild it. What would you prefer?
(I’m not an expert with these kind of things and I don’t know exact words)
So anyway he said he only did was rebor the block to 0.25 and install slightly big pistons in the engine block. Same efi, same injectors.
New water pump
New spark plugs
New Transmission fluids
New Belts and etc
After the repairs I immediately noticed that engine sounded different. But I ignored ad thought it will be all right after couple thousand miles. Well as you can see nothing came back to normal. Engine sounds funny with noisy injectors (I think), fuel consumption got so high. When I asked from my mechanic he said nothing’s wrong everything is working fine. But it doesn’t.

** So what do I do? How do I check if there’s variable valve timing? Is there any symptoms?

Note: Engine works fine. There’s no missfire, no knock sound, no visible smoke coming out from exhaust system(only some dripping water), start up fine in the morning, temperature is normal

HC levels are low but High CO levels only on high rpm
Okay I’ll check that. I’ll leave a reply after inspection. Thank you for your help… 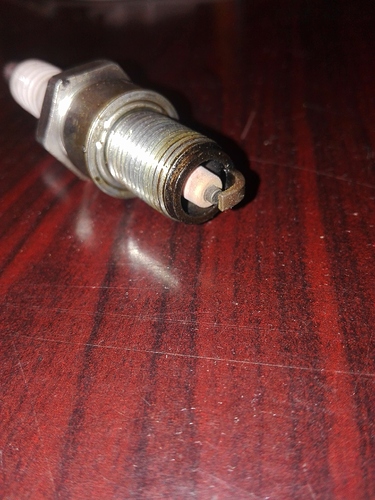 I’m a new user so I can’t upload attachment. I have it on video. Simply can hear the click sound and it’s so loud.

Is it too early? Well it began to burn engine oil and blue somoke came out.

That’s early for those problems. Prior to the event, did you monitor your oil level and keep the maintenance up to date?

I preferred the gasoline one and to rebuild it.

That would have been my preference too.

So anyway he said he only did was rebor the block to 0.25 and install slightly big pistons in the engine block.

Did he work on the head at all?
Did he perform any tests, like a compression test, after the rebuild?

Well I did some stupid things. One time I ran 30000 miles for like 2 months and didn’t change oil once. Sometimes ran on low oil levels. That would’ve been the reason.
No he didn’t do any of those tests. Looks like he and I are both idiots.
*Engine removed from the mounts
*Bored out
*Installed new pistons and rings
*Reassembled all the parts
*Started the engine leave it on idle for 48 hours and that’s it.
Oh god this is killing me. I’m searching for an error for like 2 months now.

And in your earlier reply, doesn’t it have any symptoms when it comes to variable valve timing??

After a long ride I can smell gasoline near the engine.

See if a mechanic with a tailpipe sniffer can search for a fuel leak in the engine compartment after a long ride.

*Started the engine leave it on idle for 48 hours and that’s it.

Those statements make my head hurt.

Dylan you need to slow down and get this thing operating as it should and I think a different mechanic is in order. Also this is not the vehicle to do Fast and Furious things to like the larger diameter wheels in your other post.

You drove 500 miles every day, 7 days each week?
Or, if you were doing an incredibly long commute to work, you drove almost 700 miles each work day?
REALLY?

And in your earlier reply, doesn’t it have any symptoms when it comes to variable valve timing??

It would be sluggish, along with poor mileage, it might even sputter when you try to accelerate, but I don’t know how it was or is operating. I was simply offering a possibility.

One time I ran 30000 miles for like 2 months and didn’t change oil once. Sometimes ran on low oil levels.

Consider the cost of the neglect and abuse to have purchased an education. But only if you learned not to do it again.

I think it’s 20000. Don’t remember correctly. But I’m sure I skipped 2 or 3 oil changes. It’s traveling around the country everyday. Now I learned my lesson and never skipping service maintains on any vehicle

Hey thanks for your reply. I’ve checked valve timing and there’s nothing wrong. Now I’m thinking about just replacing with a new one or a diesel one. Cause I’m burning money twice as much as before.

And hey now I’m following an automobile course for like two months. I can understand how stupid those things were.

Now I have basic knowledge about the engine. But I don’t get what happened here.

My whole body hurts when I think about those moments

As I stated in my other post these are two different vehicles.
And hey I’m doing fast and furious things with an old ford 2.5

That’s great idea! I’ll do that. Thanks a lot.

That plug looks really good, not like an engine running too rich. I think you have an external fuel leak although the clicking sound you mention concerns me. Maybe the valve lash isn’t set correctly.

Did you remove the timing chain cover and check the timing marks on the camshaft and crankshaft gears?

By the way, those old pushrod engines don’t have variable valve timing.