recently I purchased a 2003 BMW 325xi with a turn signal problem. The problem is, the turn signals don’t work at all (not even a clicking noise), and the high beams also don’t work (its on the same stick). The hazard lights also don’t work. The thing thats confusing me the most, is that the regular lights are staying on. The front headlights and rear taillights won’t turn off, they’re only on low beam though, not high beam. But when I turn the high beams on, nothing happens. The high beam light doesn’t even come on in the dashboard. I can’t turn the low beam headlights off, even with the switch set to off, and the hazards, turn signals or parking lights do nothing.

I can’t seem to find anyone on any forum that has had the same problem as me. I believe it may be the turn signal stick, but it may also be the light control module. However, I have heard that a failing light control module will cause the lights to not work at all, or flicker, which my lights are not doing.

Also, I checked the fuses, and there are no blown fuses upon VISUAL inspection. The light control module and brake light fuses are not blown out.

I also believe it may be the stick, as the stick has on onboard computer that, when malfunctioning, may produce these issues.

If anyone could help, it would be appreciated!

EDIT: Mechanically, the switch appears to be totally fine. It returns to the resting position just fine. 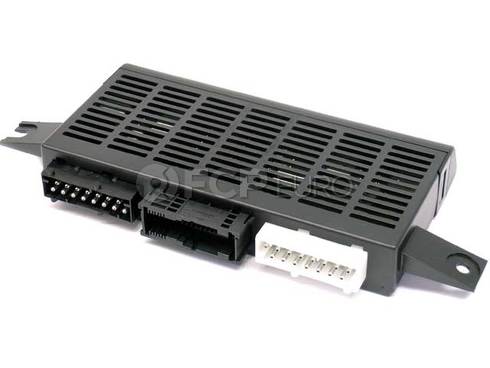 What is a BMW Light Control Module? (LCM)

Whilst generally reliable, LCM problems include headlights staying on after the car is shut off, indicators randomly flashing, high beams not working, and other random gremlins. Water damage is the number #1 cause of LCM problems.

The lights do not stay on after the car is shut off, only when it is on. As soon as the car is shut off, the lights turn off with it. The indicators don’t randomly flash, to me it seems as if the entire turn signal/high beam stalk is basically broken. Everything else appears to work just fine, the radio, the interior lights, the dashboard lights, etc, just it won’t turn the turn signals/parking lights on, and it won’t turn on the high beams.

Thanks for the reply!

I suspect you’re correct that the multi switch is bad. I presume cruise control works. If it doesn’t that’s a different but related problem.

I haven’t tried cruise control yet… didn’t think of that.

I had similar troubles with the multifunction switch in a Plymouth minivan. I removed it, took it apart, cleaned out the grease. I used electronic parts cleaner on the contacts, then lightly greased it. It worked fine after that.

It was not an expensive part but I often like to spend more time and less money on things, out of curiosity as well as economy.

The reason I ask is that there’s s bunch of wires called a “clock spring” that allows the steering wheel to turn with various switches attached to it. I have no idea if the turn signals are connected to the “clock spring” but it seems possible and it would potentially affect cruise control.

The turn signal stalk is connected to the clock spring. I still have yet to take my wheel apart to look at that, that may potentially be a cause.

EDIT: No, I don’t believe it can be the clock spring, as the volume buttons on the wheel function properly, as well as the hill descent control and cruise control buttons

Well, rats. Sorry I wasn’t more help. Maybe try a BMW specific forum or wait for tester to chime in again or another real mechanic to reply.

Nah man, you’re good. I’ve just put a thread up on a Bimmer forum- hopefully I can get some replies.