Helping friend with oxygen sensor issue - replace others or not?

I recently helped a friend replace an oxygen sensor on a 2003 Silverado. He was getting a code for upstream sensor on bank 1 so we changed that one. He was going to take it to a shop for several hundred dollars but the part was a bit more than $50 and that was it. I told him he would save that money in a week in gas based on how the truck was running and how bad the exhaust stunk. It was obviously in a limp mode and running very rich, possibly shortening the life of the converter and other components.

He isn’t made of money but I told him it might not be a bad idea to replace the other upstream sensor soon as well. Is this a good idea or should he just wait until that one fails? Also, I figure the downstream sensors should just be left alone unless they go bad. I know these are not nearly as critical as the upstream ones for performance and economy.

I know there is a range of performance on these sensors and that they don’t always fail in a black and white manner. They can get lazy over time but still be close enough to spec as to not throw a code. At the very least, the guy no longer has a code and the truck is running MUCH better.

Any other advice on this?

I did this. I put in just one in bank1, but there was a slow response code for both. Now the engine speeds up and down like it’s going to stall but it doesn’t stall after starting from cold. After a minute it smooths out. I think it can’t handle the slow response from bank2, but bank1 is running just fine which is why it doesn’t actually stall. It used to stall and require a restart on cold starts. The vehicle has been sitting a lot so they went bad more due to age.

If one went bad then the other one is close.

I tell people when it comes emission components “Wait for the Check Engine light to turn on indicating a problem”.

Agree with @Tester I’ve replaced 3 of 4 O2 sensors on my truck. All for bad heaters. The first at 85K, next 2 around 110K and the 4th is still OK at 147K miles. I can see that they aren’t “lazy” on my scanner. They aren’t expensive nor hard to reach but why replace something not broken?

I wouldn’t replace a part on the off-chance it might break later. That just introduces more variables to deal with. Replacement part could be non-oem & faulty right out of the box for example. If wanting to do more, suggest a scan-tool signal analysis comparing signals from all four O2 sensors. 2 pre, 2 post cat. The pair on each side, if all four working correctly, should produce very similar signals, with the expected releationship pre vs post cat.

Were I in this position, if the truck is running well now, I’d say “good enough”.

I’m sort of surprised the truck’s O2 sensor failed in the first place. Not a common failure item except for the heater and heater circuitry. Was it the heater that failed? Did the exterior get soaked in oil?

If it was just the heater that failed, keep the faulty part. Can do experiments with propane torch and volt-meter, use it to compare to other O2 sensors in future, which may or may not be faulty. 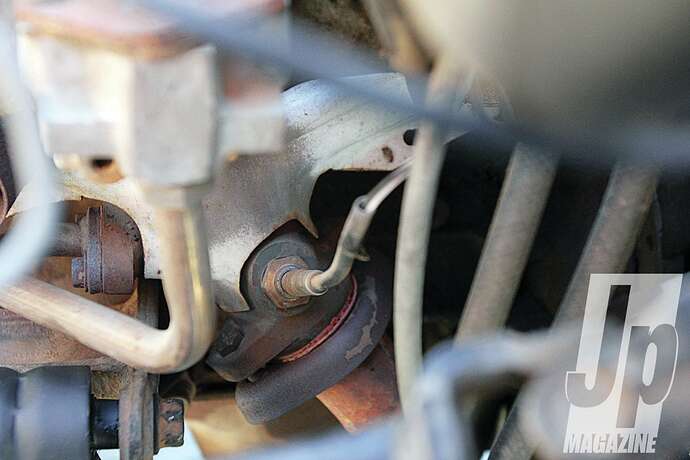 Last month, we kicked this series off by showing you how to save some money by diagnosing a bad MAP sensor rather than just chucking cash at new parts that may

I recently helped a friend replace an oxygen sensor on a 2003 Silverado.

have your friend check for broken exhaust manifold bolts. Very, very common on these engines, and can throw O2 sensor codes. Upstream sensor can sense more air than expected, and cause the ECM to add more fuel to compensate.

Good idea. I have another friend with a truck having that problem and it sounds like it has a lifter tick or something because of that. That truck is a pretty bad beater with some other problems and I think the guy is going to sell it as is since it has like 400,000+ miles on it. He smoked a deer in it not too long ago while I was riding in the truck with him which bent the bumper and knocked out the fog light. The rear main seal has been bad for a long time so it seems the oil pours out as fast as he can put it in. All things considered this isn’t a bad truck but it is a beater for sure and has some problems.

I will say the O2 sensor guy has commented how it runs like a new truck now for two days so I think the sensor was actually bad. I am not sure why the old one failed. I wonder if something was bad in the wiring as it was like the sensor just wasn’t even there. I should have him rent a nice scan tool and compare the sensor outputs and how quickly they respond. If the other sensor is close, then just leave it alone.

Concur, seems like a pretty good chance the sensor itself (rather than the heater) was faulty; otherwise, if only a sensor-heater problem, truck would have run ok once the engine heat had heated the sensor enough to get it working.

Nope. It ran like crap for 50 miles so was probably the sensor. Either way the sensor needed to be replaced as he still comments how well it runs.

He isn’t made of money but I told him it might not be a bad idea to replace the other upstream sensor soon as well. Is this a good idea or should he just wait until that one fails? Also, I figure the downstream sensors should just be left alone unless they go bad. I know these are not nearly as critical as the upstream ones for performance and economy.

It’s better to clarify for you what you cana really do with it, doesn’t it? As the more I read your situation, the mor I understand that my mechanic is genial. And I don’t want to look anyone else because of this.