2007 Chevrolet Silverado Classic 1500, 5.3, 215k miles. One of the heater hose QDs (quick disconnect) broke. I had to cut both hoses and use a hose barb to bypass the heater core for now.

One of the heater hoses has a plastic collar around it at the connection, like a hose clamp, but it does not appear to be removable. I also noticed it on several other cooling system hoses. Do you just brake them to get them off and use a regular hose clamp on the replacement hoses. I am considering replacing all the hoses to ward off future problems.

Another example of the difficulty enhancement engineers at GM at work.

No, you don’t break them off, you disconnect them with a special tool you can buy or borrow at many auto parts stores for free. Similar to fuel line disconnect tools. 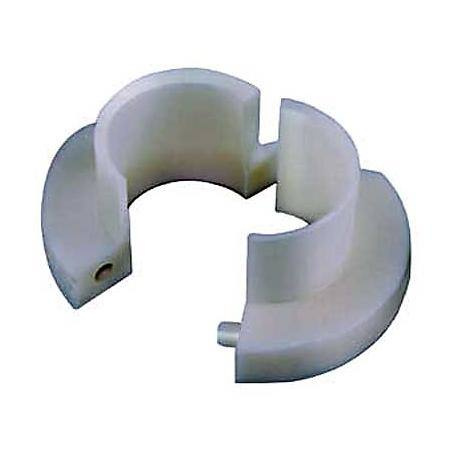 Then just buy a new hose with the fittings on the end. You didn’t say which one but likely something like this;

Notice quick connect on one end and plain end with a clamp at the other. These are similar to fuel line fittings used on most cars these days. 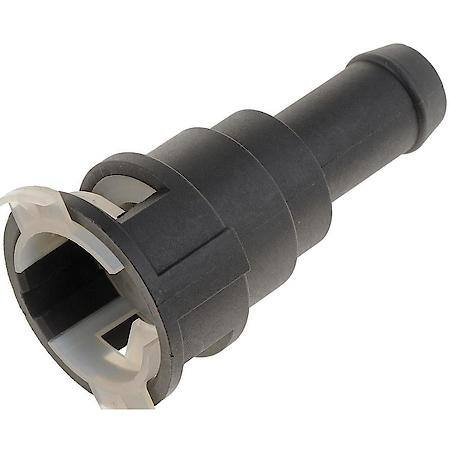 And use your old hose with a clamp.

The GM engineers (lots of other cars have these, too) did this to reduce the time it takes to assemble the truck. Really a pretty simple and easy fitting once you understand how they work.

Those are not the same things on my hoses, they do not snap apart. However, I found the complete assembly with the heater hose, QD, the Y fitting, the short hose to the waterpump and the fat hose to the reservoir, fully assembled so there won’t be any need to take the old one apart. Just an R&R. The hose that has the QD that broke, I will have to assemble myself but it is just the hose and the QD and two spring type hose clamps.

Is there a way to convert to jubilee (worm-drive) hose clamps for all those heater hose connections? If so, that’s probably what I’d do.

Another place where speedy assembly is more important than long term function. I’m starting to feel like a cranky old man about this stuff.

The ends of the heater core are not flaired. You could slip the hose on and clamp it down but that could be risky as under enough pressure, the hose might slip off. I would NOT use a worm clamp though, only a spring clamp.