So a guy is thinking he can “run” his gasoline car on gasoline blended with used motor oil to increase mileage and increase power. He has an entire 55 gallon drum full of various mixed automotive fluids like oil, transmission fluid, gear oil, etc. and thinks this would be a great way to get rid of it while saving money. I cannot really think of a good thing about doing this besides maybe some upper cylinder lubrication but the other consequences are likely not good.

I would think all those additives that aren’t meant to be burned would foul pretty much anything emissions related and create deposits inside the engine.

Someone mentioned adding some E85 to each tank while this is being done as well to keep it clean and allow it to burn hotter.

I am thinking this is all around a bad idea. I can maybe see adding some two stroke oil in limited amounts for cylinder lubrication but it would likely have to be the water cooled variety used in boats.

I heard about people burning stuff like this in older low-tech diesels but not a gas engine. Even then, I would be concerned about what additives in gear oil, etc. could turn into when burned.

I understand that used oil has a decent value as a form of heating oil so he should just sell that full drum for a good price and be done with it. 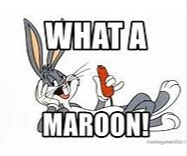 Yeah, I know. It isn’t a compression ignition engine so what would this even do? Just smoke?

He probably found in a book somewhere that there is more chemical energy per gallon in oil than in gasoline. That much is true.

He would want to dilute it 50:1 or less to avoid smoke. If the car is less than 40 years old, he will likely plug fuel injectors. Some of those fluids will burn to an ash, so he will eventually plug his catalytic converter. There are additives in motor oil and hydraulic fluid that will eventually contaminate catalysts and oxygen sensors. But what the heck, it’s his car.

As above, dilute 1:40 or 1:50, then use it in a Flathead, easier to remove heads to clean out deposits.
Any vehicle with emission controls—no way.
As far as in a two stroke, not coming near my outboard!

I would encourage him to begin this experiment as quickly as possible and to regularly post results and videos.

I wouldn’t run that mix in my lawn mower…

When I worked at Yellow Freight they dumped the used crancase oil into the fuel tank of the tractor they took it out of. Made them run bad,down on power and smoked like mad. They paid us by the mile so did not care if the run took longer.

One thing motor oil in gasoline will do is lower the octane.
Just another reason it’s a bad idea.

Our town as Waste Oil Burners. But that’s completely different then this idiotic idea.

Another genius of the internet. Used motor oils have heavy metals and poly aromatic hydrocarbons as a result of being used in an internal combustion engine. Waste oil facilities have means to filter and capture these elements before they are spewed into the atmosphere. Many of the heavy metals are known toxins.

I think the best bet is to sell as waste oil. I would think he might be able to get someone to come take away the whole drum or suck it out and pay him by the gallon.

This is an overhead cam fuel injected car with emissions, not some old flathead from the 1950’s. It is also not a diesel which can do this in a pinch even if it isn’t a good idea.

It is also not a diesel which can do this in a pinch even if it isn’t a good idea.

I used to work with a guy who drove an 80’s era Mercedes diesel. Whenever someone did a transmission flush, he would ask “How bad was that fluid?” If it wasn’t full of debris he would empty the machine into 5 gallon gas cans and use it in his car.

It seems like this must be common with transmission fluid as that is the fluid I most often hear referenced. I think most at least pour it through a filter made of an old shirt or similar to get the big crap out of it.

Apparently this also works with those old GM diesels. There is a guy in town who is fond of those. His first car was one that his grandma gave him when he turned 16 with a blown head gasket and he went through and fixed it himself. He now owns several and says they were dead solid reliable by the time GM killed them because of all their earlier problems. Retrofits on the head bolts, fuel/water separators, etc. apparently also help with the older more troublesome ones. Of course these things don’t have enough power to get out of their own way from what he has told me about them but are reliable and get great mileage.

He works at an automotive repair facility and seems to have a real thing for collecting all the used transmission fluid to use as fuel in these things.

The funniest story he told me was when some big truck decided to “roll coal” on him while driving his grandma’s old Oldsmobile or whatever. He caught up to the truck, put it in neutral, and really revved it up. Apparently this things can roll coal with the best of them and the guy in the truck looked shocked that a grandma car was smoking him out.