This is pretty sad, a 10-year known safety problem that killed people but was kept hidden from GM upper management.

Recall at G.M. Is Early Trial for New Chief

Facing the recall of 1.6 million cars weeks into her tenure as chief executive, Mary T. Barra has taken the lead role in handling the crisis, starting an internal inquiry and ordering a rare public apology.

Hopefully Mary Barra will change the culture and encourage people to report problems instead of hiding them.

There is more to it than the NY Times article indicates. Read further about this USA Today article.

Apparently it was investigated and did not meet NHTSA requirements to demand a recall. DOT is looking into it, too. IMO, the Times correspondent should be at least reprimanded for shoddy reporting. It seems that the NY Times is just another sensationalist rag based on this story.

I find it hard to believe that GM executive management never new about this issue until recently. Rick Wagoner was booted out almost 5 years ago and the supposed new culture put in place. That would have been the time to uncover this problem and blame it on the old management. It’s too late for that and Mary Barra was certainly in a position where she should have known. Some middle managers/engineers are being set up as scapegoats. This makes me wonder if GM has really made a turnaround.

I agree with Mr. Sanders about the Times being a sensationalist rag and the shoddy reporting in that story. A drunk 16 year old, wide open throttle, wrong side of the road, 3X the speed limit, rolls the car after plowing into trees, and blame pointed at the switch?

As to coverups, they all do it. Ford with the TFI modules, Toyota and Mitsubishi with ball problems, and an issue that I’ve personally witnessed in the past multiple times. That was Subaru covering up a pinion spring problem in the steering racks in which the springs were changed out by the factory reps and left no paper trail.

Maybe part of the reason GM upper management weren’t told of the problem by subordinates is that NHTSA didn’t bother to demand a GM recall in 2007, which is what the USAToday story reports. If NHTSA has demanded a recall in 2007, then top GM officials couldn’t have been kept in the dark.

And if you read the Times story, it’s more about Mary Barra and how she’s dealing with the problem. The Times has run several articles on Barra in the past, generally positive in tone.

The NY Times article never mentioned that the NHTSA reviewed the issue in 3 separate incidents in 2004, 2005, and 2006. Read the USA Today article I posted a URL for. The NY Times article is strictly bush league. The reporter and especially the editor(s) that let this go to print should be embarrassed. At least. The managing editors should be on them like green on grass.

I’ll read the articles a little later but wasn’t the BIG problem that the air bags didn’t work after the ignition shut off? I thought that the capacitors stored power for a period of time so that even if the ignition shut off, the bags could still be deployed from the capacitor? Any car can shut off unexpectedly and you have to deal with it, but if air bags don’t then work, would be a more important issue to me.

Yes, the issue was that when the ignition switches slipped into “accessory” position they disabled the airbags…at the same time shutting off the engine and causing the crashes.

As for the NY Times article, its focus is on how Mary Barra is managing the problem now at GM, not how NHTSA failed to mandate a recall. Read the headline. It’s about Mary Barra and how she’s performing in her new role at GM.

The USAToday article has a completely different subject: the former head of NHTSA and her criticism of NHTSA for failing to mandate a recall.

Two completely different articles with different subjects. One is how Mary Barra is handling a crisis in her new job running GM. The other is how a former head of NHTSA is criticising NHTSA for failing to mandate a recall. The only connection between the stories is that they both relate to the ignition switch problem.

Neither story claims nor attempts to tell the full story of the 10-year ignition switch problem, who knew about it, who didn’t, who covered up what, why NHTSA didn’t mandate a recall, etc. etc.

It was also about how GM failed for more than 10 years to uncover their little secret. It was clearly not a secret as the NY Times would have us believe. Refer to this paragraph in the article:

“Perhaps most disturbing was that G.M. officials had known for a decade that the switches could fail and cut off engine power and electrical systems in the cars, disabling their air bags and leaving occupants vulnerable to serious injury and death.”

There is no mention that NHTSA studied the issue and never requested a recall. This bit of information would reset the tone of the article dramatically. Because it is missing, the article is biased against GM and CEO Barra. Their job is to report news and not fabricate it.

Biased against Barra? Did you read the article? It says she personally had no knowledge of the problem until recently and is acting quite capably to manage it. It doesn’t blame her at all, and portrays her as acting quickly and decisively when she learned about the problem. Which in my book is praise for a CEO. And if you go read prior
Times articles on Barra, you’ll find they are all positive in tone.

Biased against GM? How? Their lower-level people failed to inform their management of a safety defect that resulted in 13 fatal accidents. What news has been fabricated? It’s clear that lower level GM employees knew the switches were defective, with or without NHTSA. People like Mary Barra and Bob Lutz at the top did not know, because their underlings knew the switches were defective and failed to tell them. Those are the facts, which is why Barra is ordering an internal review to find out how this critical information was kept from top management.

You seem to feel it’s biased to report that some (not all) GM employees hid a problem from upper management that resulted in the deaths of at least 13 people, when those are just the facts. And if I were the relative of one of those 13 dead people, I’d be pretty upset…not trying to protect GM’s tarnished image.

You seem to want to blame NHTSA, or the NY Times, instead of the lower level people at GM who knew there was a problem and hid it from management.

Hey, I like Mary Barra and hope she can turn GM around. I hope GM succeeds. But let’s not whitewash what happened here.

Hang enough weight from your ignition key and with random lack of swivel action from the key ring or whatever connector is being used to fasten the hanging weight to the key, it’s not difficult to imagine that the inertia of the swinging weight could turn off an ignition switch.

If that were true, this would be happening on many different vehicles. But it only happened on a few GM models because those ignition switches were faulty. They did suggest that owners remove excess keys from their keyrings. But that’s like not recalling a leaking gas tank and instead suggesting that people not smoke near their cars.

@jtsanders, by the way, the NY Times just published a separate article focusing on the issue itself (and not Mary Barra) in which they exhaustively investigated the NHTSA records and why NHTSA failed to act:

Federal safety regulators received more than 260 complaints over the last 11 years about General Motors vehicles that suddenly turned off, but they declined to investigate the problem.

If you read both articles, it is clear that NHTSA was aware of the problems. This makes the assertion that the issue was hidden hard to believe. To me, that is making news rather than reporting it. NHTSA involvement is a crucial element that was not stated in the report. And if NHTSA knew and chose not to demand a recall, why would lower level GM employees bring it tot he attention of executive management? The article is not entirely negative with respect to Ms. Barra, but it seems to me that it tries to make a case for a coverup, and I have seen no evidence that occurred. Since the government was aware of it and investigated it, the opposite would seem to be more likely.

“She (Barra) also ordered an internal investigation by an outside law firm, which G.M. has not named, to uncover how the problem with ignition switches continued for so long without G.M. taking action…”

“According to a chronology of events that the company submitted to the government, G.M. officials were aware as far back as 2004 that keys in ignitions could be jostled and cause engines to shut off, deactivating air bags. The chronology also shows that unnamed employees at the company knew at various times of frontal-impact crashes linked to ignition failures.”

And she and Bob Lutz have said they were never told of this issue before. Are you saying they’re lying? I actually believe them.

So Mary Barra is ordering an internal investigation to find out why lower-level GM people knew about the issue and top management did not.

Those are the facts. Call it whatever you want if you don’t like the word coverup. The article is only reporting what GM has told the entire world about their internal investigation. (By the way, the article doesn’t call it a cover-up, I did.)

As for the lower-level GM people who knew about the faulty switches, it’s their job to fix problems with their own products that are killing people, whether or not NHTSA forces them to, or at least elevate it to management. It’s not their job to cover their a**es and hide the problem from management.

And by the way, the former head of NHTSA also calls it a “cover-up” by GM, as well as criticizing her former agency for not mandating a recall: 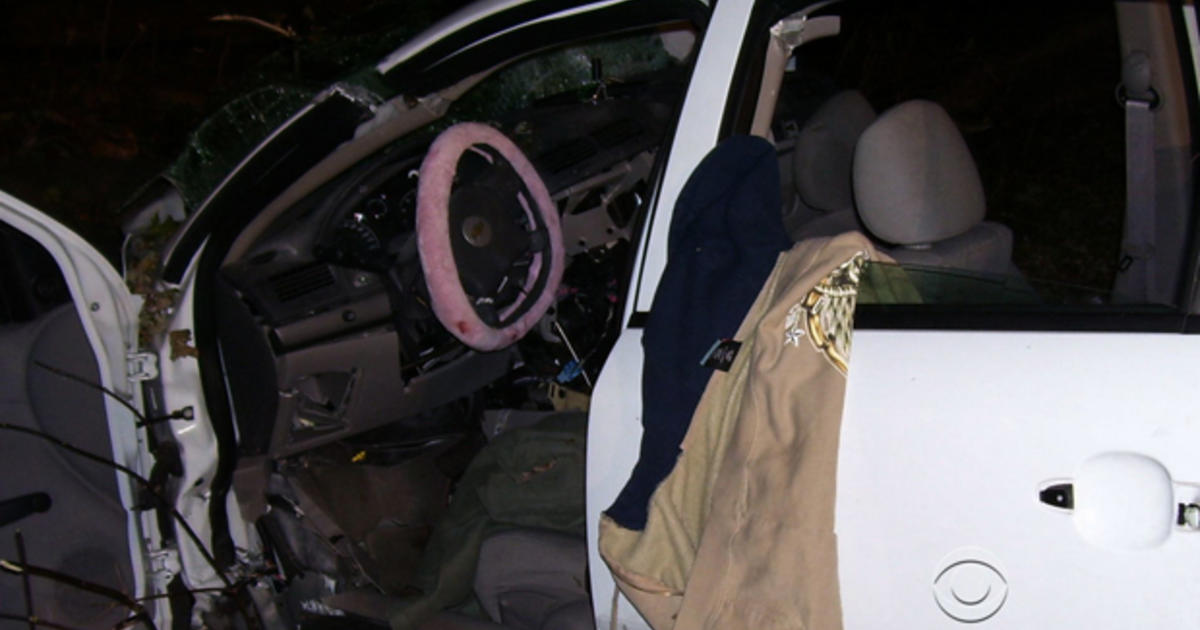 Didn’t GM know for like 10 years about head gasket problems in some of its engines?

Maybe, but head gaskets don’t kill people, so the urgency isn’t quite the same and it’s a little more forgiveable to let a head gasket problem continue. Subaru is also guilty of that.

I would have expected GM to have lost its arrogance after all they went through. The standard procedure in the past was to hire expensive lawyers to say there was no problem, instead of actually fixing it.

It confirms my belief that GM has not even reached to stage of the reformed drunk who is now off the wagon. I may not live to see the day when I would seriously look at a GM product again.

Didn't GM know for like 10 years about head gasket problems in some of its engines?

It was intake manifold gaskets. And GM knew about them for close to 15 years. It effected ALL V6 models and some V8 models.